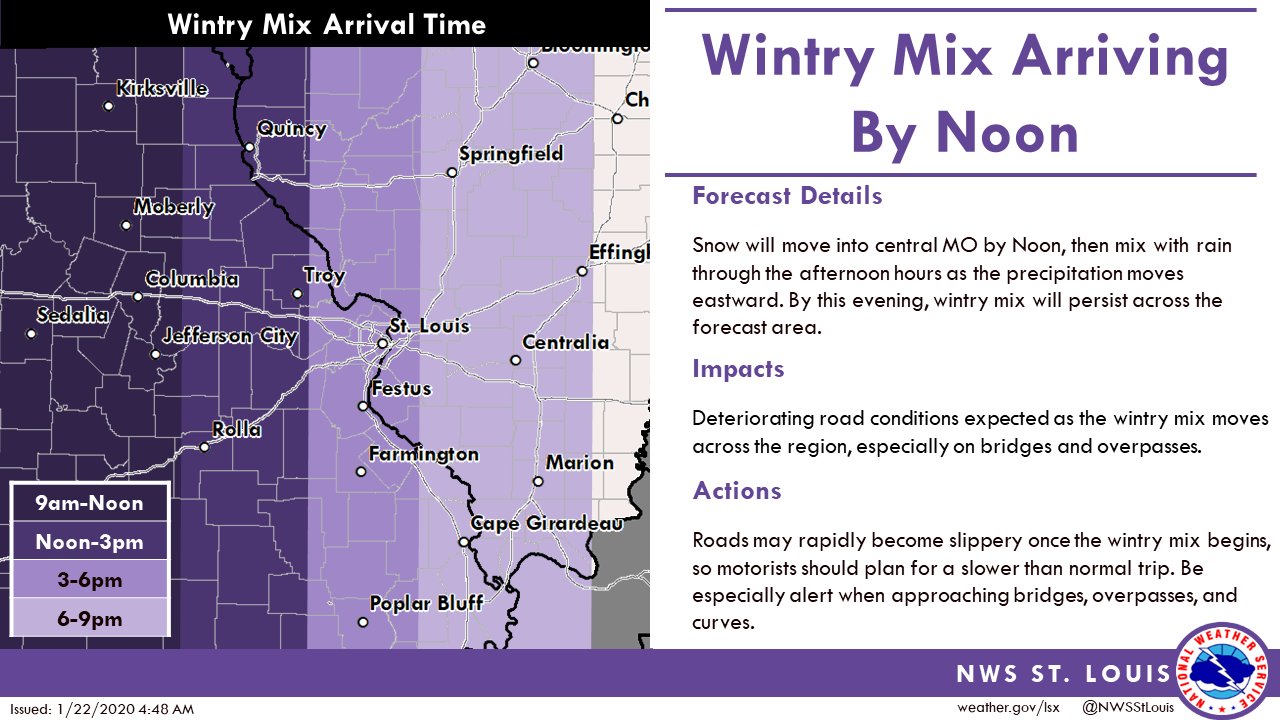 Pictured above: The National Weather Service in St. Louis released this chart showing when a wintry mix is expected to arrive in St. Louis Wednesday.

Another wintry mix is forecast for Wednesday night through Thursday morning in the St. Louis region, despite a similar forecast last week that was mostly a bust.

The National Weather Service in St. Louis has issued a winter weather advisory through noon Thursday for an expected round of ice and then snow. Another round of snow is possible Thursday night through Friday night. Through Friday night, the St. Louis region is expected to get 1 to 2 inches of snow overall and roughly a tenth of an inch of ice accumulation.

Mixed precipitation is expected to start Wednesday night, with a greater than 50 percent certainty, the NWS said.

One forecast model expected the bad weather to start around 6 p.m. Wednesday, but the most recent Twitter posts from the NWS STL call for the wintry mix to start between 3 and 6 p.m. for St. Louis and between 6 and 9 p.m. farther east in Illinois and continue overnight.

The wintry mix is coming from the west, so it is expected to hit central Missouri by noon, then head east. As the weather moves east, it will mix with rain for more of a wintry mix. That will lead to rapidly deteriorating road conditions, the weather service cautioned. Extra caution is needed on bridges, overpasses and curves.

Before sunrise Thursday, the wintry mix will transition to just snow for much of the area north and west of St. Louis. The snow/mix will then transition to all rain late Thursday morning, the NWS projected. 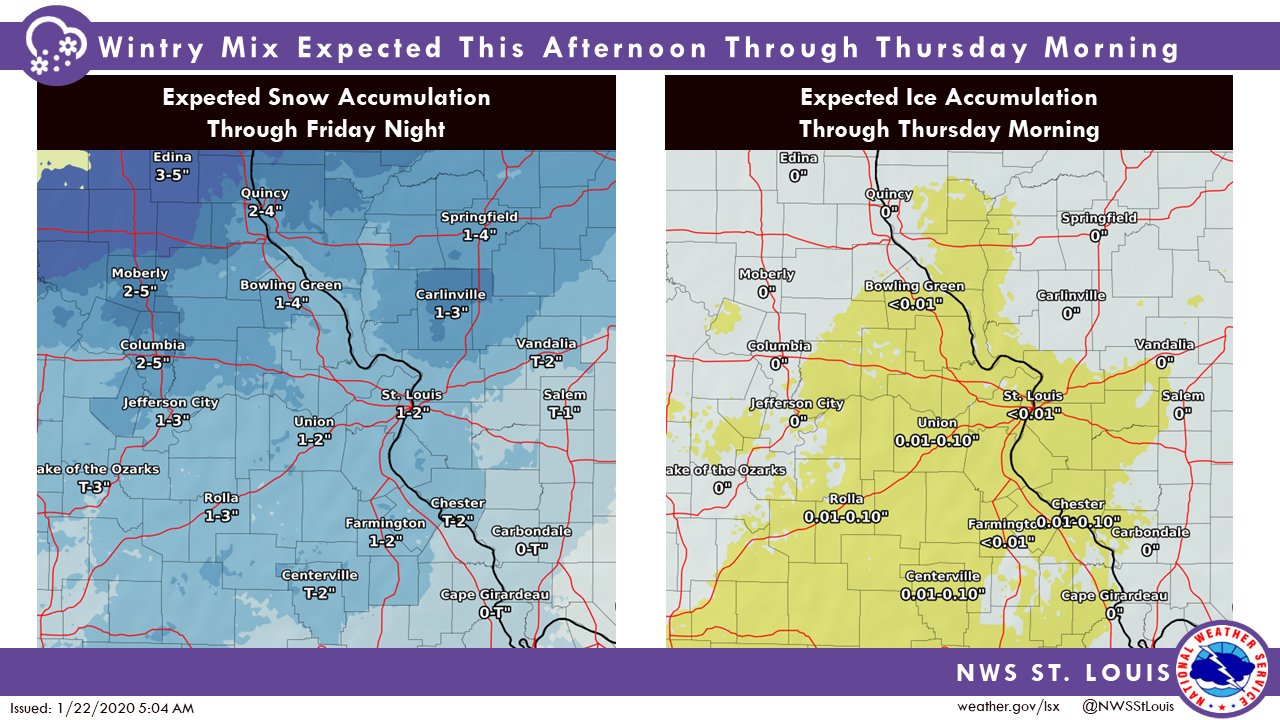