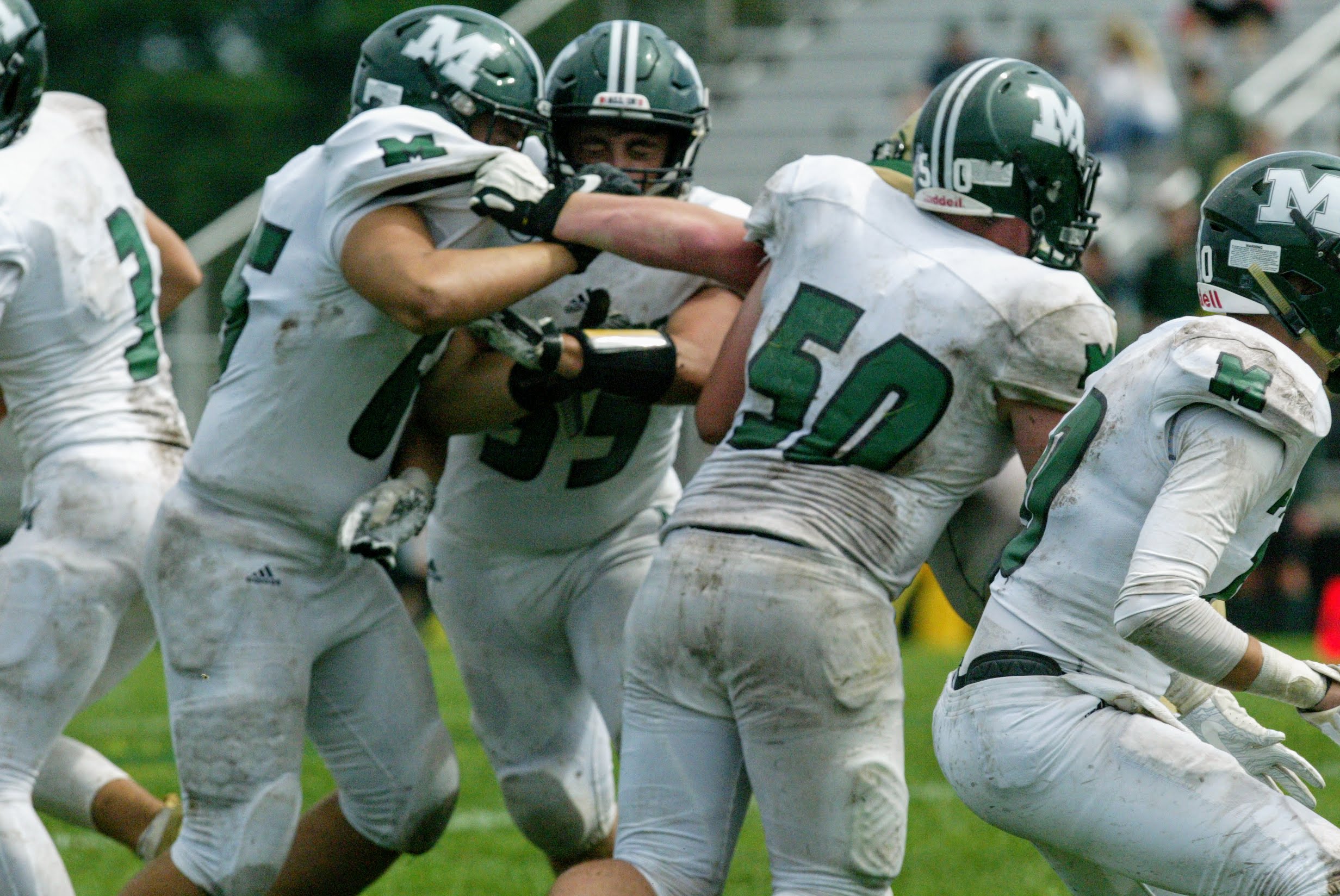 Pictured above: The rain-delayed matchup between Lindbergh High School and Mehlville High School Saturday had all the ingredients of a state playoff game, despite being the first week of the 2019 season. Mehlville fell to Lindbergh 17-10. Photo by Bill Milligan.

Bags and backpacks will no longer be allowed at Oakville and Mehville high school football games under new security measures the Mehlville School District is implementing for athletic events.

The new rules come in the wake of a quadruple shooting and the killing of a young girl near a Soldan High School football game in St. Louis city and a shot fired after a fight broke out at a football jamboree at Parkway North High School.

Purses and diaper bags will still be permitted, along with bags needed for medical reasons, Gaines said in the Sept. 4 email.

Gaines said officials from districts across St. Louis County came up with the new policies at a countywide athletics meeting earlier this month, and many of the districts announced the changes last week because they had home football games the first week of football. Mehlville waited to make its announcement because its first home games are this week.

“Going back two weeks ago with the incidents at Soldan and Parkway, everybody felt like we needed to take a step at something,” Gaines said.

But the superintendent believes that there will be no problems during the first test runs of the new rules this weekend.

Some districts are looking through the contents of every bag or using metal-detector wands, but Mehlville administrators will be hand-searching any bags that people are trying to bring through, Gaines said. The district has some active-duty police officers and off-duty security guards on hand, but they will most likely be guarding the grounds and not searching the bags.

“We’re asking people to not bring bags, but we may search ‘em,” Gaines said. “We would ask that they just not bring bags at all.”

As for purses, the district did not place a size limit.

“I’m kind of like the smaller the purse, the better, but we didn’t say a size limit because we know some purses are this big and some purses are big,” Gaines said, with his hands denoting large and small sizes.

The policies were already on the district’s radar before the shootings at area high schools, and the rules will put Mehlville more in line with larger sports stadiums that already ban bags and backpacks.

The district said in the email announcing the new policies, “There are no provisions for leaving prohibited items at the gate. Mehlville School District will not be responsible for items left behind, lost, stolen or damaged and reserves the right to deny entry to any sporting event to any person not complying with this policy.”

In addition to the bag ban, elementary and middle school students must be accompanied by a parent, guardian or other responsible adult.

If a person leaves in the middle of a game, no re-entry will be permitted.

Once a game begins, lingering in the parking lot will not be allowed.

Gaines said he didn’t have any civil-liberties concerns with that new rule.