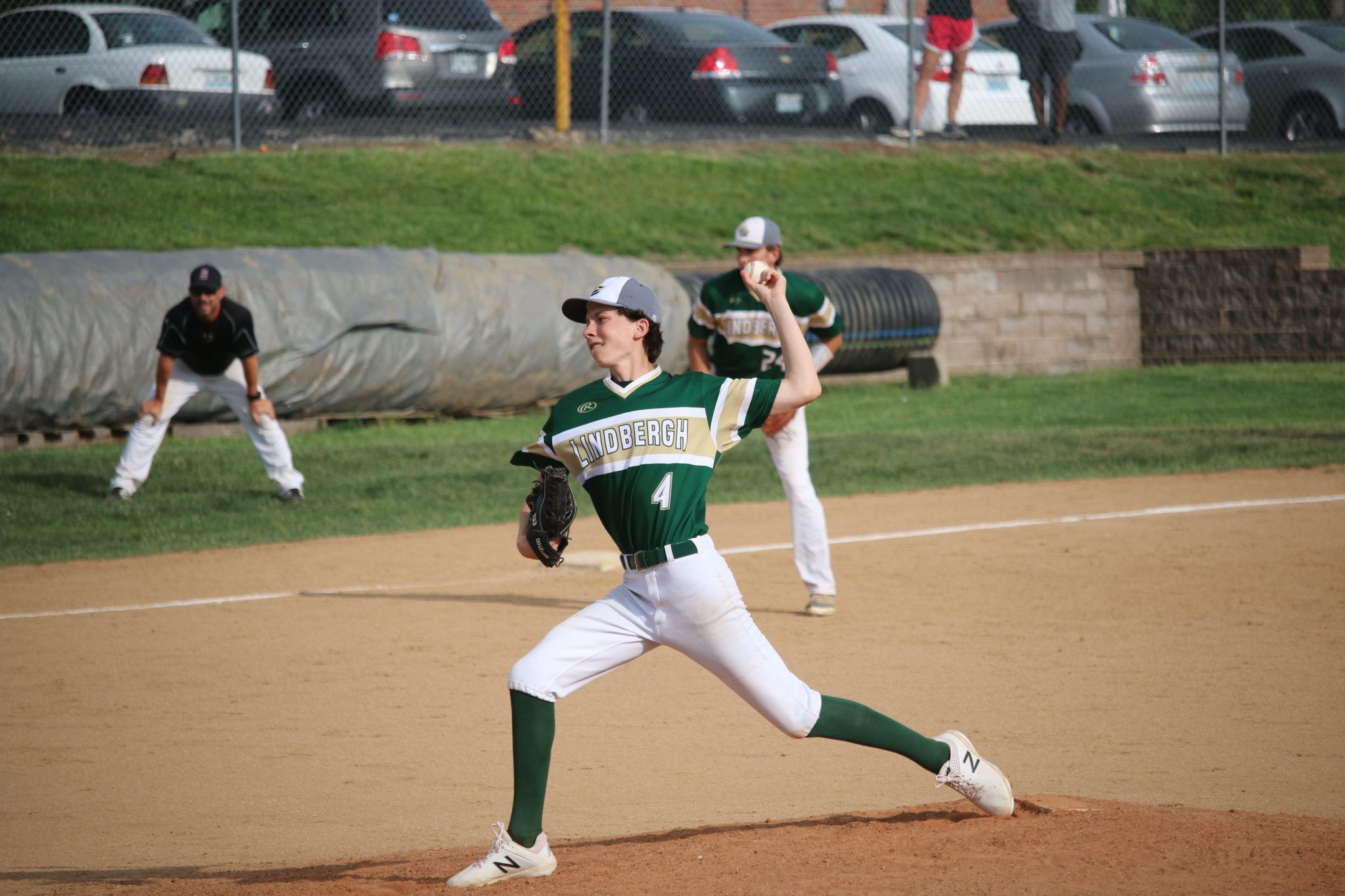 Pictured above: Pitcher Evan Henson is pictured above in Lindbergh’s win at the district championship last year. Photo by Jessica Belle Kramer.

After jumping out to a 6-1 start in the 2019 campaign, a loss last week for the Lindbergh baseball Flyers (6-4) marked a three-game losing streak.

Despite holding Marquette scoreless for five later innings April 3, a four-run outburst by the Mustangs in the first inning led to a 4-1 setback the Flyers never came back from.

“Marquette’s got a great program year in and year out, and their pitching is just outstanding,” Lindbergh head coach Darin Scott said. “They did a nice job keeping us off balance all day.”

While Lindbergh starting pitcher Evan Henson took the loss, he did give up just four earned runs on six hits while walking just two and retiring three batters by strikeout. The senior hurler is currently 1-1 with a 5.04 earned run average.

“He really settled down and gave us a chance to win by keeping us in the ball game,” Scott said. “He unfortunately made one mistake pitch in the first inning and it cost us three runs. But he gave up just one hit after that, so he kept us in the game.”

Junior designated hitter Dan Murphy drove in the lone run of the game for the Flyers.

“Dan’s been doing a nice job for us in the DH spot,” Scott said. “He’s been a steady influence in our lineup and has been really coming through for us.”

Ryan Waller scored the lone run of the game for Lindbergh as he went two for two with a run scored and a walk.

The senior pitcher/first baseman is currently batting .517 with 12 RBI.

“Ryan’s been really good for us,” Scott said. “Offensively he’s been outstanding. He’s really matured at the plate as a senior and he hits the ball extremely hard and is off to a good start for us.”

Lindbergh is back in action Thursday, April 11, as the Flyers host Rockwood Summit.

“Summit is a team in our district and our conference as well,” Scott said.

“That’s going to be a good preview for us for later on down the road come district time.”

The Flyers take on the Falcons at 4:15