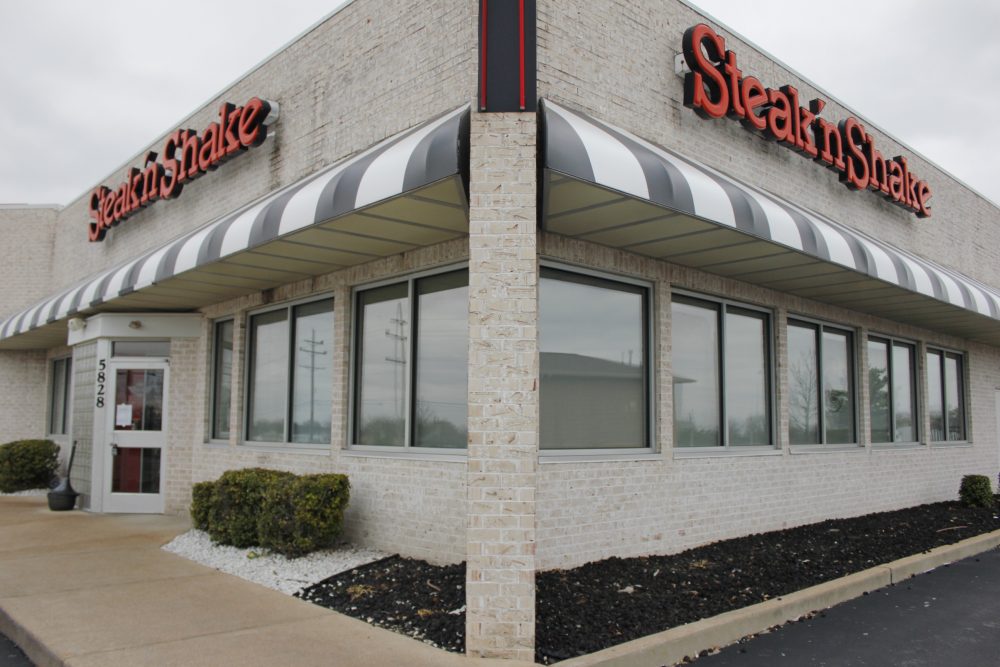 Another South County Steak ’n Shake has shut down, joining about half the stores in the St. Louis area.

The Steak ‘n Shake at 7310 S. Lindbergh Blvd., located next to the South County Center, has “temporarily closed,” the restaurant chain said, following the trend of recent closures of the fast-food restaurant across the St. Louis region.

The South City location just across the River des Peres at 7350 Gravois has also shuttered.

At least 20 Steak ‘n Shake restaurants across the area have closed, nearly half the fast food chain’s 43 restaurants in St. Louis.

The most recent closings are added to the other dormant locations in South County: Green Park at 5828 S. Lindbergh Blvd., as well as the one at 1300 Lemay Ferry Road in Lemay.

According to a sign posted on the door of the Green Park Steak ‘n Shake, the location is “temporarily closed” while the company seeks out someone to franchise the location, as well as renovating the building by installing updated equipment.

Beyond that, the sign offers little insight into how long the location might be temporarily closed. Not much more is available on Steak ‘n Shake’s website.

In an interview with Fox 2 News in February, Steak ‘n Shake executive Tom Murray explained in addition to the locations being closed for remodeling, they had also been closed while the company sought out franchise partners to operate the locations. When asked why those specific locations, Murray said they were not well-run based on cleanliness and customer service standards.

Murray told Fox 2 that no closed locations would reopen until they were under a franchise partner.

According to a first quarter report from Biglari Holdings, Steak ‘n Shake parents company, 44 Steak ‘n Shake restaurants across the country were closed as of March 31, out of 413 locations. Of the franchised locations, 213 were unchanged.

The company is franchising 400-plus restaurants, according to its website, www.steaknshakefranchise.com.

To be a franchise partner, Steak ‘n Shake requires a $10,000 initial investment, as well as the successful completion of a multi-week training program.

See which locations are closed and which are still open in the map below: