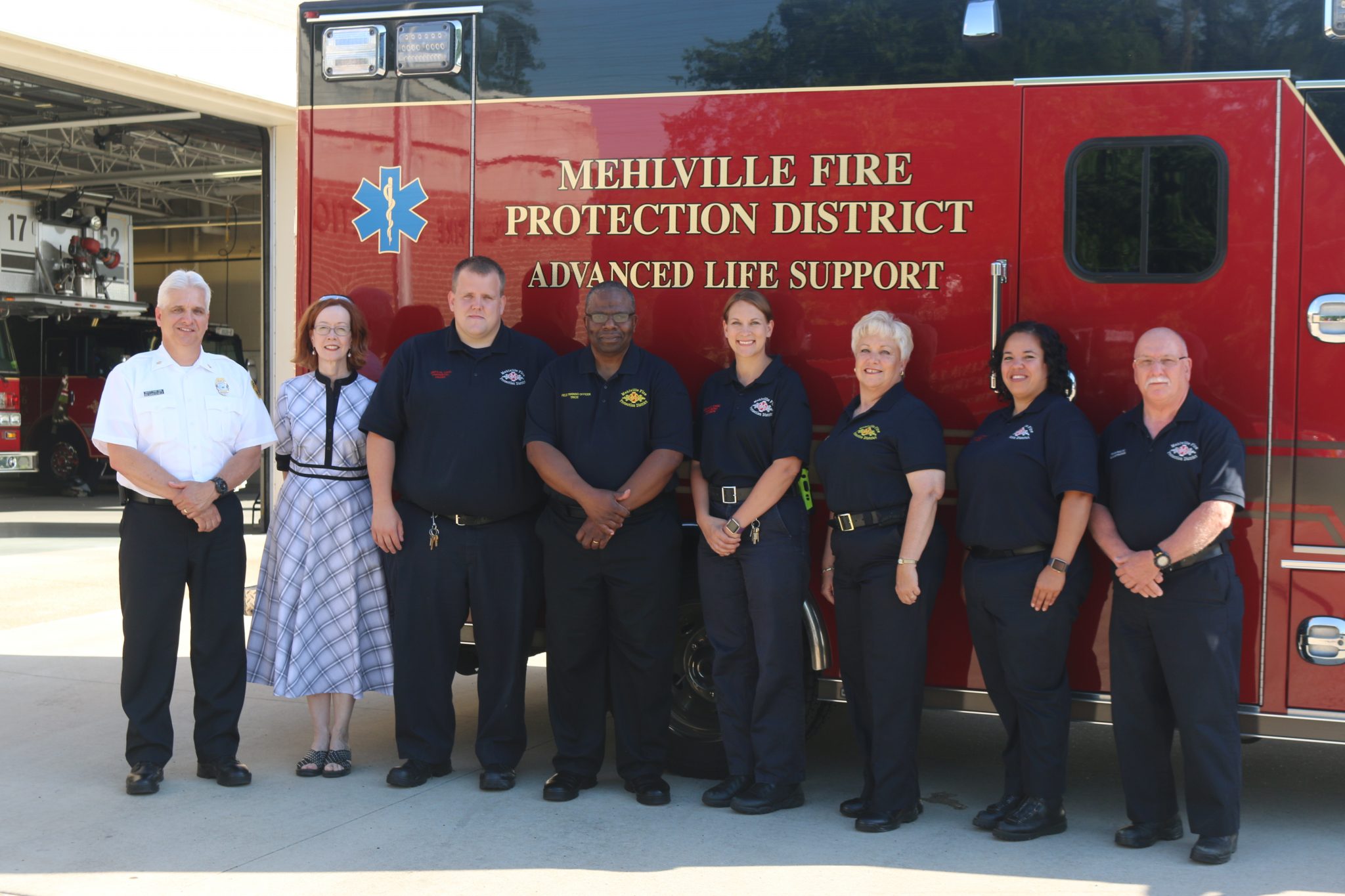 The Mehlville Fire Protection District is the first fire district in St. Louis County to roll out a new community paramedic program to try to reduce chronic 911 calls from “high utilizers,” who repeatedly call 911 to address issues that might be better served through social programs.

The Mehlville Mobile Healthcare program will be the first program of its kind among county fire districts, but similar efforts have been successful at other fire districts across the country, Chief Brian Hendricks said at the official rollout of the program at an MFPD Board of Directors meeting last week.

“I have no doubt that what we’re going to provide to taxpayers will probably be mirrored by other districts,” Hendricks said.

The program will save lives, board Secretary Ed Ryan said.

“I’m thrilled about the impact you’ll have on the community and the lives that will be saved,” Ryan said. “It brings a new chapter to Mehlville.”

In many cases, some of the most frequent users of 911 in the fire district are calling because they don’t know what else to do or because their hospital stays have been limited by insurance companies, Hendricks said.

A group of specially-trained community paramedics will call the resident and ask to stop by. They all recently completed an 18-week curriculum at Maryville University. Board Treasurer Bonnie Stegman congratulated the employees who will be part of the program on their hard work, including five years of behind-the-scenes preparation by the administration.

“These individuals will go to these taxpayers’ houses and say, ‘OK, you’ve called us nine times in the last two weeks.’ Come to find out, it’s a simple problem,” Hendricks said. “Let’s take a look at your meds, let’s call your doctor.”

Sometimes the problem can be as simple as something in the house that is repeatedly causing a person to fall.

There won’t be any charge to the residents who are visited by the paramedics, Hendricks said.

The fire district responds to every 911 call, whether it’s an emergency or not. They’ve received calls from residents who ask the MFPD to count their pills because they forgot whether they’ve taken them.

“So that 911 truck that’s designed for emergent care, true emergencies, is sitting at an individual’s house counting their pills,” Hendricks said.

The fire district is also trying to promote taking patients to urgent care whenever possible rather than the emergency room for every single call.

The district administration will track data on the program for the next six months, with success measured in better patient outcomes and fewer 911 calls from high utilizers, and potentially go back to the board to potentially expand the program in December, Hendricks said.

The new program goes hand-in-hand with another initiative the MFPD kicked off this year that also targets some of the fire district’s sickest patients, which it is encountering more and more with the aging population it serves.

The district spent $113,000 to purchase six new ventilators with non-invasive positive-pressure ventilation. The six ventilators, one for each ambulance, will be used by the district’s critical-care paramedics to treat patients with trouble breathing.

The ventilators replace the need to insert breathing tubes into a patient’s trachea, an invasive procedure that can be difficult to do. Data collected before the purchase showed that last December, paramedics self-reported that they failed to insert a breathing tube eight times, while successfully inserting one four times.

MFPD Medical Director Christie Pickrell, a physician at Mercy, strongly recommended the purchase of the ventilators and attended the Jan. 24 meeting to urge the Board of Directors to approve the program.

“This will allow higher success rates —  success being morbidity, mortality is reduced for a patient,” Pickrell said. “It improves the ultimate outcome, and people can turn around pretty quickly. I understand there’s a big cost involved in this, but I think ultimately long term it just helps the patient. If it was my mom or dad that was not doing well, I’d want this  equipment available to them if there was the means for it.”

The board didn’t take an official vote since the ventilators were included in the budget for the year, but board Chairman Aaron Hilmer signaled the board’s approval.

“It decreases the risk to the patient,” Stegman said.