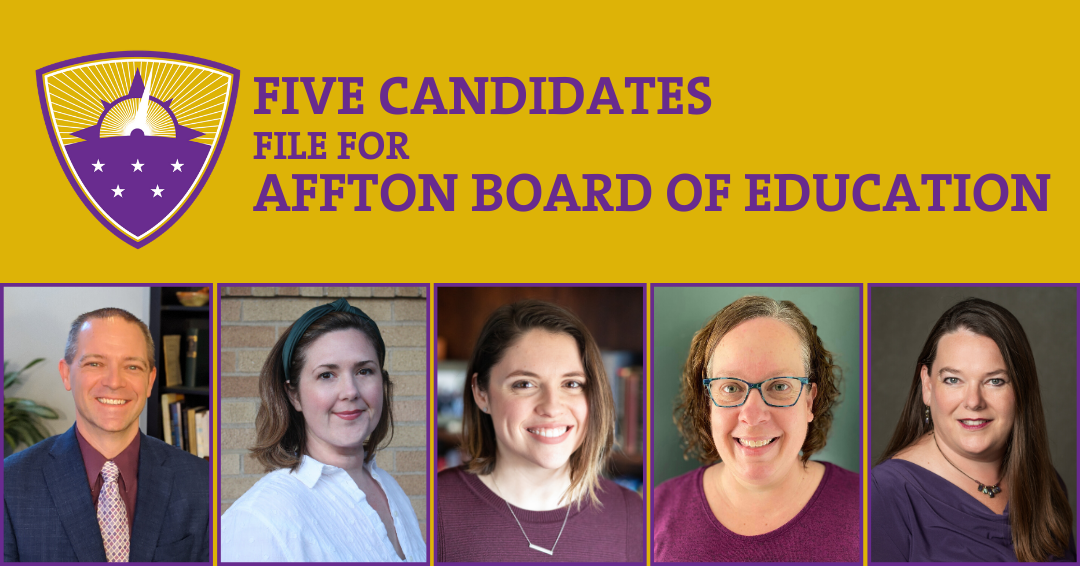 Pictured above: The Affton School District created this graphic showing photos of the five candidates running for three seats on the Board of Education.

Candidate filing closed Tuesday for local elections in April, and this election season is set to be the most competitive South County has seen in several years.

The election will be held Tuesday, April 7.

Crestwood mayor, aldermanic seats in Green Park and Sunset Hills and trustee seats in Grantwood Village will also be up for election, plus seats on the Lindbergh, Mehlville and Affton school boards.

Five candidates filed for three seats on the Mehlville Board of Education the first day of filing Dec. 17. Resident John Stephens filed to challenge Sunset Hills Mayor Pat Fribis, who is seeking her third term.

Five candidates also filed for three seats on the Affton Board of Education.

No one filed to challenge three sitting incumbents on the Lindbergh Board of Education, so an election will not be held in Lindbergh.

Crestwood Mayor Grant Mabie is unopposed for his first re-election bid. He first took the seat in a special election in November 2018.

Here’s a list of all the candidates who filed:

The mayoral post is the only office up for election in Crestwood. Mabie was the only candidate to file, but an election will still be held with Mabie’s name as the only one on the ballot. The seat carries a three-year term.

Two trustee seats will be up for election in Grantwood Village.

The only candidate to file the first day in Green Park was resident Donald Lattray filing for Ward 2 alderman. Lattray ran last year in a Ward 2 race against Matthew Farwig, who won.

However, several other new candidates threw their hat into the ring for open seats.

Staci Laurino filed in Ward 1. Besides Lattray, Jones filed for re-election in Ward 2. Ronald Slattery also filed, making it a three-way race for a seat in Green Park. That is unprecedented in recent years.

Martin Finn filed to run in Ward 3, and Baras did not file to run again for the seat he has held for many years.

Fribis is being challenged by Stephens, who led a group of neighbors in Tapawingo against a rugby field at the former Sunset Hills Golf Course, which is now owned by the city as Bander Park.

In Ward 3, Cathy Friedmann filed to run the first day, Randy Carrico filed later and Krueger filed for re-election on the last day. Friedmann has been a recent critic of the city due to the city’s new zoning code and cluster homes. Krueger has never before faced an opponent for office.

Five candidates filed for the three open positions on the Affton School District’s Board of Education. The candidates, in order of filing and as their names will appear on the ballot, are:

The terms of Thomas Bellavia, Susan Casaleggi and Zahn expire in April.

Watz, Lorenz and Alonzo all filed for re-election, and were the only candidates to file. 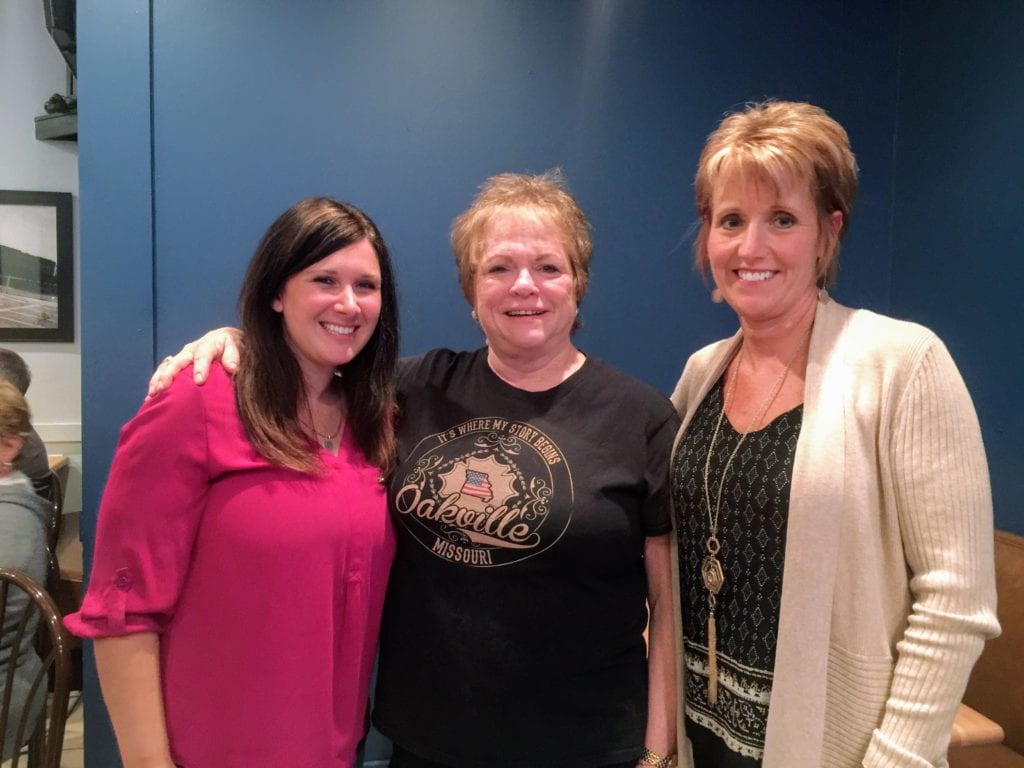 Mehlville Board of Education President Samantha Stormer, left, board Vice President Jean Pretto, center, and Peggy Hassler celebrate their election victories April 4. Three seats were up for election on the Mehlville school board. Photo by Gloria Lloyd.