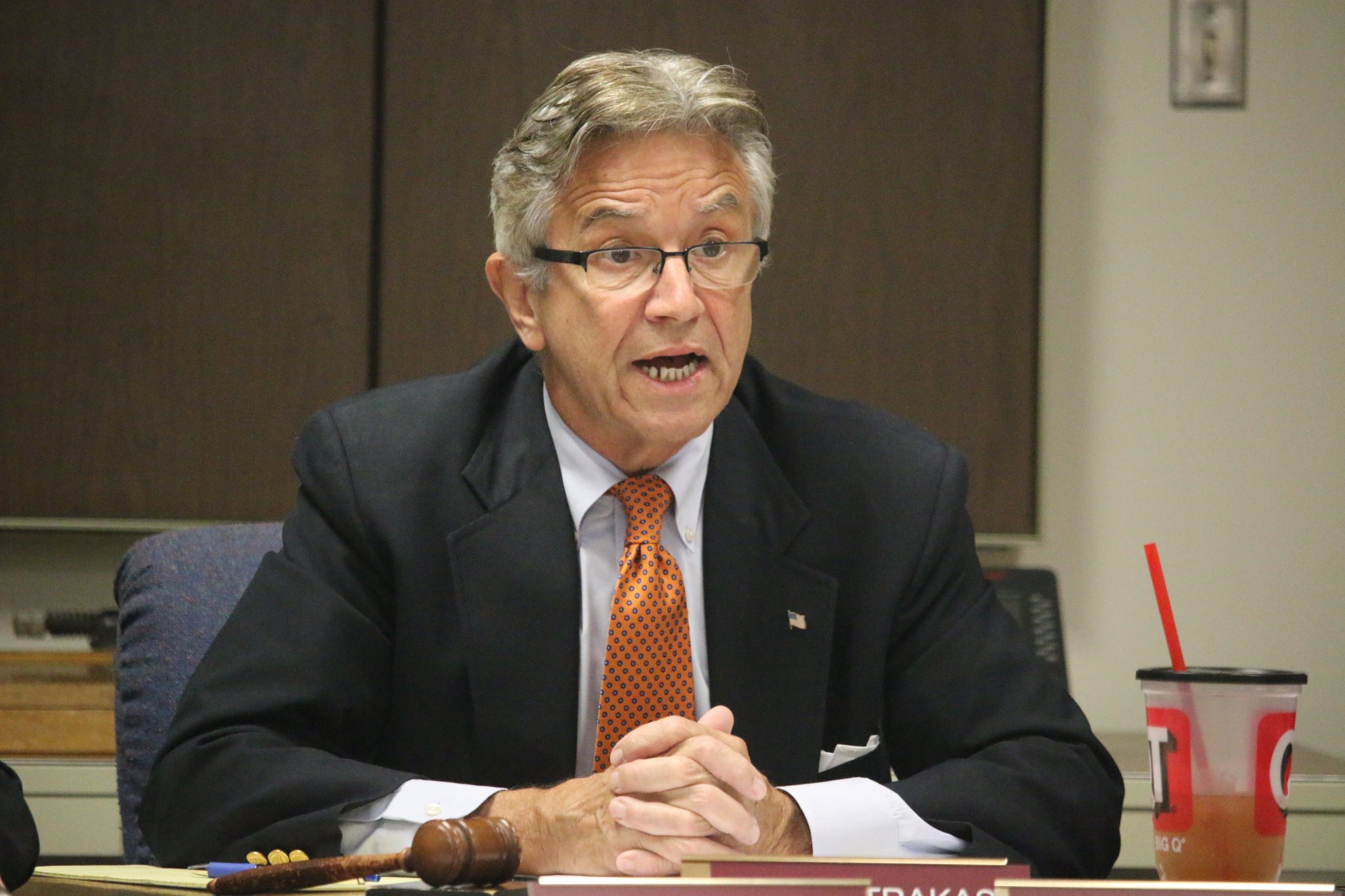 In a statement read to a reporter, Trakas said his 6th District legislative assistant, Annette Read, just filed a sexual harassment claim against him.

He said the claim was unfounded and “retaliatory” because he had moved to fire Read about six weeks ago.

Newly installed County Counselor Beth Orwick would not confirm the existence of a claim against Trakas and declined The Call’s request for a copy of the claim, noting that it is a legal matter.

Trakas, a Republican from Oakville, declined to expand on the matter beyond his statement: “There’s an investigation ongoing, and I don’t want to do anything to compromise that.”

But he said that the investigation will ultimately find that he did not sexually harass Read.

“I’m not making light of these allegations — they’re serious allegations, and they should be investigated seriously,” Trakas said. “But I am extremely confident that at the end of that investigation I will be found completely exonerated.”

A request to acting County Clerk Diann Valenti to confirm that Read was on administrative leave was not immediately answered Wednesday.

County hires outside lawyers for investigation

The County Council unanimously voted Tuesday night to fast-track legislation that would hire an outside attorney for a personnel investigation.

It now appears that the vote could be related to the claim filed against Trakas.

Orwick filed the emergency request with the council Tuesday to allow her to “enter into a contract on behalf of the County with outside counsel for the provision of investigation, recommendation and representation in personnel matters that involve asserted violations of the law.” Due to “time sensitivity,” she also asked them to invoke a special clause that allows them to introduce, perfect and then pass legislation at one meeting instead of the typical three that every bill has to go through.

After the meeting, Trakas said he did not know what particular employee situation was requiring the council to hire outside attorneys. He is an attorney himself.

Council made allegations against Stenger

The new allegations come two weeks after the council as a whole lodged its own allegations against former County Executive Steve Stenger as part of the council’s victim impact statement for the citizens of St. Louis County submitted to the judge in Stenger’s sentencing for federal corruption. Stenger was sentenced Aug. 9 to four years in prison for bribery, theft of honest services and mail fraud. Trakas was Stenger’s chief critic in county government, along with County Executive Sam Page, who had been council chair before Stenger resigned.

The council alleged that Stenger had fostered an atmosphere in county government that encouraged sexual harassment.

The council wrote in its letter, which had mostly been authored by Trakas but then was added to by other council members and Page, that Stenger had created a “fraternity house” atmosphere in his office and in county government that accepted unacceptable behavior.

“He ignored offensive behavior,” the council alleged. “On at least three different occasions, each involving  a different female employee, the defendant was present during instances of sexual harassment or learned of the instance shortly after the conduct occurred, but the defendant never took investigative or disciplinary action to rectify the situation. Literally laughing in the face of overt sexual harassment by campaign contributors and reporters, the defendant encouraged an atmosphere where victims were without a voice and felt that they could not go to the county executive to report inappropriate behavior.”

Second of Trakas’ assistants to be fired

Read, who lives in Chesterfield,  started working for Trakas in November. She would have been the second legislative assistant Trakas has let go since taking office in January 2017. He fired his first legislative assistant, former St. George Mayor Carmen Wilkerson, due to various disagreements they had on a number of issues.

As of Wednesday, Read still said that she was the 6th District assistant in her Twitter bio. She last retweeted one of Trakas’ tweets Aug. 6.

She was not at the council meeting Tuesday.

When Wilkerson and Trakas parted ways in May 2017, they agreed in comments to The Call that they disagreed on philosophy and vision as to how the 6th District office should operate.

Wilkerson later organized a recall effort against her former boss that eventually stalled out.

For more than a year between firing Wilkerson and hiring Read, Trakas had no legislative assistant while his wife, former Mehlville Board of Education member Lori Trakas, unofficially filled the role.