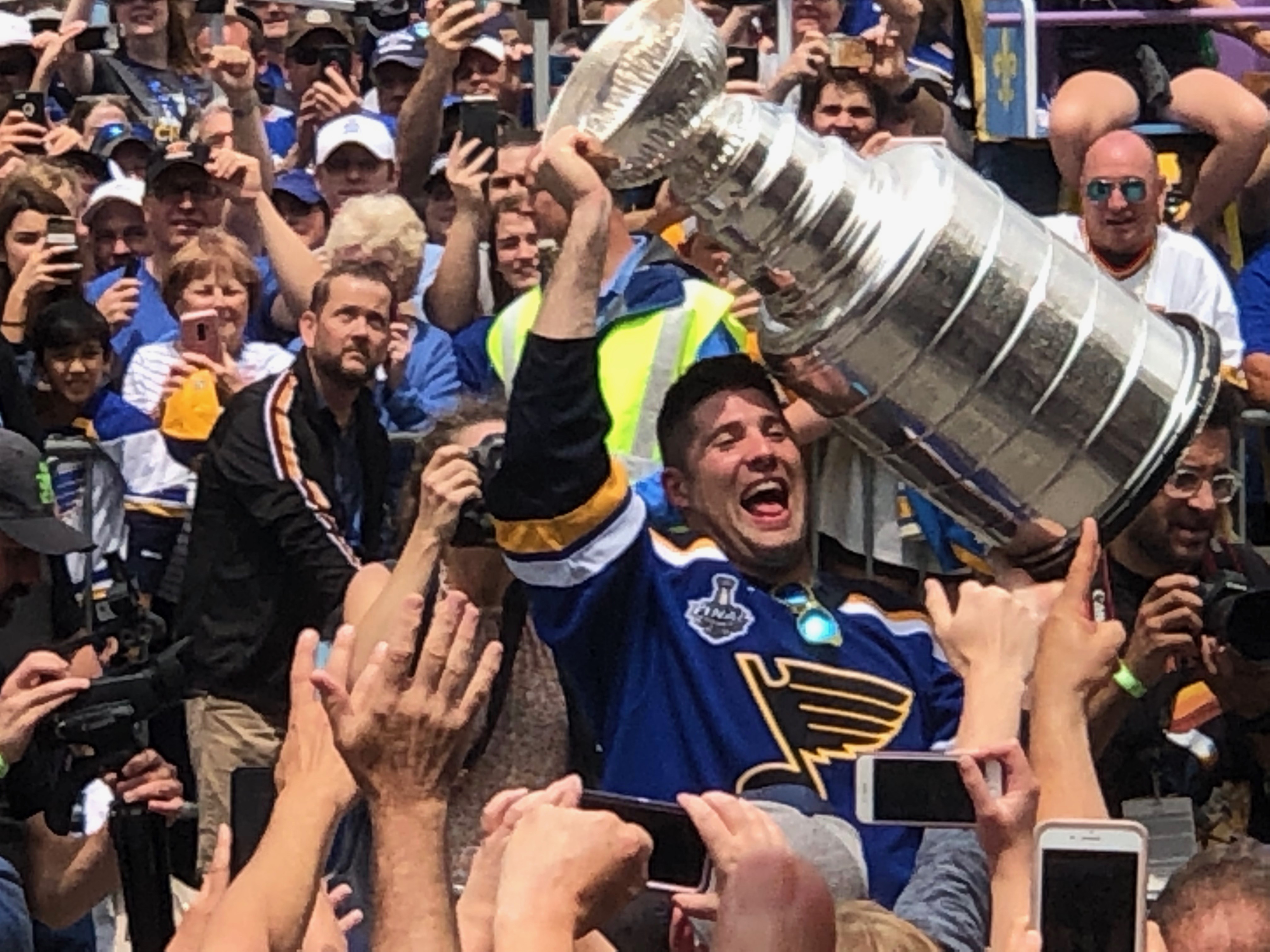 The Stanley Cup is coming back to St. Louis, and Oakville native Pat Maroon will get his day with the Cup on Saturday.

So far, no public events are scheduled for the Cup’s three-day stint in St. Louis, which started Friday when the plane landed around 9 a.m. After an extended stay in Canada for the many players and staff from up north, the Cup is coming back for the first time since June.

“We’ll see how the hockey fever is still alive and well in Missouri,” said the “Keeper of the Cup,” Phil Pritchard, in a KMOX interview.

Of Maroon’s time with the Cup in particular, he added, “It should be pretty special.”

But will it be South County special?

Maroon’s son Anthony, 11, promised the night the Blues won the championship game June 12 that his father would bring it to Oakville, where Anthony also lives with his mother.

In an unscientific online poll on callnewspapers.com right after the victory, 86 percent of respondents thought that the Stanley Cup would come to South County at some point in the Blues’ reign.

And the best chance for that to happen seems to be Saturday, when Maroon will get the chance to take the coveted prize wherever he wants. His parents still live in Oakville, where Maroon attended Rogers Elementary, Oakville Middle School and Oakville High.

Will the hometown hockey hero drive it down Telegraph Road? Will he take it to one — or all — of the bars along Telegraph, a few of which have one of his jerseys on the wall? Take it to his old Meramec Sharks hockey rink?

With school out, it doesn’t appear that Maroon’s alma mater Oakville High School will be a likely stop, or any other Mehlville school with connections to the Maroon family.

But he could also be headed to The Hill, where his fiancee Francesca Vangel’s family owns Charlie Gitto’s restaurant.

Molly Bozak, the wife of player Tyler Bozak, replied, “If you don’t eat Gitto’s salad out of it, you’re dead to me.”

But one Twitter user told the Stanley Cup tracker he knows exactly what’s happening — private parties with family at a “lake house.”

That would appear to rule out Oakville altogether.

And if nothing else, maybe we’ll end up reading about this weekend’s adventures in a tell-all from Lord Stanley.

“If the Stanley Cup could talk, it would be a bestseller,” Pritchard said.

And if you see the Cup coming your way, dog food and all, drop us a line at glorialloyd@callnewspapers.com.