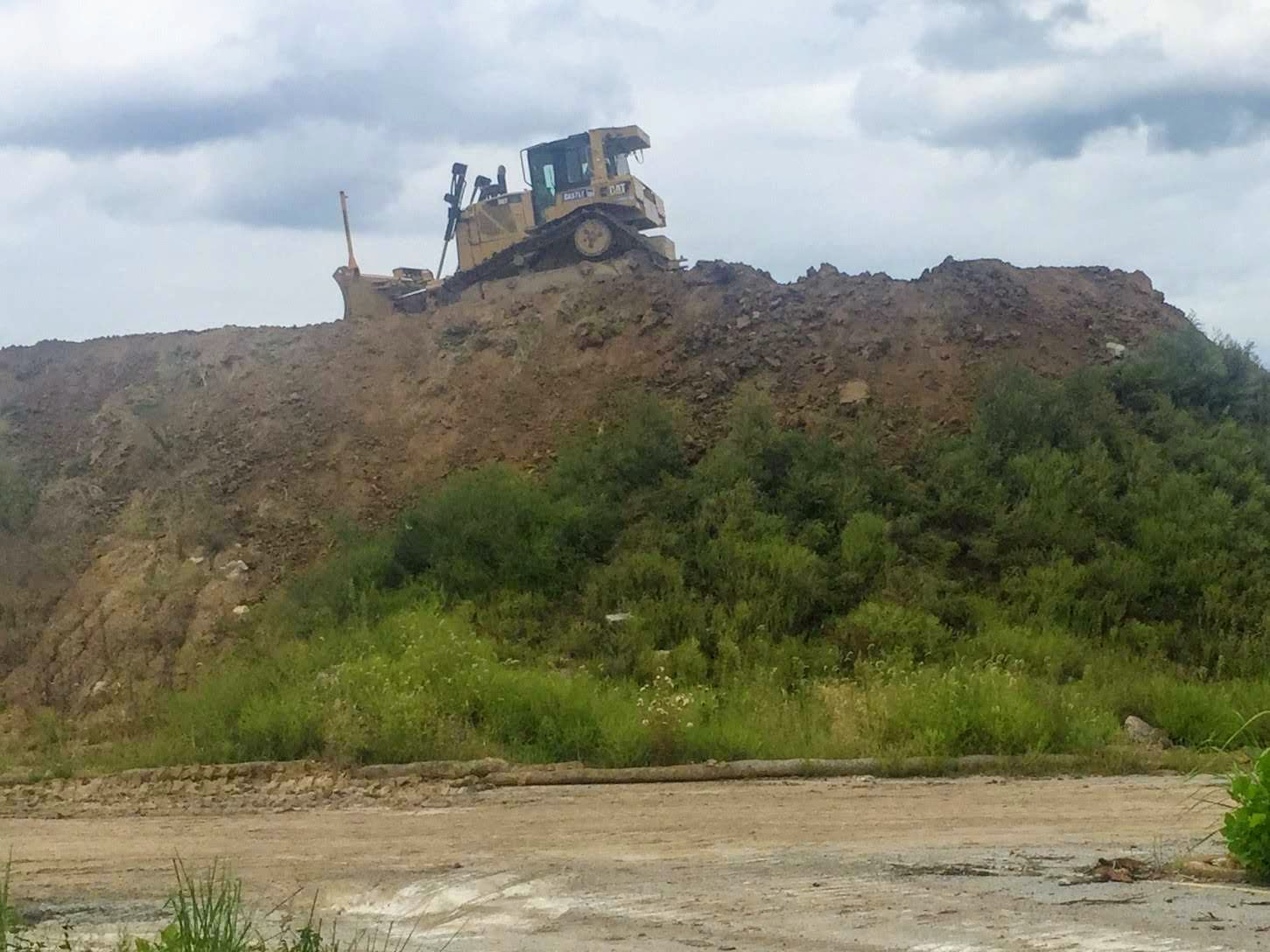 Mount Crestwood could soon be a memory, just like the Crestwood Plaza mall that it replaced.

A pair of bulldozers were hard at work on the site starting last week, and City Administrator Kris Simpson said it was the start of a monthslong process to bring down the dirt mounds that even he now calls “Mount Crestwood.”

“If you haven’t driven by there today, drive by there today – you’ll see bulldozers working on Mount Crestwood,” Simpson said to cheers at the Crestwood-Sunset Hills Kiwanis Club meeting Sept. 6.

The mounds are left over from the more-than-yearlong demolition project to bring down the remnants of the former mall at Watson and Sappington roads. The Chica- go-based owner, UrbanStreet Group, took down the mall but left the mounds behind.

Residents and aldermen have called them an “eyesore.”

See before and after photos of the mounds in our gallery below (photos by Jessica Belle Kramer and Gloria Lloyd):

Simpson said he’d been working to get UrbanStreet to bring down the mounds since February, but the company has been “working in earnest” since May.

Action finally came after the city started issuing citations to the company for being in violation of city code.

“They dragged their feet on it,” Simpson said. “It was kind of like dragging them kicking and screaming to get it done, but after numerous citations they finally did it.”

The city and UrbanStreet announced a plan a month ago, but it took several weeks for the developer to get the contractors for the job in place.

Even after the process kicked into gear, Simpson said “we knew they would want to drag their heels on the grading process,” so the city attached a November deadline.

That way the developer can’t “go out and do a token show of grading out Mount Crestwood,” Simpson said. “They’ve got to get it done in a reasonable amount of time.”

The current plan is to grade out the mounds so they are even, which will make the site level with Watson Road. The mall site had a large elevation drop at the corner of Watson and Sappington.

But even when the dirt is spread out, it will still only cover the mall parking lot, which would have to be removed before any development happens.

To make the site look better than just a dirt lot, UrbanStreet also said it would seed the property with prairie grass.

“I’d be surprised if they get to that stage, but that’s what their plan calls for,” Simpson said.

But from Simpson’s perspective, the grading itself is a good sign: “For now we’re at least happy that the mounds are going to come down. People will see that there’s actually going to be something happening at the site which is positive.”