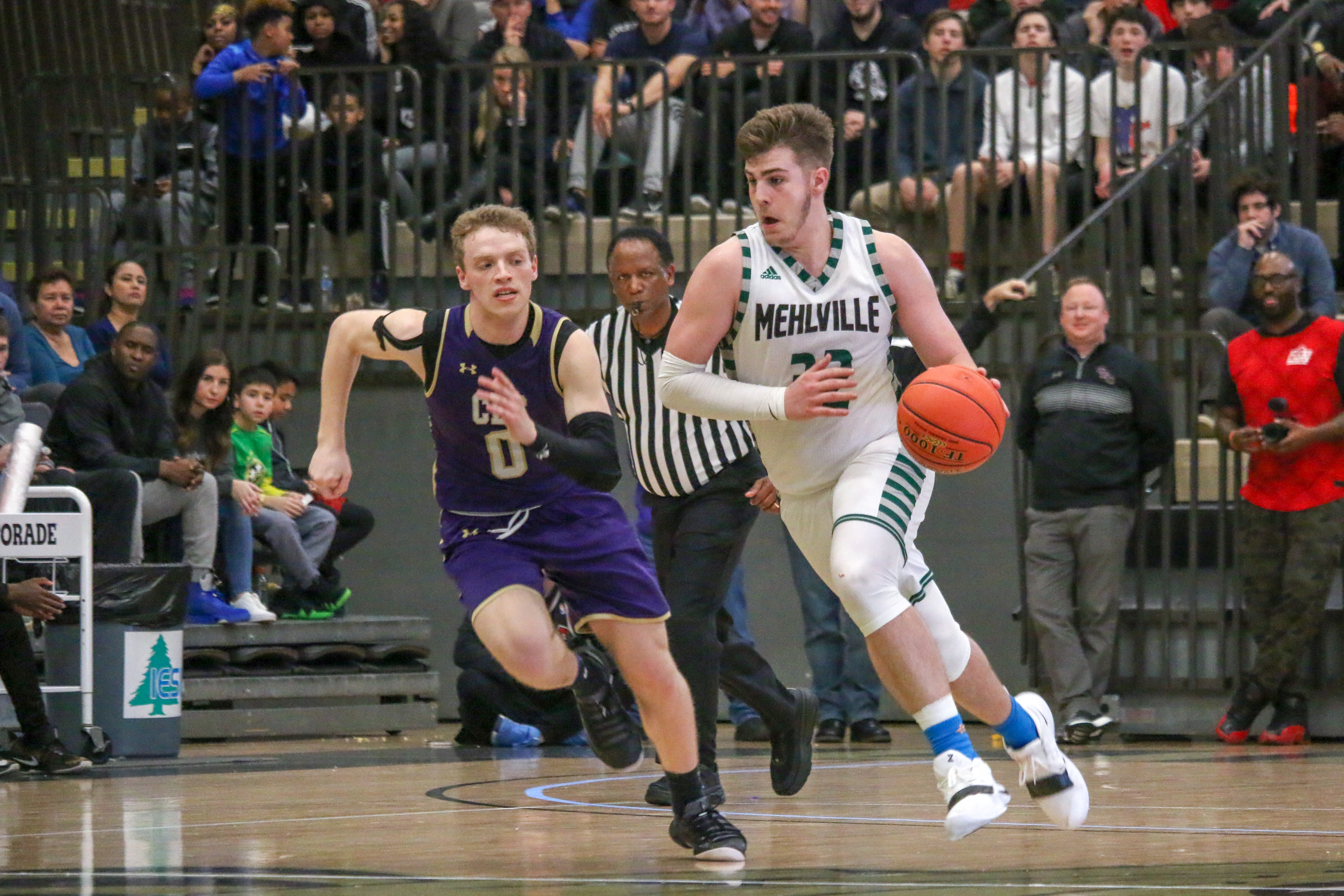 Pictured above: Mehlville junior Dylan Branson dribbles the ball down the court while guarded by CBC senior Jackson Andrews during the state quarterfinals last Saturday at Lindenwood University. The Panthers fell to the Cadets 69-54. Photo by Jessica Belle Kramer.

Of all the teams that play in the Missouri Class 5 boys basketball tournament, only one team ends the season with a win.

The Mehlville Panthers will not be that team this year after a 69-56 loss to CBC in the state quarterfinal last Saturday. Despite the loss, head coach Andy Guethle believes that the 2018-2019 campaign was a success for the Panthers.

“I think we had a good run,” Guethle said. “I know our guys wish that we were still playing, but I think that this could help us moving forward into next year.”

“We picked up some dumb fouls early, so that forced us to change our lineup,” Guethle said. “Our goal was to cut into the lead going into the second half and we got within six. Our foul trouble and (Caleb) Love hitting four threes really hurt us.”

“Dylan is just a tough kid,” Guethle said. “He scored the ball well and was so good at using his body against them. I think he had a good, solid night.”

“I think that Saturday’s game was a unique experience for Davion, and I think it helped him grow as a player,” Guethle said. “We just were not able to get him the ball like we should have during the first half.”

Looking toward the 2019-2020 season, the Panthers have the potential to return 13 of 15 players, which means that Mehlville could once again be one of the top teams in Missouri.

“Next year is a new year and that will bring us more challenges,” Guethle said. “I think that this season could help us moving forward into next year. The thing is this, our guys know now that they can win.”