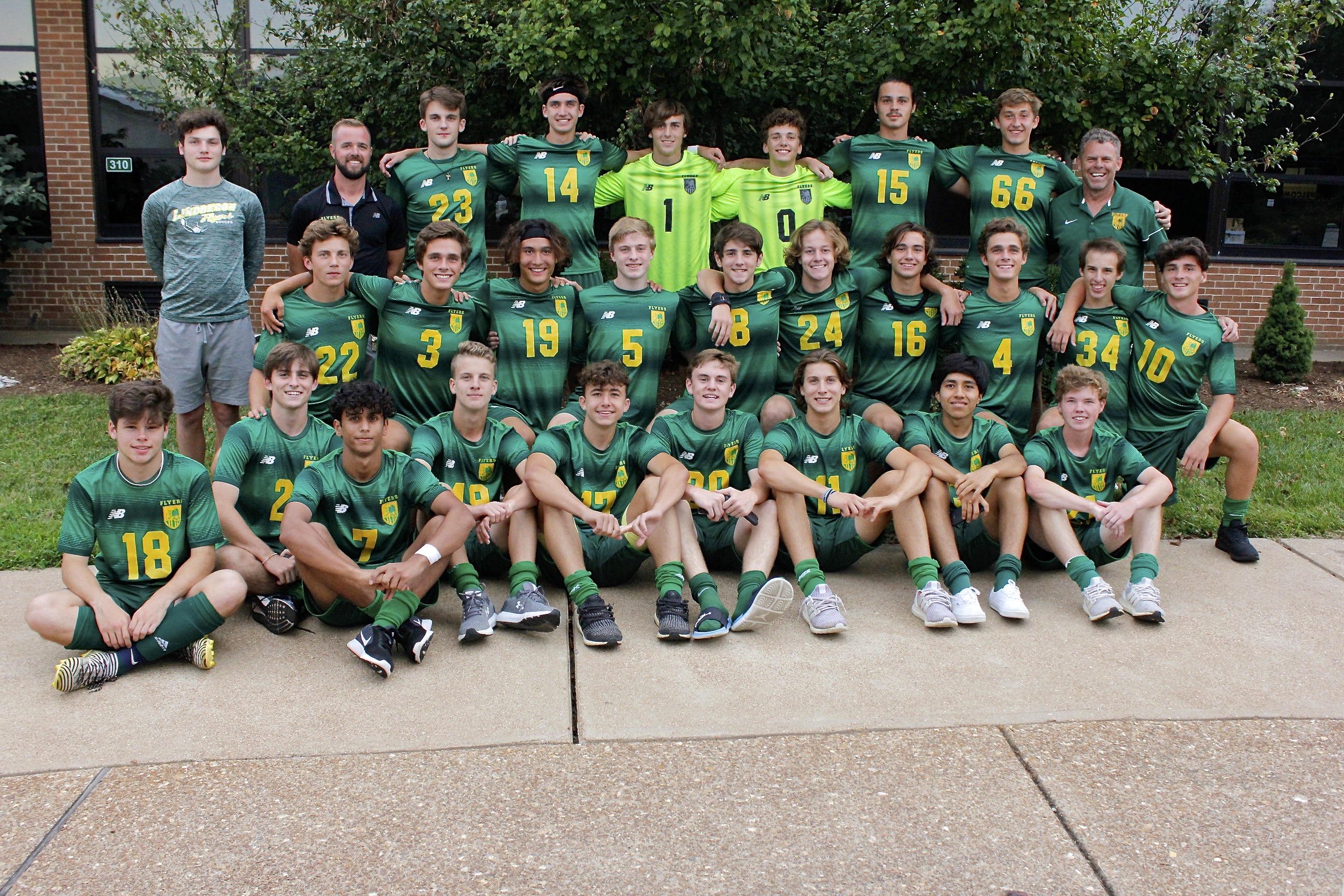 Years from now, the Lindbergh boys soccer team will view the 2019 season as one of the greatest campaigns in program history.

Despite losses to DeSmet in the Missouri Class 4 state semifinal and to Lee’s Summit West in the third-place game, Lindbergh head coach Mark Giesing believes that his program gained valuable experience in the playoffs.

“We certainly would have liked to have competed in a final game,” Giesing said. “But the experience that these guys have had will help us in the future because the guys saw how difficult it is to get this far.”

Against DeSmet in the Missouri Class 4 semifinal, the Flyers (17-10-1) found themselves down 2-0 late in the second half after goals by the Spartans’ Thomas Redmond and Brayden Morgan. But a goal by Lindbergh’s Nick Merlo at the 67-minute mark shaved the DeSmet lead to the final score of 2-1.

“Nick has really matured as a player in the postseason,” Giesing said. “He’s started to find his offensive side of the ball. I think that Nick’s goal showed that we were still battling throughout the game.”

Despite the loss in the state semifinal, the Flyers bounced back in the third-place game and took a 1-0 lead on a goal by Nedim Sarajlilja at the 24th minute of the first half.

“Nedim is another junior that as the season went on, his confidence increased,” Giesing said. “He certainly has become a very reliable source of goals for us.”

“We exceeded 70 percent of the possession throughout the game, and then they tied it up in the final minutes of regulation play,” Giesing said. “Overall I was pleased with how we played because we played our style of game.”