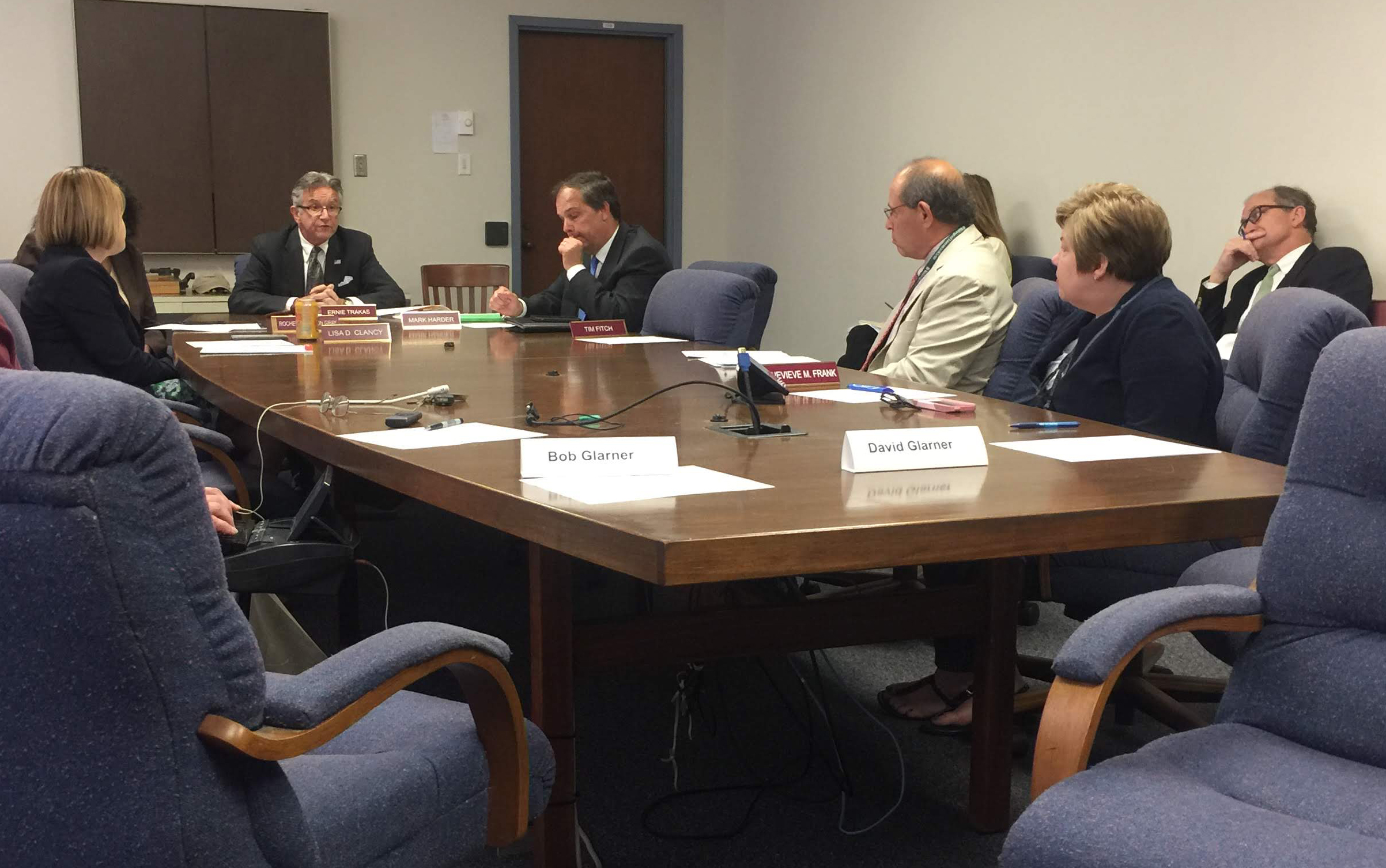 Pictured above: With the two chairs reserved for Bob and David Glarner empty at a June 25 hearing, County Council Presiding Officer Ernie Trakas said the developers’ failure to appear at a council Ethics Committee hearing is a ‘flagrant, flagrant’ violation of the public trust. Photo by Gloria Lloyd.

A judge temporarily agreed to the Northwest Plaza developers’ request to quash a subpoena from the St. Louis County Council, halting efforts to get them to testify for now.

“It is further ordered that you are temporarily restrained and prohibited from proceeding or taking any action in connection with enforcement of the subpoenas… until further order of this court,” Vincent wrote in his order.

The Glarners filed a lawsuit Wednesday against St. Louis County and the current five members of the County Council disputing the legality of the two subpoenas the council unanimously issued to the brothers July 2. The siblings might be the first private citizens issued subpoenas by St. Louis County.

The brothers are seeking an injunction against the council’s demand that they testify at a council Ethics Committee hearing Tuesday, Aug. 6. The committee chair, council Presiding Officer Ernie Trakas, said he has new evidence of wrongdoing related to the brothers, the development’s 20-year lease that will cost the county at least $50 million, and former County Executive Steve Stenger that he wants to question the brothers about.

Vincent ordered the council to file its response to the Glarners’ lawsuit by Sept. 3.

At the first council caucus Tuesday under new County Counselor Beth Orwick, Trakas said he doubted that the Glarners would show up to testify and predicted legal action instead.

“If they show up, which is a huge if,” Trakas said of the possibility of holding the Ethics Committee hearing as scheduled. “My feeling is that sometime, maybe by Friday, we’re gonna get some kind of TRO (temporary restraining order) or some kind of filing to quash the subpoenas and… that hearing would go away. That’s my gut.

“I know if they were my clients, I wouldn’t let ‘em come here to answer questions. But that’s just me.”

And if the Glarner brothers didn’t file in court and still didn’t show up, Trakas was clear on what actions he was willing to take against them

“If they show up, I’m going to be ready to go, and if they don’t, I’m going to ask the council to find them in contempt and have them arrested,” Trakas said. “That’s what the Charter says we can do, and I don’t see any problem with that at all. It shouldn’t be a problem — if they didn’t file anything to quash the subpoenas, if they flagrantly refuse to appear, I’m going to get the sheriff.”