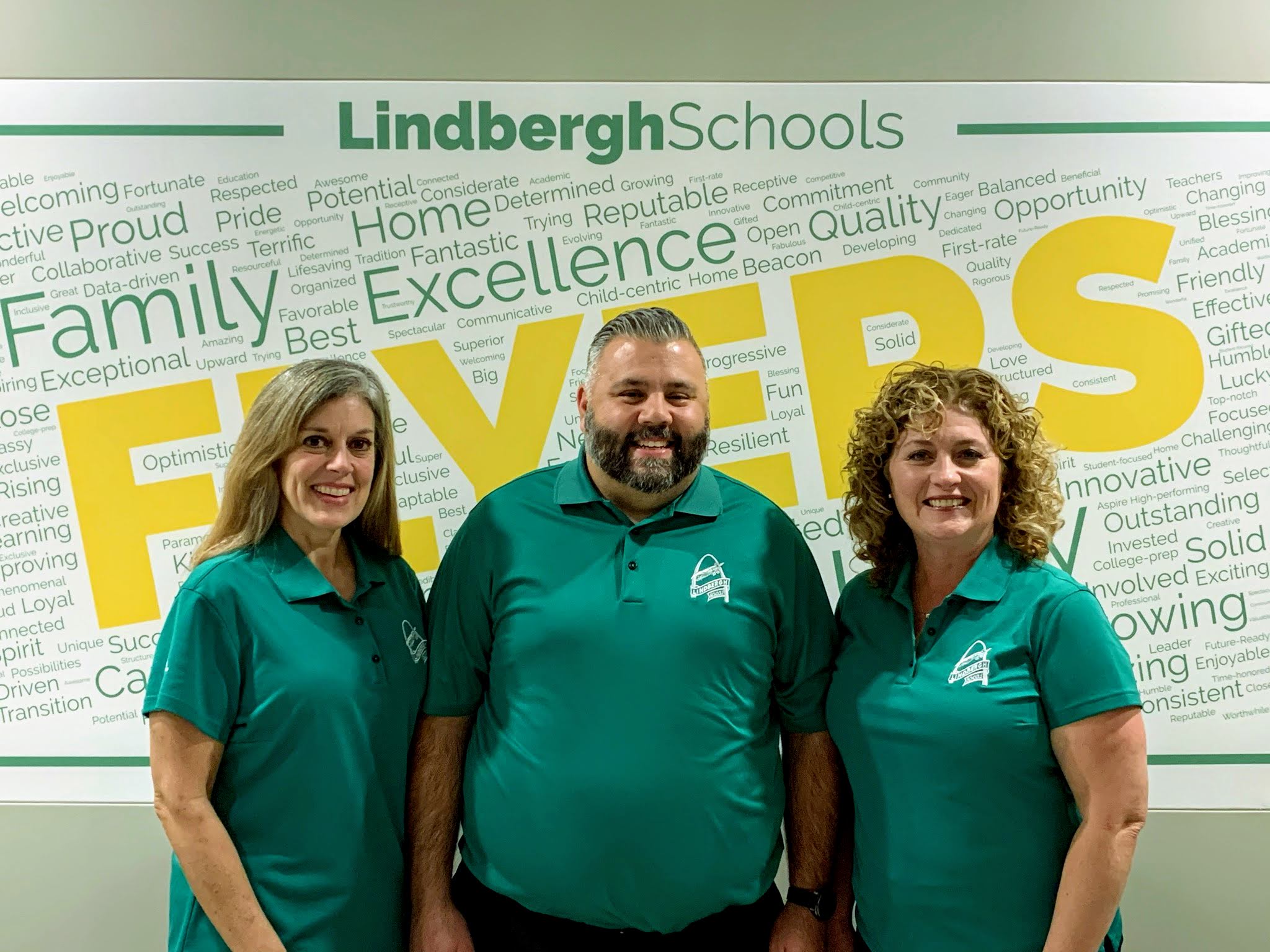 Pictured above: Lindbergh Board of Education members, left to right, Cathy Carlock Lorenz, Matt Alonzo and Christy Watz, will run for re-election to the board in April. All three were elected to their first term in April 2017. Filing opens Dec. 17.

Cathy Carlock Lorenz (Lindbergh High School 1988) is a former LHS teacher and a current assistant principal at Parkway Central Middle School. She lives in Concord Village with her husband, Craig (LHS 1988), and her son, who is a junior at Lindbergh High School. Her daughter (LHS 2017) is studying to be an English teacher at the University of Central Missouri.

Alonzo, Lorenz and Watz said in their campaign announcement that they “have consistently advocated for all stakeholders in the Lindbergh community as board members. Prop R was passed by the highest approval rating for a bond issue in the history of the district, with safety and progress the most valued issues. Each school is receiving new updates. Another movement forward was the approval for free full-day kindergarten.”

Alonzo, Lorenz and Watz stated in a joint news release, “We all feel strongly about building a future emphasizing positive student character and innovation in education that support critical thinking skills, creativity, and collaboration that are essential in today’s changing technology revolution.”

Lorenz has served on the Lindbergh Safety and Teacher Salary committees and is currently on the Student Life and Human Resources committees. She received her Lindbergh Leader award in the spring of 2009.

Watz serves on the Student Life committee, Middle School Redesign and Food Service committee, and previously served on the Strategic Planning Committee. Watz is the current Missouri School Board Association delegate for Lindbergh Schools. She serves on Step Up of St. Louis’ Board of Directors as secretary and also helps to organize the LHS Holiday House Tour. Watz received her Lindbergh Leader award in the spring of 2019.