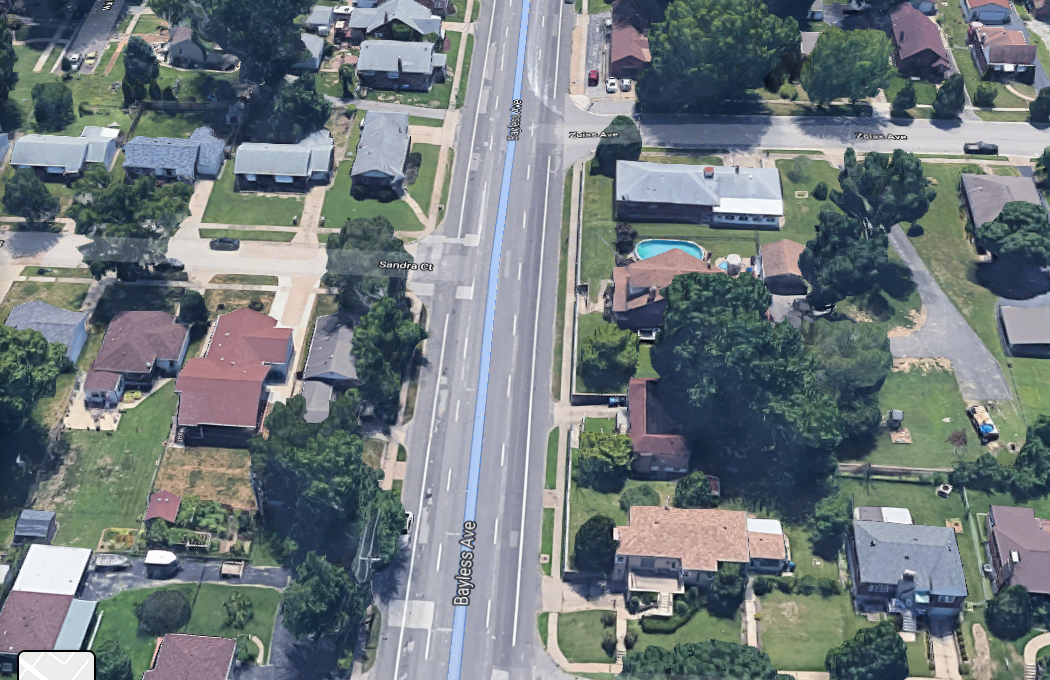 Pictured above: A Google Maps aerial view of Bayless Avenue.

Under the proposed project, Bayless Avenue would be resurfaced from Union to Lemay Ferry Road, with construction scheduled for 2022, at an estimated cost of $4.7 million, county Department of Transportation spokesman David Wrone said.

Bicycle lanes would be added from Lemay Ferry Road west to the bridge over Gravois Creek, which would allow bicyclists to be able to access the Great Rivers Greenway bike trail now under construction east of Interstate 55.

Bayless would remain two lanes in each direction from Union to I-55. From I-55 to Avenue H, the road would also remain four lanes; however, one of the westbound lanes would be converted to a center two-way left turn lane.