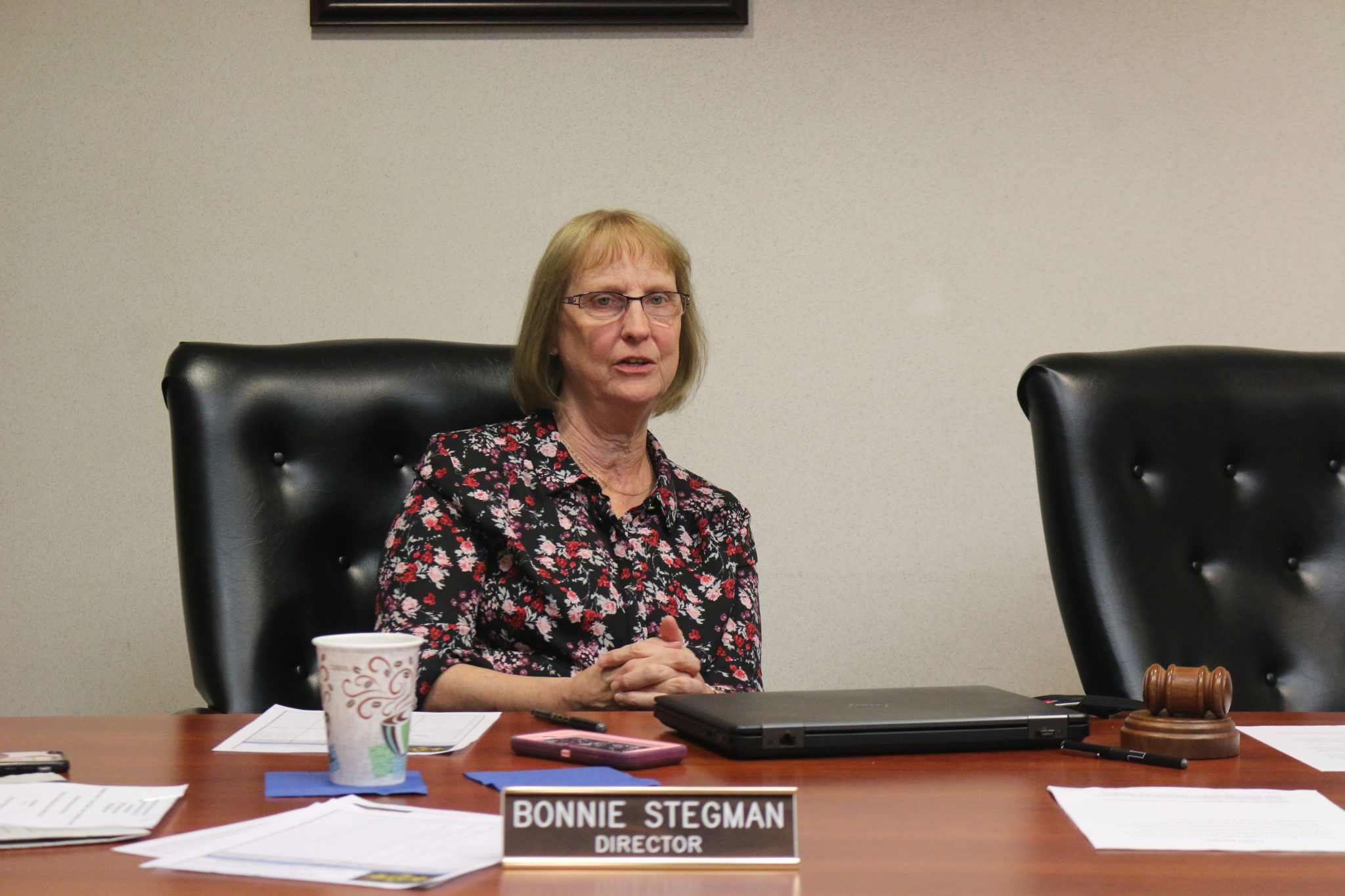 Pictured above: Mehlville Fire Protection District Board of Directors Treasurer Bonnie Stegman speaks during a meeting in summer 2018. Photo by Jessica Belle Kramer.

The Mehlville Fire Protection District has the lowest tax rate of any fire district in St. Louis County for the 14th year in a row.

The Board of Directors unanimously set its 2019 tax rate  — which governs how much taxpayers paid in their property taxes due Dec. 31 — at a Sept. 27 tax-rate hearing.

The district had to roll up its tax rate since the Hancock Amendment prevents government agencies from receiving a financial windfall if assessed values increase. Growth is restricted to inflation and the consumer price index, which was 1.9 percent.

“When assessed values escalate such as they did this year, the rates are restricted as far as what they can be established at… to allow only the permitted amount of growth,” said Chief Financial Officer Brian Bond at the tax-rate hearing.

Mehlville continues to have one of the lowest tax rates of any of the 24 fire protection districts in the county. Bond said he believes the only lower tax rate is the Kinloch Fire Protection District in North County, which is a volunteer fire service that has been under investigation by the state auditor for misuse of tax dollars.

Only one member of the public spoke at the tax-rate hearing. Tesson Ferry Republican Committeeman John Judd spoke in support of the proposed tax rates: “I support the current board 100 percent and their efforts to reform this district… I support everything they have done. The board has, in its time, reformed the outdated pension system that existed in our fire district. The board has built five new firehouses and is presently building a new training center… I might add that this new board has emphasized training, and this is very important.”

Treasurer Bonnie Stegman and board Chairman Aaron Hilmer ran for election in 2005 on a pledge to roll back a 38-cent tax-rate increase that voters had approved the year before. But Hilmer and Stegman argued the fire district didn’t need it.

The 2019 tax rates project $17.461 million for fiscal year 2020. The county will retain 1.5 percent, which means $17.199 million will be available for district use. A majority of the increase will go to the general fund for the fire district.