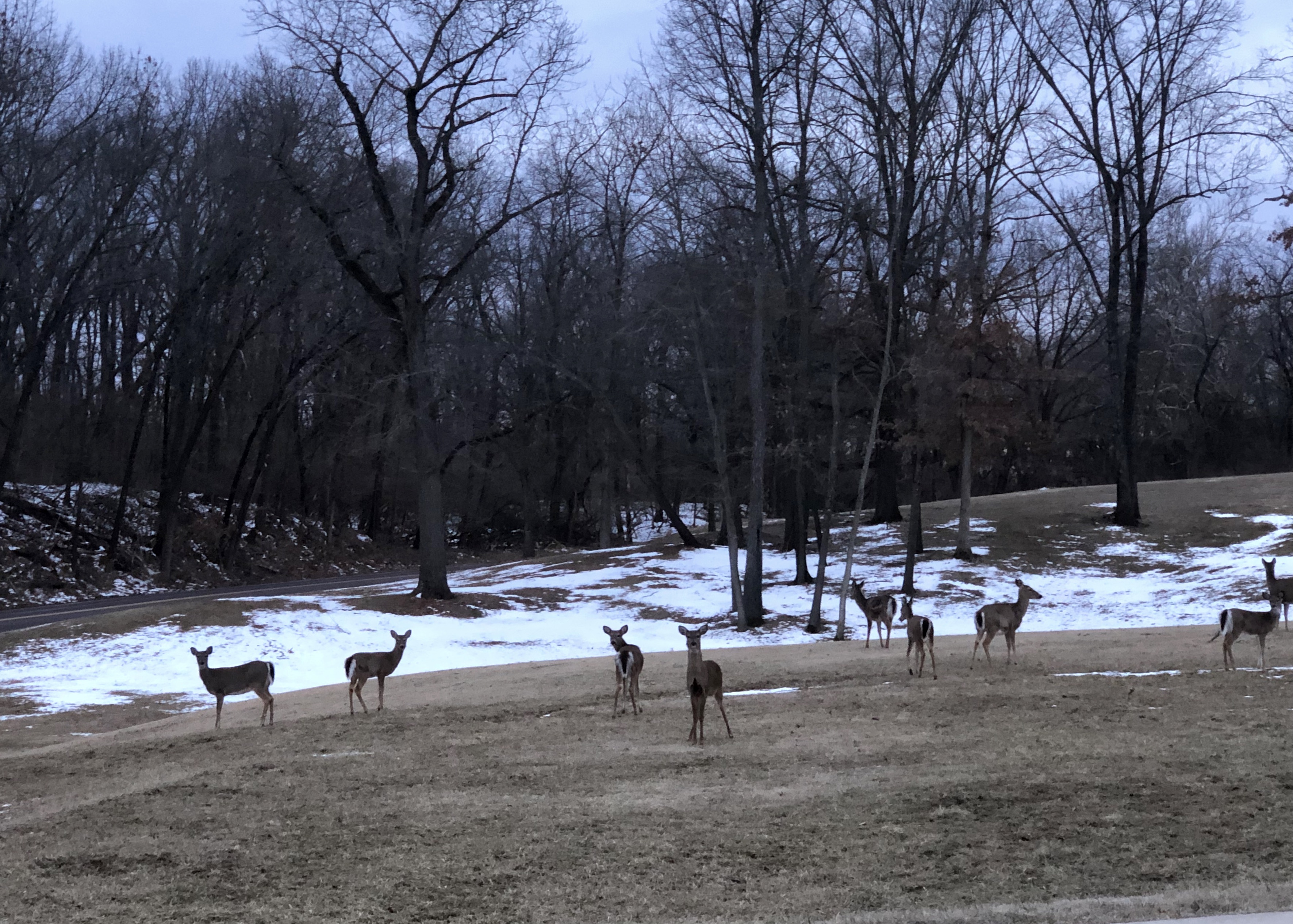 Deer hunters in Missouri will be able to hunt in St. Louis County parks, including Jefferson Barracks, this fall after legislation passed by the St. Louis County Council went into effect the day after Christmas.

The County Council voted 5-2 Dec. 10 to permit the Missouri Department of Conservation to hold archery hunts in county-owned parks “for the purpose of reducing public safety hazards associated with overpopulation of wildlife.”

The two dissenting votes against the bill were Councilwomen Rita Days of the 1st District, D-Bel Nor, and Rochelle Walton Gray of the 4th District, D-Black Jack.

County Executive Sam Page let the bill sit for 15 days without signing it, automatically making it an ordinance. As the council chair last year, Page opposed a similar proposal.

The bill, proposed by 3rd District Councilman Tim Fitch, R-Fenton, and 7th District Councilman Mark Harder, R-Ballwin, allows the Department of Conservation to hold scheduled archery hunts in county parks, subject to council approval. Council members would have the ability to block hunts in their districts.

“Right now the only way we have to cull deer herds is with motor vehicle,” said Fitch during a press conference at Queeny Park Jan. 7. “That’s how we’re keeping the herd down. And it’s not effective. It’s expensive. Human beings are being hurt in these car accidents.”

Some cities in the county already allow deer hunting in some areas inside city limits, including Sunset Hills, Wildwood and Manchester. Sunset Hills allows bow hunting on private property if owners allow it, but not in public parks. Town and Country contracts with White Buffalo Inc., a nonprofit organization that professionally culls deer herds.

While official details are still being worked out, Department of Conservation Metro Media Specialist Dan Zarlenga said that hunters will be required to apply in advance and will be chosen in random drawings. Hunters will be notified later this year if chosen.

“We’re talking about managed hunts… There’s a fixed number of hunters who can participate in the hunt,” Zarlenga said at the press conference. “Hunters… undergo a pre-hunt orientation which includes specifics about boundaries, considerations of the area and safety considerations that are specific to suburban hunting.”

Under the plans, county parks chosen for hunts will not be closed or sectioned off. Hunters will kill the deer by aiming down from elevated stands using bows with a maximum range of 30 yards. Hunters cannot bait deer and will be limited to three deer per hunt.

The timing of the first hunt is to be determined but will take place sometime after the start of deer hunting season, which runs from September to January. Hunters will already have to have an archery hunting permit with the state to participate.

“The goal of any of these hunts is not about eliminating deer… Deer are a part of a functioning ecosystem. They’re also really cool critters… The problem is, the ecosystem, generally speaking, in our urban areas is not really functioning that well. And when the deer overpopulate, they eat basically anything that they can find,” said St. Louis Audubon Society Executive Director Mitch Leachman. “What we’re seeing in county parks is… the woodland is essentially dying. The trees are maturing, the trees are dying as all trees do eventually, and they’re not replacing themselves… The acorns, the hickory nuts and so on will sprout and very quickly be eaten by the deer that are looking for food… This is a habitat issue. This is about managing the habitat.”

Not everyone is on board with the idea, however. Bonnie Boime, vice president of the St. Louis Animal Rights Team, spoke against the legislation at the Dec. 3 council meeting.

“What we really need is a holistic approach of nonlethal methods that addresses the root cause of the problem. Developers need to be involved in this. There aren’t too many deer, there’s too little space because of reckless development,” said Boime. “If developers want to clear land in wildlife corridors, helping to pay for deer sterilization should be part of the cost of doing business. Also partnering with nonprofits to help fund nonlethal, holistic approaches will address the root of the problem and not just exacerbate it and lead to more and more violence in the parks every year.”