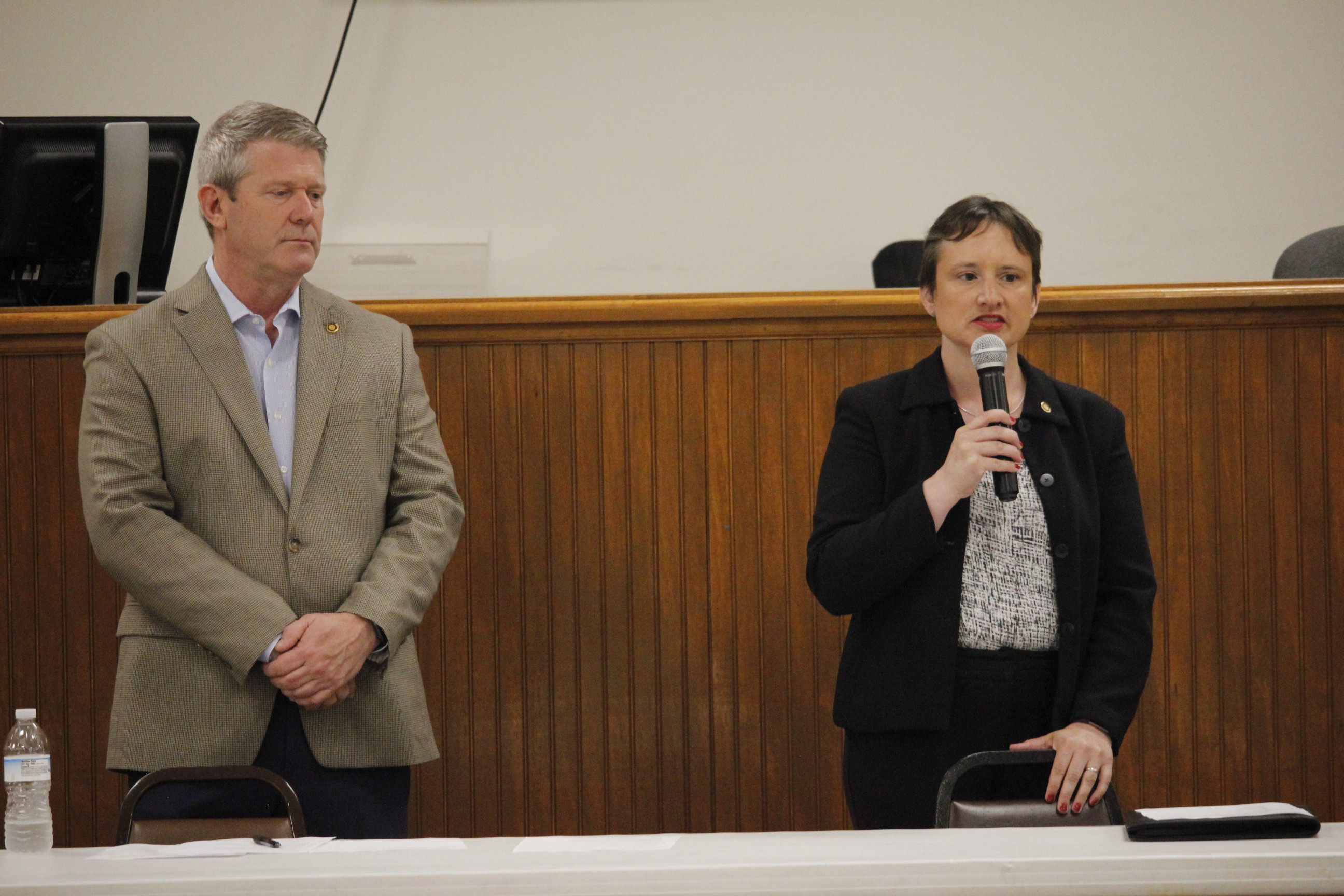 Pictured above: Rep. Doug Beck, D-Affton, left, and Rep. Sarah Unsicker, D-Shrewsbury, right, discuss the highs and the lows of the 2019 legislative session during a town hall meeting at the Affton Elks Lodge. Photo by Erin Achenbach.