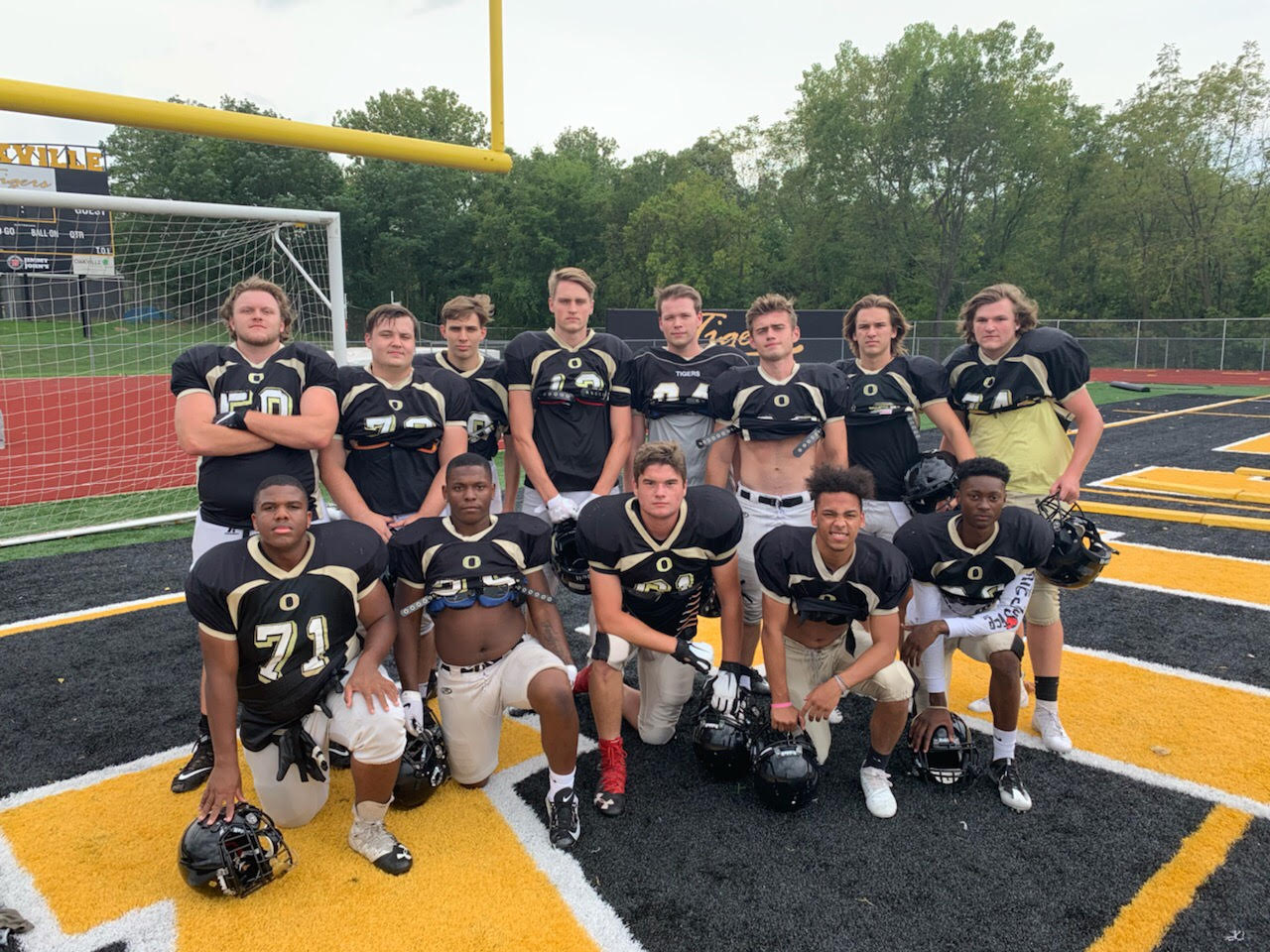 After suffering through an eight-game losing streak, the Oakville Tigers football team got a win when it counted the most.

“It’s been a couple years since we’ve had a win in the playoffs,” Oakville head coach Arlee Conners said. “It’s a chance for us to keep the season alive, and it’s a moment that the kids deserve.”

It was the Oakville defense that got things rolling for the Tigers as sophomore defensive back Kobe Foster scored on a 20-yard fumble recovery with 9:49 to play in the first quarter.

“Kobe is a kid that’s started in every game for us this year, and he’s only a sophomore,” Conners said. “He definitely finds a way to be around the ball a lot and when you do that, good things happen.”

Oakville extended its lead to 13-0 when senior running back Jake Cracchiolo scored on a 20-yard touchdown run with 8:38 to play in the second quarter. Junior kicker Alex Winter recorded the extra point.

“Jake is probably our most productive guy that we’ve had all year long,” Conners said. “He’s a very formidable running back and a big part of what we do.”

The Tigers continued to hammer away at the Parkway South defense as junior wide receiver Jacobi Woods hauled in a 12-yard touchdown pass from senior quarterback Hunter Iffland with 7:35 to play in the first half. Winter notched his second extra kick.

“Hunter is always looking for Jacobi when he gets in trouble, and Jacobi always finds a way to be available,” Conners said.

Oakville’s lead increased to 26-0 as Foster hit junior wide receiver Joey Rounds with a 24-yard touchdown pass with 2:41 to play in the first half. Winter took the extra point to round the score up to 27-0.

Parkway South scored three touchdowns in a second half of action, but it wouldn’t be enough to overcome Oakville’s offensive explosion in the first half of play.

The Tigers are back in action Friday night as they travel to Eureka for a meeting with the Wildcats in the semifinal game of the Class 5, District 2 playoffs. The Wildcats (8-1) are riding an eight-game winning streak in which they averaged just over 30 points a game.

“Eureka is a very good football team,” Conners said. “They’ve been very successful ever since I’ve been a coach, and it’s a program with a lot of pride. We on the other hand have had our ups and downs this season, but our guys are hungry. I think it’s time to see what we’re made of.”

Oakville takes on the Wildcats at 7 p.m.