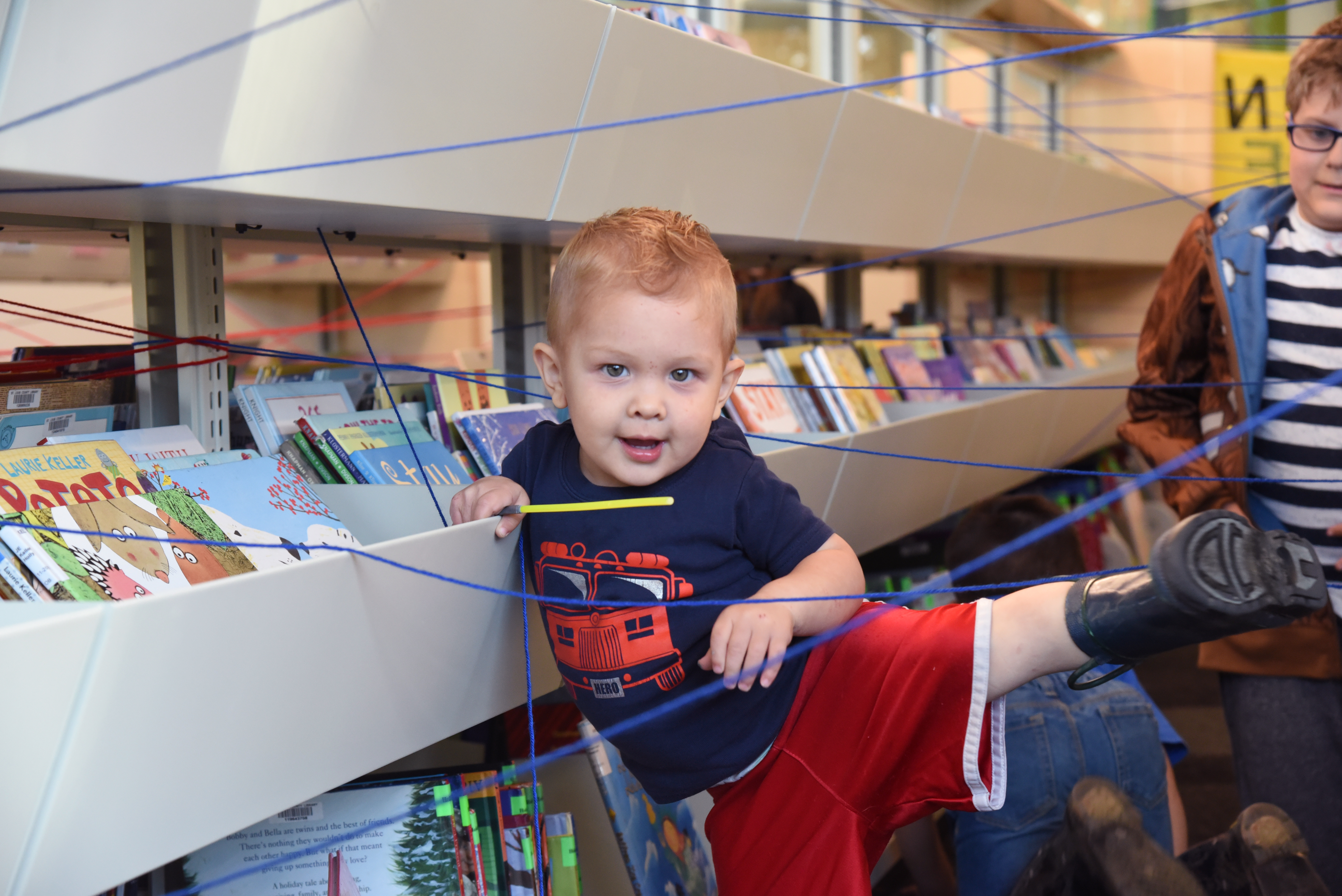 The St. Louis County Library will no longer charge fines for overdue books, and library officials say the initiative will increase access to books while not causing longer waits for books on hold.

The county library and the St. Louis Public Library, the library for the city of St. Louis — St. Louis’ two largest library systems — are going fine-free starting this month with a “New Year, No Fines” initiative, which is part of a broader trend nationwide among libraries to stop charging fines.

“Going fine free sends the message that everyone is welcome at the library,” county library Director Kristen Sorth said at the press conference. “We want to see our libraries busy and full of people. Eliminating fines will make sure the door is open to everyone.”

The Board of Trustees for both libraries approved the elimination of fines in December. In the county, revenue from fines has fallen steadily in recent years after a new automatic-renewal policy went into effect in 2018 and fines for children’s books were abolished in 2016. The boards decided on the change as a way of reducing barriers and increasing equity for library users.

Page said in a news release, “Our libraries are among our greatest assets in St. Louis County and City. I commend the two districts for coming together and opening the door to learning even wider by eliminating overdue fines.”

Krewson said in the release, “Reading has the unique ability to inform, illuminate and inspire. It’s important that we make our great libraries as accessible as possible to the community. I am grateful to our two incredible library systems for collaborating together to do just that and go fine-free.”

Librarians hated to turn away library patrons who had racked up large fines, sometimes due to another family member using their library card or children not telling them about books checked out from a bookmobile, library officials said. Employees of the library have heard hundreds of those stories, and to make it worse, “those might be the people that need it the most,” Sorth said in a radio interview.

Eliminating fines will allow patrons greater access to all of the resources available at the library including books, DVDs, online classes, e-media and more, the library maintains. Cardholders will still be responsible for returning items and paying for any lost or damaged materials.

Sorth said in the release, “We are always looking for ways to remove barriers and increase access to library materials and services. Removing overdue fees helps make the library’s resources more accessible and supports literacy efforts for our entire community.”

Increasing access and impact of the library is a key component of the library’s strategic plan, Sorth said in a radio interview on St. Louis Public Radio.

City library CEO Waller McGuire said, “Public libraries provide vital resources and life enrichment throughout our communities. Individuals, families, businesses, adults, children — the world comes through our doors and networks. Our boards voted to open more doors by eliminating fines. It is a wonderful gift for St. Louis and a great step forward for the region.”

Before the change, county library patrons were charged 15 cents for each day a book is overdue, compared to 5 cents at the city library. Telescopes and musical instruments were fined at $1 a day.

The library collected roughly $130,000 in fines last year, which had fallen significantly from previous years after the addition of an automatic renewal policy in 2018.

That is less than 0.25 percent of the library’s $52 million budget, Communications Manager Jennifer McBride said. Fines charged before Jan. 1 will still have to be paid, but McBride wasn’t sure how much outstanding debt county citizens had racked up. Sorth said that the board will consider this year whether to wipe out that outstanding debt.

Patrons at SLCL will still receive reminders to return materials. An email notice is sent two days before items are due, and at that time eligible items will be automatically renewed. Email notices for overdue items will be sent at several intervals prior to an item reaching 45 days overdue, at which time SLCL will bill the patron for the cost of the item. If a patron returns a billed item, no overdue charges will be assessed.

Not every county citizen was on board with the change. Readers responding on The Call’s Facebook page were worried about how the change could affect wait times for books on hold, and if it would encourage readers not to return books.

“I think doing away from consequences is a bad thing,” Kathy Swanson said. “Maybe offering a way to volunteer to erase the fines away would have been a better idea.”

“I think MOST people will abide by the rules,” Lisa Nickels said. “Most of us aren’t thinking of ways to scam the library out of things.”

In response to questions from The Call, Deputy Director Eric Button said that other libraries nationwide that have gone fine-free have reported little or no negative impact on waiting lists for popular books.

“For the most popular material, our staff monitors the holds queues to maintain our desired holds ratio,” Button wrote in an email. “When the list gets too long we generally order additional copies to meet the demand.”

Whether on hold or not, nearly all items will follow the same rules. Books on hold cannot be renewed, so when they are 14 days overdue, that customer will be charged for the cost of the book.

If a bill reaches $25, the person’s card is frozen and blocked from being used again, “thus adding incentive to patrons for a timely return or resolution of the bill. The billed charge is actually more substantial of an incentive than the $0.15/day in overdue fines. This fines change may actually decrease the waiting time for holds as a result of this,” Button said.

McGuire said the city library was spending money to handle money and collect its nickel-a-day fines.

“We also have to remember how much it costs to collect that money, handling all those nickels and dimes across the county,” he said. “No business on earth would take the time and resources and do the work to collect those nickels. So really it’s a business decision that has a big effect on our customers.”

All SLPL customers will still receive notices when items are due, and again if items are not returned. After 42 days, unreturned items will be considered lost and customers will be responsible for those items.