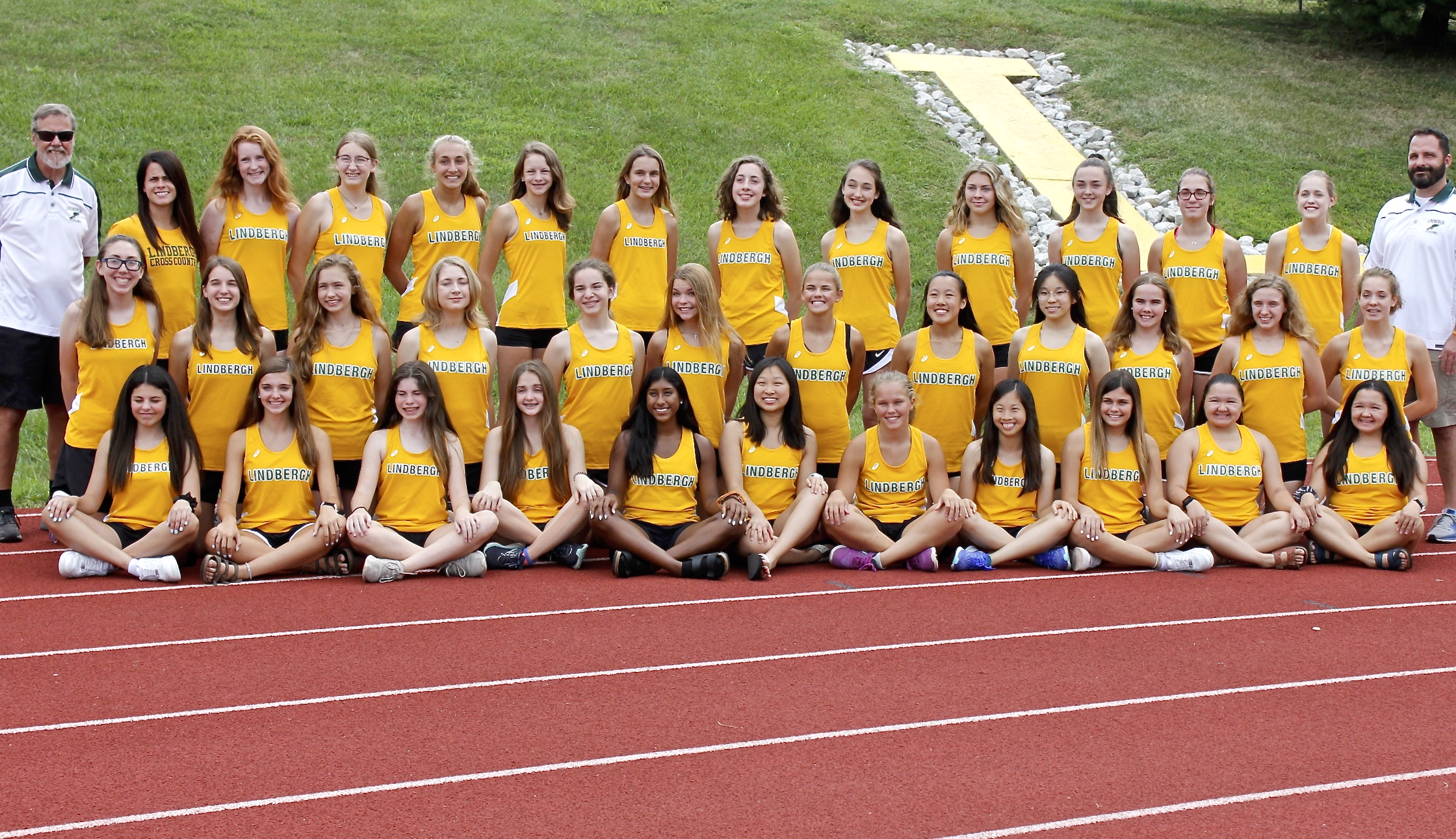 Pictured above: The Lindbergh girls cross country team is looking to defend its district championship and ready to show up at the finish line to go even farther. Photo by Erin Achenbach

The Lindbergh High girls cross country team has a new head coach, and Bryan Hilton is excited about his first year leading the team.

Hilton spent the previous nine seasons as an assistant on the Lindbergh boys cross country team and jumped at the chance to coach the girls squad. The Flyers are coming off a district championship in 2018 and while Lindbergh graduated four of their top eight runners, Hilton is looking forward to the season.

“We had a lot of seniors last year and a lot of runners returning, so I’m feeling pretty good about this season,” Hilton said. “I’ve never been a head coach, so when the opportunity came available, I took it.”

Lindbergh will be led this season by junior Ally Forbes, who placed 28th last year at the Missouri Class 4 state championships.

“Lily is an incredibly smart student and just does everything that we ask her to do, and I think that the sky is the limit for her,” Hilton said.

“Grace has an opportunity to be one of the starters and she’s definitely putting the work in, so I expect for her to make some large leaps this year.”

Junior Katie Kult is another runner that should factor into the Flyers starting lineup this season.

“Katie did a lot of running over the summer,” Hilton said.

“She already runs the team like a captain, and she’s the kind of kid that’s going to run a company someday.”

The Flyers start the 2019 season Saturday, Aug. 31, at the Jackson Invitational. The regular season concludes in October