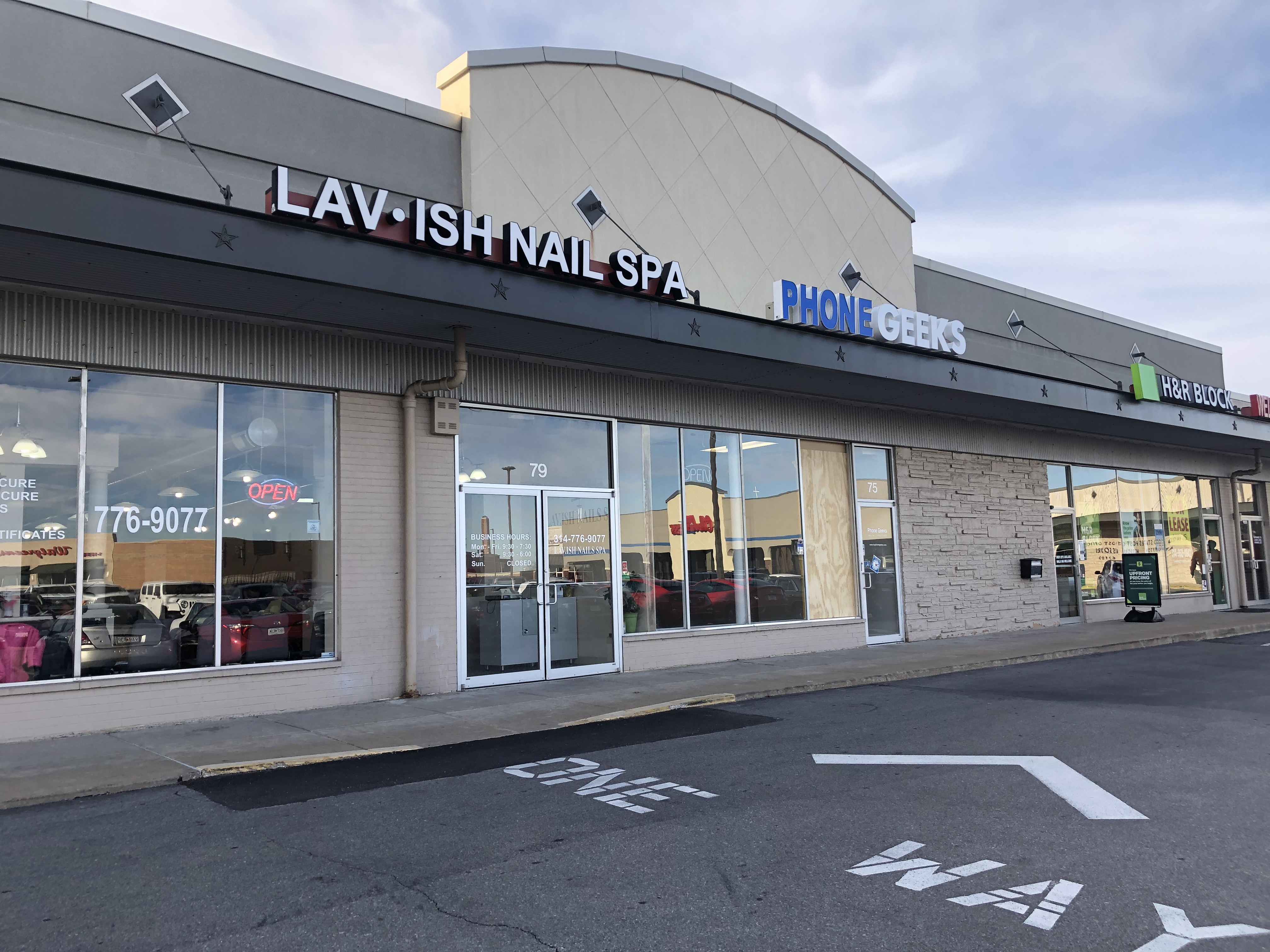 Pictured above: The window at the Phone Geeks store in Affton is boarded up Tuesday after a weekend burglary in Grasso Plaza. Photo by Erin Achenbach.

A break-in at Grasso Plaza in Affton last weekend appears to be an isolated incident, police said Tuesday. 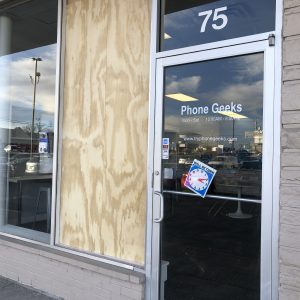 A closeup of the board covering a broken window at the Phone Geeks store in Grasso Plaza. Photo by Erin Achenbach.

The Affton Southwest Precinct of the St. Louis County Police Department received a call at 6:41 a.m. Saturday about a break-in at Phone Geeks, 75 Grasso Plaza. The smashed window and break-in at the phone store happened sometime between 9 p.m. Friday and 6:30 a.m. Saturday.

Police are still searching for suspects in the case.

The suspect or suspects used a brick to break the front window of Phone Geeks and come into the store, stealing several electronic items.

The robbery at Phone Geeks was the only report police received of any break-in in that area, so it is believed to be an isolated incident.

It is the latest in a string of smash-and-grab robberies in and around the 63123 ZIP code, including a string of six robberies at businesses in the Lindbergh-Lin Ferry corridor in July.