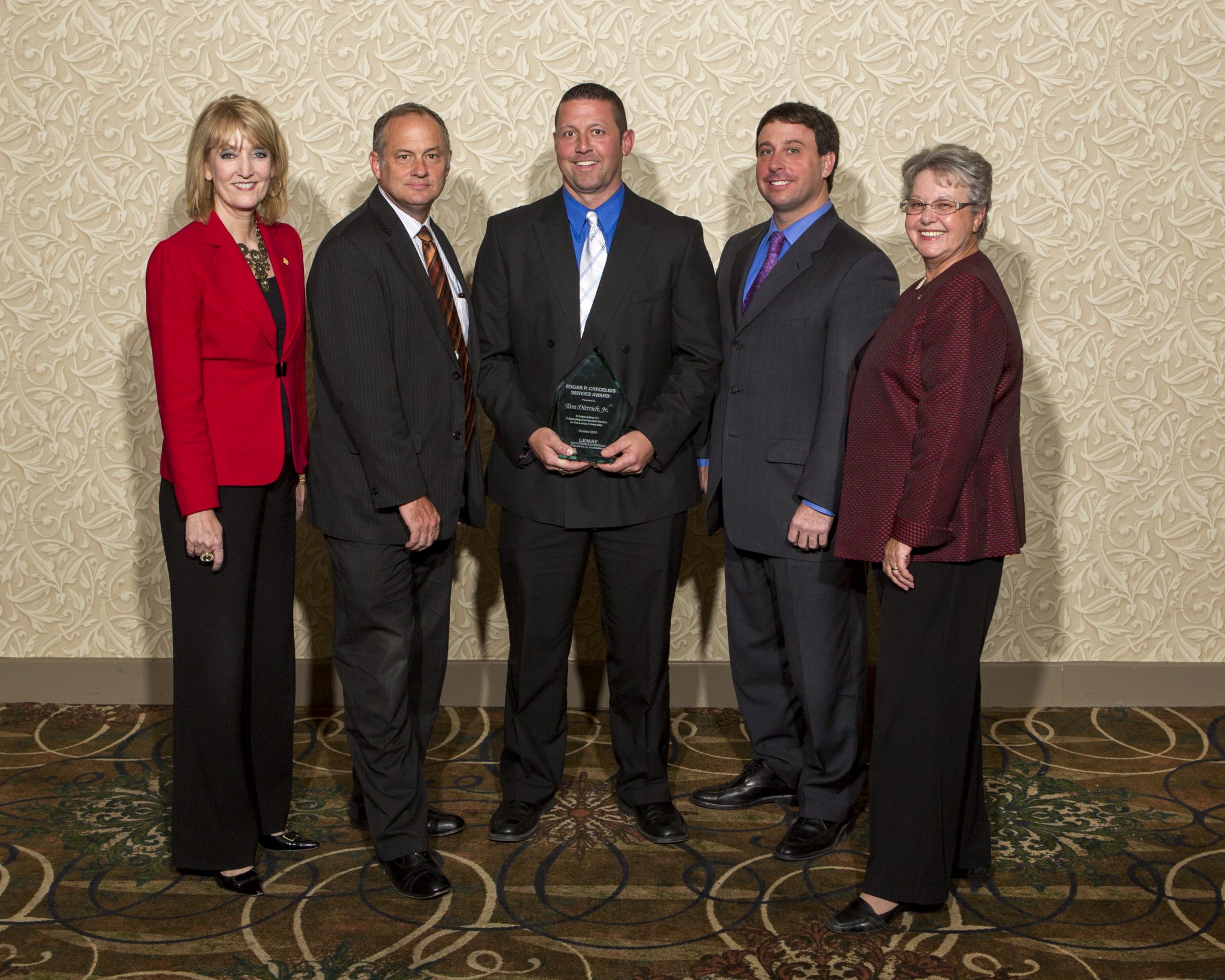 The Call’s previous print and online story is below:

Republicans hope to take back the vacant 6th District County Council seat held for the past six years by County Executive Steve Stenger — if South County GOP officials can ever agree on a candidate.

For nearly a year, Republicans have privately spoken of rifts among the 10 South County township committees that comprise the 6th District.

Those existing divisions surfaced publicly Saturday morning when despite hours of contentious debate, township officials twice deadlocked on a council candidate 5-5, with half voting for Green Park Ward 1 Alderman Tony Pousosa, the seeming frontrunner, and half voting for surprise candidate John Judd, the Tesson Ferry committeeman and a longtime GOP stalwart.

Judd’s candidacy came without prior notice to township officials in Pousosa’s camp. That led Gravois Committeewoman Jennifer Bird of Crestwood — who served as Pousosa’s campaign manager when he ran for county executive in the Republican primary last year — to question whether Judd ran as a placeholder to block Pousosa from running for the 6th District seat, although she noted she respects Judd.

“I’m very suspicious that this was literally a last-minute deal to make sure that other Republicans don’t have to support Tony,” she said.

When the Call asked Judd after the meeting when he decided to run, he said, “I’m not going to comment on that — I’ve got to talk to my advisers and decide what I should say in regard to that.”

Since they made no decision Saturday, the Republicans were set to try again at 7 p.m. Wednesday at the Weber Road Branch Library in Affton. Their Democratic counterparts will meet at 5 p.m. Thursday at Crusoe’s in Oakville to decide who they will select to try to succeed Stenger.

The seat is vacant since Stenger resigned Dec. 31 to take office as county executive. 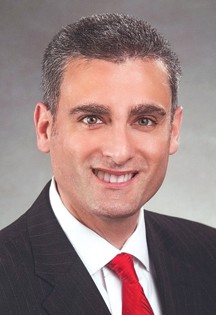 The County Council was set Tuesday night to approve a special election to coincide with the April 7 municipal election for someone to serve out Stenger’s term, which is up for election again in 2016.

The initial indication of the lack of unity at the GOP’s first go-round came before anyone said a word, as the sides staked out opposite sides of the room in the Weber Road auditorium.

The final sign of the day’s seemingly intractable divide came hours later, when the sides could not even agree whether to stop disagreeing for the day, deadlocking 5-5 several times on whether to adjourn.

The arguments in the interim came fast and furious, with some of the most fiery exchanges gaveled down by the chair, St. Louis County Republican Central Committeewoman Rene Artman of Fenton. At one point, the yelling grew so boisterous that the door to the auditorium had to be closed so that library patrons were not disturbed.

The disputes covered not just whether officials should select Pousosa or Judd, but whether Artman should vote, whether proxy votes should be counted or whether they were illegal under state law and whether members of the public should be allowed to make any comments.

Both of the candidates pledged to fight against any city-county merger, guard tax dollars and be more responsive to residents and their concerns than Stenger was.

During the ensuing debate, Celeste Witzel fought the hardest against Pousosa, branding the alderman a “two-time loser” she contends won’t be able to raise enough money to win back the seat.

Pousosa was first elected as an alderman in Green Park in 2007 and unsuccessfully ran for county executive last year and for County Council in 2012.

“Is there any concern from you and your supporters that you’re a two-time loser, though?” Witzel asked Pousosa. “John hasn’t lost the race yet.”

When Douglas asked Judd whether he has ever run for county office or raised enough money to win one, he said the only office he has held is committeeman, but he believes he can raise $200,000 and build enough name recognition to take back the 6th District in April. His wife, Earlene, is a former state legislator, and Judd noted he has the support of several former state legislators. He used to work in constituent services for former Sen. Jim Lembke, R-Lemay.

Pousosa’s backers disputed any aspersions about Pousosa’s electability, citing the ground game and name recognition he has built since he first took on Stenger for the 6th District seat in 2012. Then a virtual unknown, he won 43 percent of the vote, 30,392 votes to Stenger’s 37,511, despite being outraised $400,000 to $4,000. 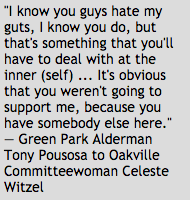 “Considering that you were so close at that point in time against a man who has ultimately become our county executive, I think that says a lot,” Douglas said. “And it says that you were very competitive even against him, with his union buddies and his attorney buddies … Not only do you need money, but you also need support of the people.”

“But they didn’t vote to elect you. And that’s what we’re afraid of,” Witzel said.

“That’s what you’re afraid of — that you won’t get your person in there,” Pousosa replied.

On the issue of losing campaigners coming back to win, Bird noted that Rep. Deb Lavender, D-Kirkwood, ran unsuccessfully three times against former Rep. Rick Stream, R-Kirkwood, before taking over his legislative seat this year based on the name recognition she built in her previous losing campaigns.

Roots of rift from state election

Stream’s campaign for county executive against already-announced candidate Pousosa last year divided the south county GOP, with the Witzels heavily supporting Stream. Pousosa, however, said the root of the hostilities showcased at the meeting began earlier, when he replaced Kurt Witzel for a seat on the Republican State Committee in 2012. 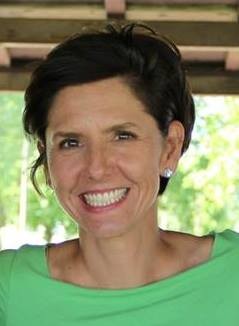 “What changed is after I replaced Kurt on the State Committee, there was animosity between you guys (and me) — I mean, I like you guys,” Pousosa told Celeste Witzel. “I know you guys hate my guts, I know you do, but that’s something that you’ll have to deal with at the inner (self) … It’s obvious that you weren’t going to support me, because you have somebody else here.”

Kurt Witzel told The Call that there is no rift and that he had traded the state committeeman seat back and forth with Judd for years. When Pousosa ran for the seat, he withdrew his candidacy.

When Celeste Witzel asked Pousosa how he ran his campaign for the State Committee, Pousosa said he called fellow Republicans and asked for their support, adding that he also called Kurt Witzel, which Celeste Witzel disputed.

“Were you man enough to call my husband and say, ‘Hey, this is what I’d like to do’?” she asked. “That was the issue. You weren’t man enough to do it in the professional way, Tony.”

Running debate on how to conduct vote

Although Republican leaders told committee members ahead of time that they would accept proxies, meeting participants held a running debate on whether proxies are legal under state statute, whether the county charter overrides local Republican rules governing such elections and whether this election is classified as a special election or a normal election.

Bird fought against using proxies, while the Judd side, which had more proxies, fought to include them and argued against attorney Jack Spooner’s recommendation that proxy votes be marked in case they were later found to be illegal. Democrats do not plan to allow proxy votes when they meet Thursday.

Also at issue was whether the Republican Central Committee chairs who were running the meeting were supposed to vote. 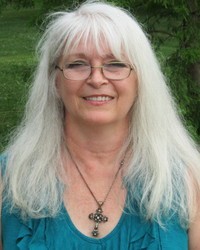 Republican Central Committeeman Bruce Buwalda ceded chairmanship of the meeting to Artman, who was originally going to vote but took out her ballot when Witzel objected. Artman has supported Pousosa in some of his past campaigns, and as the 11th voter, she would have decided the winner.

Although Pousosa’s backers never wavered that they feel he is the key to recapturing the 6th District seat for Republicans, as the 5-5 votes kept coming, they noted the growing unlikelihood that the group will come together for a candidate Wednesday and pondered where the south county GOP goes from here.

“I feel like this is a huge rift that’s just going to keep growing,” Bird said.

If they deadlock again Wednesday, Witzel mentioned a third possibility for the group besides Judd or Pousosa: no candidate at all.

“The reason there’s no provision for a tie is because we don’t have to have a candidate,” she noted.