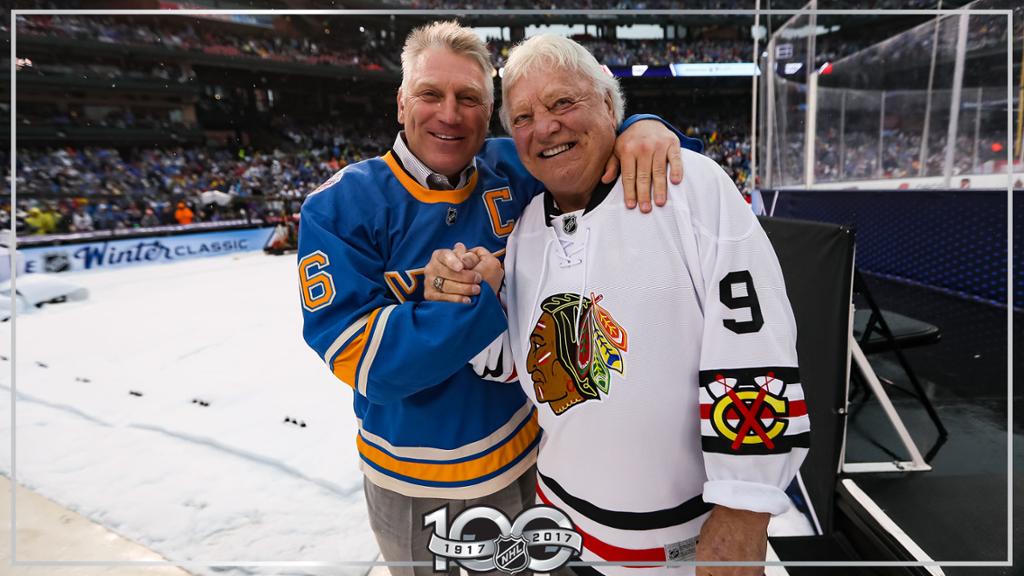 I wouldn’t have necessarily thought of looking to Brett Hull for life advice before last weekend when he offered these words of wisdom during a sit-down talk at the Fan Fair at the NHL All Star Game in St. Louis. But the Golden Brett is full of life lessons:

1. Do what you love, despite obstacles or expectations. “It was like breathing to me, I’m like oh, I’m going to play hockey. Growing up in Canada, that’s what you do.”

2. Learn from others’ mistakes. Don’t be afraid to be different. As Bobby Hull’s son, Hull had seen the careers of his older brothers fizzle in Canada as they struggled to live up to their name. So he went to college in the United States instead.

3. Heed good advice. Hull said that Wayne Gretzky “hates when I tell this story,” but when Gretzky was in talks with Mike Keenan to play in St. Louis, Hull wanted him to come but warned him, “I love you so much I’m going to tell you not to come here because these guys are idiots.”

4. Know that some people never change, and accept it. Gretzky argued that Keenan would change. As Hull said: “I said no he won’t, I’ve been with this guy. He is crazy.”

It took The Great One 20 days in St. Louis to admit Hull was right.

5. Appreciate what you have. Recognize greatness in front of you. “Imagine having Babe Ruth come to play for the Cardinals and pissing him off so much he goes and signs with the Cubs? I mean, it’s crazy,” Hull said of Gretzky/Keenan.

7. “Do the right things and be happy… A happy life is all you can ask for yourself… If we could just get our young people in this country to help someone be happy.… When you see someone down, pick them up. And if we can get our kids to do that, there’d be a lot less struggle, I think.”

8. Celebrate success, as Hull did at the Blues’ Stanley Cup parade.

“I said I am not going to let these people down, I have told them for I don’t know how long that this is going to be a party, and we may do two laps,” Hull said. “I just forget that there’s cell phones now.”