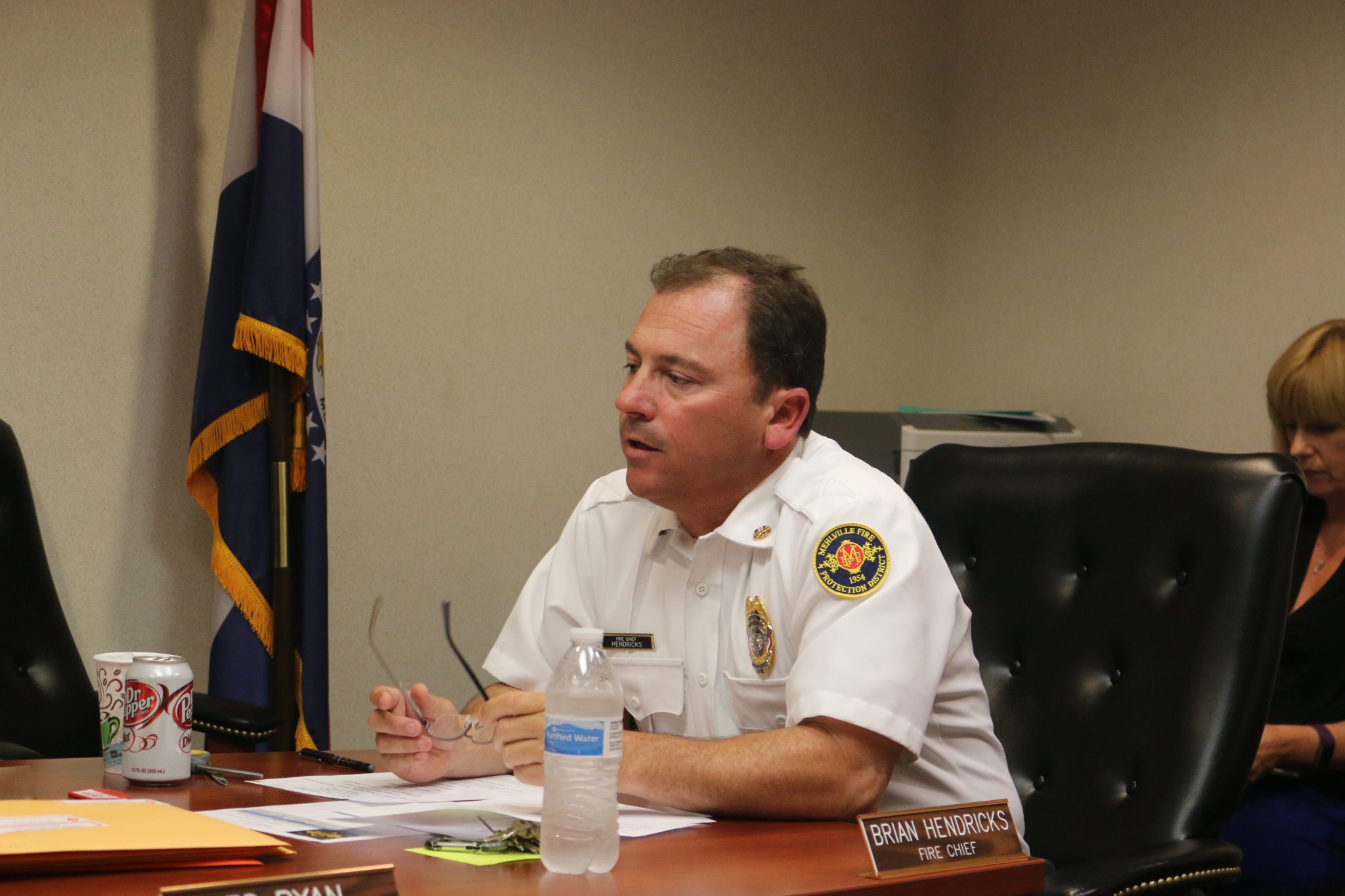 Pictured above: Fire Chief Brian Hendricks speaks during a MFPD Board of Directors meeting. Photo by Jessica Belle Kramer.