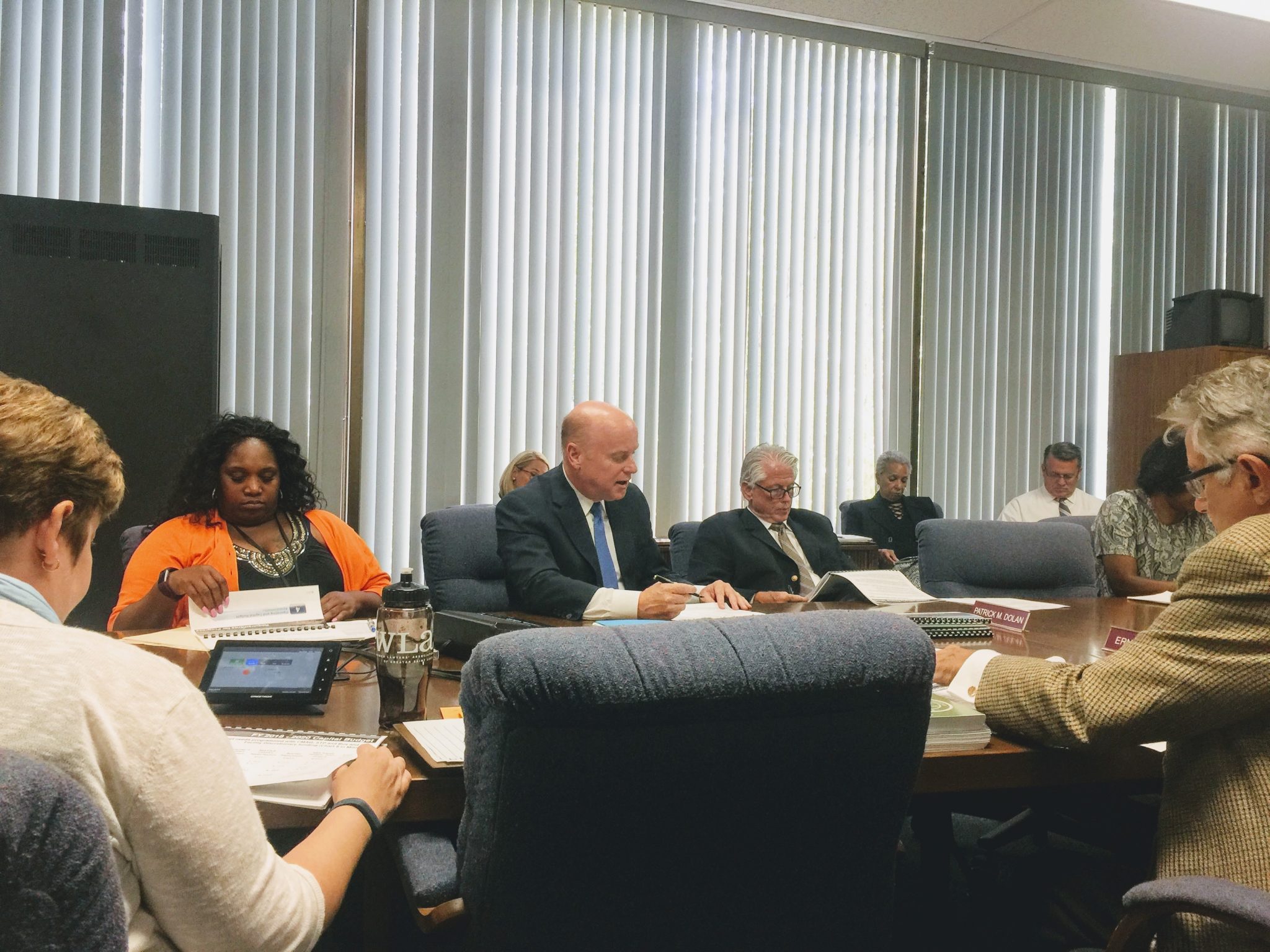 Nations will leave Metro as the longest-serving president and CEO in its history, the agency said in a news release. He took the job in 2010 after leading the campaign in St. Louis County to pass Proposition A for more funding for public transportation. Before that, he served as the mayor of Chesterfield and was a business, economic development and real-estate lawyer for more than two decades.

He wants to spend more time with his family, especially on evenings and weekends, and pursue “other interests in legal and civic affairs.”

The CEO is announcing his intent to leave now so that the Board of Commissioners can find his replacement, Metro said.

“John Nations has done a tremendous job as our leader and we are very saddened to see him leave,” Bi-State Development board Chair Constance Gully said in the release. “He has been transformative for Bi-State Development and the entire St. Louis region.  His leadership has not only turned Metro Transit into a leader in the country in terms of efficiency and reliability, but he has made industry leaders out of all of our operating divisions while consistently leading Bi-State Development to clean financial and management audits.  It is an incredible record of success of which we are all very proud. I personally discussed with him our desire to see him stay and even offered to open a conversation to restructure his contract if necessary.”

But the contract “has never been an issue” for Nations, according to Metro’s statement. He said he is grateful for the board’s support for many years.

“John has brought new regional and national appreciation for the abilities and accomplishments of Bi-State Development,” said board Vice Chair Michael Buehlhorn. “He gets people to think differently about our challenges and opportunities. He has set a new standard for the company and the priority for the Board will be to continue that success into the future.”

Board Commissioner and former St. Louis Mayor Vincent C. Schoemehl said in the release, “We recruited John eight years ago to provide visionary leadership so that Bi-State Development could fill a critical role in providing regional solutions to regional economic development challenges.  It is a testament to his leadership that after all of these years, the only thing people complain about relating to Bi-State operations is something Bi-State Development does not control, which is the policing of MetroLink in Missouri.”

The agency said that Nations “rebranded and re-established” the agency as Bi-State Development in 2015 to “reflect its role as a top economic development driver for the bi-state region. It is now a nationally recognized leader in freight and logistics, tourism, general aviation, and public transportation.”

While Nations said it is time for new leadership, the organization is doing great things on a daily basis: “There are always challenges to be faced, but we as an organization have never avoided taking on the difficult issues and making the tough decisions necessary to advance our region.”

Former Illinois U.S. Congressman Jerry Costello, who has worked closely with Nations for years on the St. Louis Regional Freightway effort and expanding opportunities for the region, said, “I have been working with Bi-State Development for almost 30 years.  John Nations has by far been the best president of Bi-State during that time.  John is an honorable and talented man and regional leaders need to do everything possible to keep him engaged in public policy.”

Board Commissioner Jeff Watson of St. Clair County said, “We selected John to bring quality and innovative leadership to Bi-State Development and I am very proud of the fact that he has accomplished those goals.  He has been diligent about making sure that the interests of the entire region are considered when making key regional decisions relating to operations and opportunities.  We will have high expectations for his successor to continue that vision.”

Nations said he is looking forward to the completion of several major projects this summer, including the opening of the Cortex MetroLink station, which was Metro’s first transit project partially built with private funding.

“A federal grant combined with Cortex and its partners have provided the funding for this critical piece of the system and it can serve as a new model on funding transit in the future,” he said.

He also looks forward to the replacement of the Merchants Rail Bridge, which crosses the Mississippi River three miles north of downtown St. Louis. Bi-State Development and the St. Louis Regional Freightway have worked with the Terminal Railroad Association of St. Louis and the Class I railroads to provide funding to replace the 127-year-old bridge, Metro said.  The roughly $225 million project is expected to get underway later this year.

“That bridge is an incredibly important part of the region’s and the country’s economic infrastructure and securing its funding is our top freight priority and one which we hope to achieve in the next few weeks,” Nations said.  “It is a critical element of a very bright future for the freight and logistics industries in our region.”

Nations also looks forward to continuing the work of the Bi-State Development Research Institute, which is helping to change thinking around public transportation. The institute has brought grant funding to St. Louis County neighborhoods that are food deserts along with simple health screenings at transit stations.

Both of these pilot programs help improve the quality of life and lower health costs, Nations said.