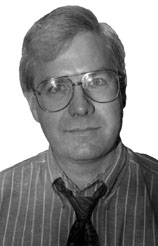 While Crestwood’s capital improvements fund and parks and stormwater fund are in sound condition, the city’s general fund is “depleted,” Mayor Jim Robertson writes in his first State of the City Address.

Robertson, a former Ward 3 alderman who was elected mayor last April, previously said he would publish a State of the City Address in the March issue of the city’s newsletter, Crestwood Connections.

In his address, the mayor noted that cash-flow management is critical because the city is so dependent on sales-tax revenue, which fluctuates throughout the year. The city’s general fund also includes the internal service fund, which is “uncommitted cash” used to manage the cash-flow needs of the city.

“Cash-flow needs vary during the fiscal year because expense levels are relatively constant, while revenues vary from month to month depending on the time of year. Cash-flow management is very important because if we manage our cash-flow requirements properly, we can avoid the necessity of borrowing money during the year. Otherwise, we incur the interest expense associated with any loan,” he wrote.

“An accelerated capital-improvements program for street reconstruction and repair played a part in this decrease,” the mayor continued. “Also, the city was not sufficiently aggressive in controlling costs, consolidating functions, and improving the efficiency of daily operations.”

Noting the “sound condition” of the capital improvements fund and the parks and stormwater fund, Robertson noted, “After adjusting priorities to meet the demands of scheduled projects, there are no foreseeable problems with cash flow (in those two funds). Street reconstruction and repair projects will continue on schedule and we will build the much-needed police and municipal court building.

“Park and stormwater projects will continue and we are developing a master plan for our parks, so that our park projects will complement each other and produce balanced park and recreation facilities throughout the city to benefit all of our residents.”

However, the mayor wrote that the reconstruction of Whitecliff Park Drive will be deferred until next year.

As previously reported exclusively by the Call, City Administrator Don Greer informed the Ways and Means Committee in January that while the Board of Aldermen was led to believe the city’s general fund was balanced at the end of fiscal 2002, that was not the case.

“I have been led to believe that there were journal entries made to balance the general fund. By that I just simply mean that expenses were transferred into another fund to give an inaccurate ending fund balance. There’s no money missing or anything,” Greer said.

Under the City Charter, the city administrator is authorized to transfer all or any part of unencumbered revenues among accounts within a department after the budget is adopted. However, the approval of the Board of Aldermen is required to transfer unencumbered revenues from one department to another and “monies held in reserve, contingency or undesignated funds shall be transferred or en-cumbered by motion of the Board of Aldermen,” the charter states.

Greer, who has served as the city’s police chief since 1990 and is continuing in that role, was named city administrator by the Board of Aldermen in December after aldermen ac-cepted the retirement of longtime City Administrator Kent Leichliter.

Leichliter’s retirement was effective Dec. 31, but he remains an adviser to the city until March 2004 under the terms of a “reassignment agreement” approved by the board. Leichliter, who had served as city administrator since 1978, will continue to receive his $91,056 salary until March 1, 2004.

At the Jan. 18 meeting, Greer also informed Ways and Means Committee members that he had asked for and received the resignation of Robert Wuebbels, the city’s longtime finance officer.

The city administrator is proposing to ask the Board of Aldermen to eliminate the position of finance officer and create the new position of director of finance. A candidate for that new position could be recommended to the board as soon as next week as Greer has completed interviews for the post.

Greer told Ways and Means Committee members that he attempted to assess the city’s financial position shortly after being named city administrator, but had difficulty in obtaining historical financial data and subsequently purchased a computer program that allowed him to obtain data directly from the city’s general ledger.

In discussing how the city arrived at its current financial situation, Robertson wrote, “During my service as an alderman, it became increasingly obvious to me and to others on the Board of Aldermen that the financial information needed to make decisions often was not available. Frequently, we were expected to act on financial information lacking in detail. My frustration with this situation was a significant factor in my decision to run for mayor last year.

“Despite the best efforts of your Board of Aldermen and me, we still were not provided with the financial information necessary to make informed and intelligent decisions on your behalf,” the mayor continued. “Obviously, changes were necessary if the city of Crestwood was to move toward a ‘Better Way.’ Many of those changes have been made and we can now fulfill our obligations to you.”

Now that Greer has been able to assess the city’s financial situation, Robertson wrote, “… The city needs a minimum of $1.5 million of ‘uncommitted’ funds to manage cash-flow requirements. There is now approximately $750,000 in the internal service fund and no surplus in the general fund, leaving the city about $750,000 short of preferred minimum requirements. The new city administrator has presented detailed financial information and cash-flow analysis to the board.

“He believes the city should have $2 million of unencumbered cash in the general fund to meet cash-flow requirements and to plan for unforeseen economic issues,” the mayor wrote. “The city is heavily dependent upon sales-tax revenue, the most volatile of revenue streams, as our primary source of revenue. We must restore $1.25 million in the general fund in the next few years to securely meet anticipated demands of the future.”

That goal can be achieved, Robertson wrote.

“There are many possible and viable solutions. Govern-ments frequently increase revenues as the first solution to financial needs,” the mayor noted. “This is not appropriate until the city can honestly say that it is operating as efficiently as possible with current assets. The solution is to work harder, smarter and more efficiently.

“Obviously, that means doing more things with the same people or doing the same things with fewer people. Great strides are being made in that area and will continue in fiscal year 2004. The budget for the coming year will show these results.”