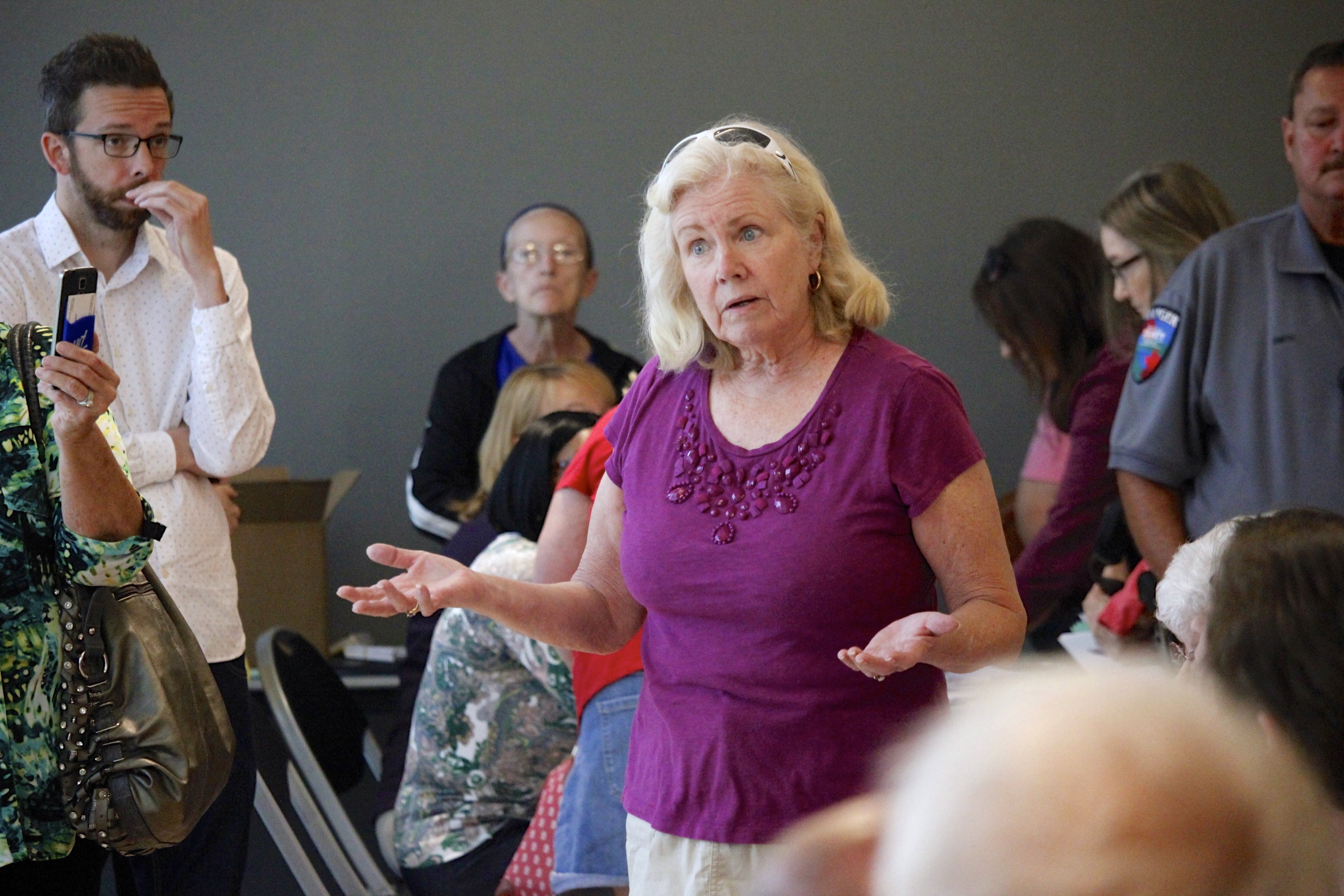 Pictured above: Resident Penny Kelley questions St. Louis County Assessor Jake Zimmerman on how she is supposed to afford an increase in taxes as a result of increased property values after this year’s reassessment during a town hall at The Pavilion at Lemay Thursday, June 20, 2019. Kelley said that she lives on a fixed income. Photo by Erin Achenbach.

The St. Louis County Board of Equalization voted Thursday to extend the deadline for filing property assessment appeals until July 29, but only if residents tried and failed to file an appeal July 8.

The initial deadline for online appeals was 11:59 p.m. July 8, but the county’s form closed at 5 p.m. An employee realized the error that day and stayed until 11 p.m. fielding calls from frustrated residents trying to appeal.

The equalization board had been informally taking appeals from residents who said they tried to file that day and couldn’t, but County Executive Sam Page urged the board Tuesday night in his county executive’s report to the County Council to extend the deadline for all appeals so that taxpayers could get their time with the board.

It was unclear how the Board of Equalization will actually investigate or enforce whether residents actually tried to file an appeal July 8.

“As things now stand, and based on the board’s actions yesterday, the deadline for filing appeals to the BOE is now July 29, but only for those who attempted to file online before midnight on July 8. Those folks can file online, by USPS or in person until July 29,” said Sarah Siegel, a spokeswoman for the county assessor’s office. “Our staff is working very hard to carry out the board’s newest direction and serve the taxpayers to the best of their ability.”

The board’s website does not state anything about the deadline extension, and the county’s online appeals form redirects to a page saying that appeals are closed.

A request to the board for meeting minutes and votes from its two most recent meetings was not returned Friday.

The three-person board will hold 20,000 hearings before the August deadline.

It was also unclear if the board can overrule a state law that says the board “shall” take appeals until the second Monday in July.