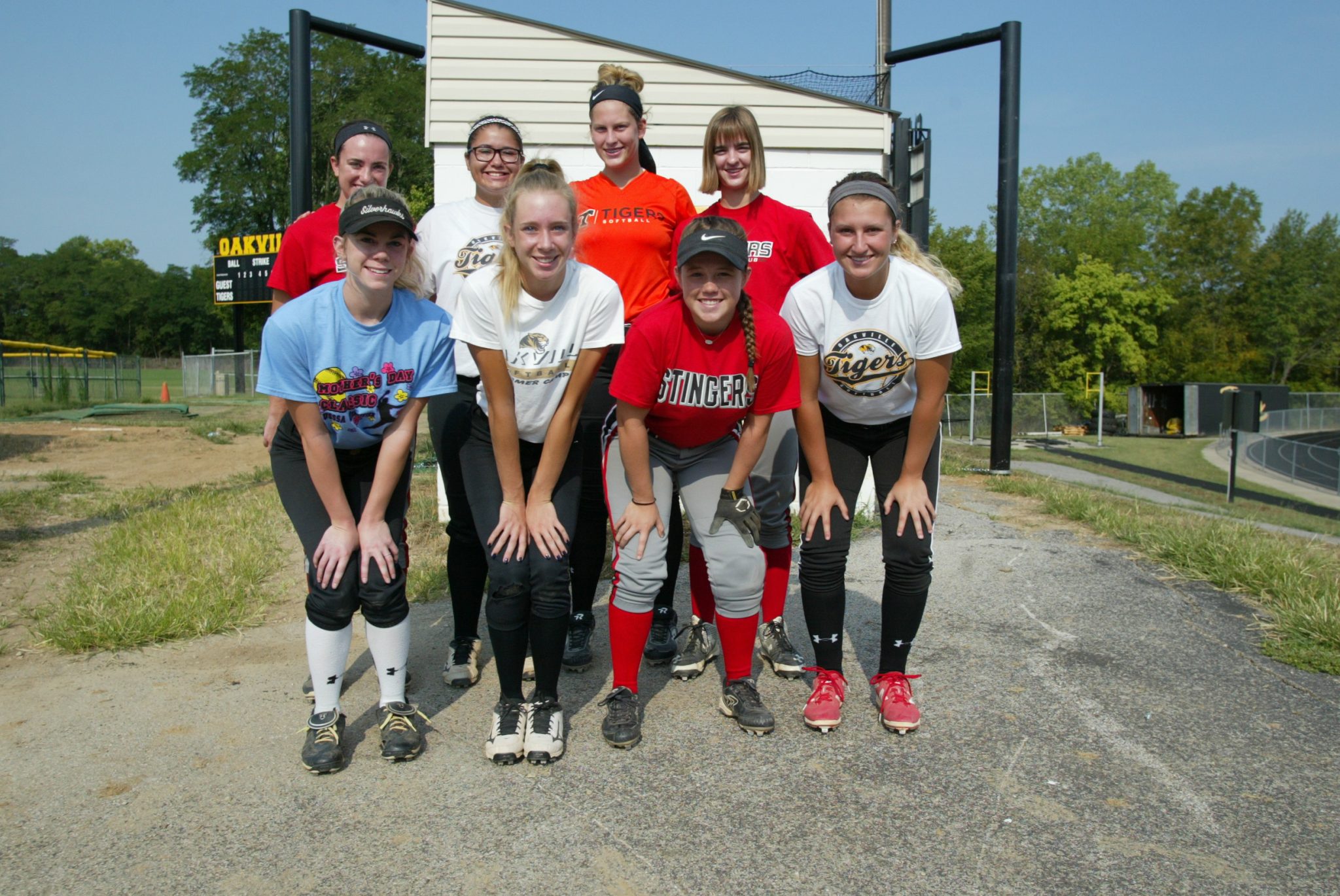 Oakville High head coach Rich Sturm is excited and has ‘high expectations’ for his softball team for the 2017 season. Photo by Bill Milligan.

Losing to Seckman in the district tournament last season cut the Oakville High School varsity softball team’s postseason run short, but the Tigers have lots of talent returning and look to continue their reign as a top contender for the state championship in 2017.

Head coach Rich Sturm told the Call that his team looks pretty good all across the diamond, and he’s excited to get the season underway.

“We have high expectations. We have a lot of returning players, a lot of returning starters. I’m very happy with our pitching — defense looks good,” he said. “I think we have an opportunity offensively to have one of our better teams we have had in a few years, so I think all the way around we expect to play at a high level. I think there is a high level of enthusiasm by the players. We are ready to go.”

Heading the long list of returning starters is four-year varsity player and shortstop Maddie Michalski and second baseman Melanie Mooney, while pitchers Makayla Slavik and Calynn Gicante will split time in the circle this year. Catchers Alivia Auer and Jessica Gerber will split time behind the plate.

Also coming back are outfielders Baylee Ryan and Amanda Fitzwilliam.

“So we like our depth. I think we are deep in some areas despite the big loss in Hannah Chambliss. Fortunately, we are deep enough that we can absorb that a bit. And she was an outstanding player,” Sturm said of Chambliss, who tore her ACL over the summer.

“So that was a tough loss. But we have a good group of kids, a lot of experience. And as you can see as you run through those names of how many years on the varsity I told you they’ve played, they have all contributed in a significant way. That has kind of added to our level of excitement and enthusiasm.”

For the Tigers to reach the mountaintop this year, leadership will be one of the key factors, according to Sturm.

“… I think we have good leadership in place with our senior group,” he said. “So  that is always a key to me. The buy-in factor, I think we have that as well. I think we got everyone in the program buying into what we are trying to do and what our goals are.”