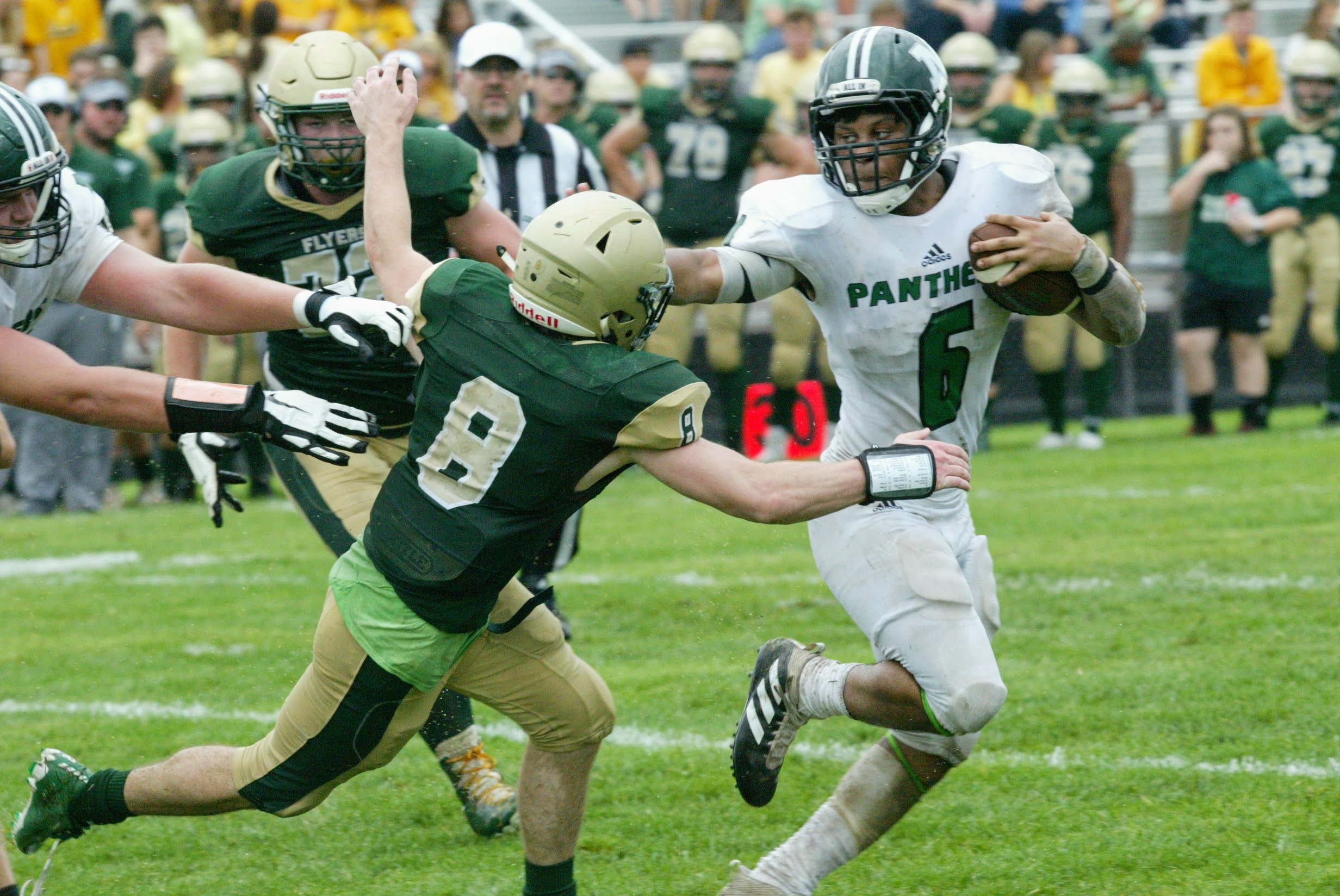 Pictured above: The rain-delayed matchup between Lindbergh High School and Mehlville High School Saturday had all the ingredients of a state playoff game, despite being the first week of the 2019 season. Mehlville fell to Lindbergh 17-10. Photo by Bill Milligan.

Mehlville High School’s first home football game will be played on the field at archrival Oakville High School due to delays with installing the high school’s new bleachers.

Oakville will hold its first football game at 7 p.m. Friday against Parkway West. The Tigers are 1-0.

Mehlville, which is 0-1 after a tough defeat at Lindbergh last week, will take on De Soto at Oakville High School at 7 p.m. Saturday.

The game had to be rescheduled in time and place due to Mehlville’s bleachers not being completed by the start of the school year. It was originally set to also happen at 7 p.m. Friday, at Mehlville High School on Lemay Ferry Road.

Soccer games can still be played on the Mehlville football field since those games don’t attract as many fans to fill up both sides of the bleachers, Superintendent Chris Gaines said.

Gaines also thought the newfound togetherness of the football games could spark a timeout on the interdistrict rivalry between Oakville and Mehlville.

He saw that happen when he was the superintendent in Wright City, where work on the stadium meant that the team had to play its home games at Warrenton.

In the past, the district has made allowances for Mehlville Panthers who don’t want to be associated with the Oakville Tigers.

When flooding forced both schools’ graduations out of the Family Arena in St. Charles in 2013, the district moved graduation to the Oakville High School football field.

But for the Mehlville ceremony, officials covered up the Tigers and Oakville logos.

But that won’t happen for the football game, Gaines said: The Panthers will play on the Tigers’ logo.

The next Mehlville home football game is not until October, and the high school’s bleachers will be finished by then, Gaines said.