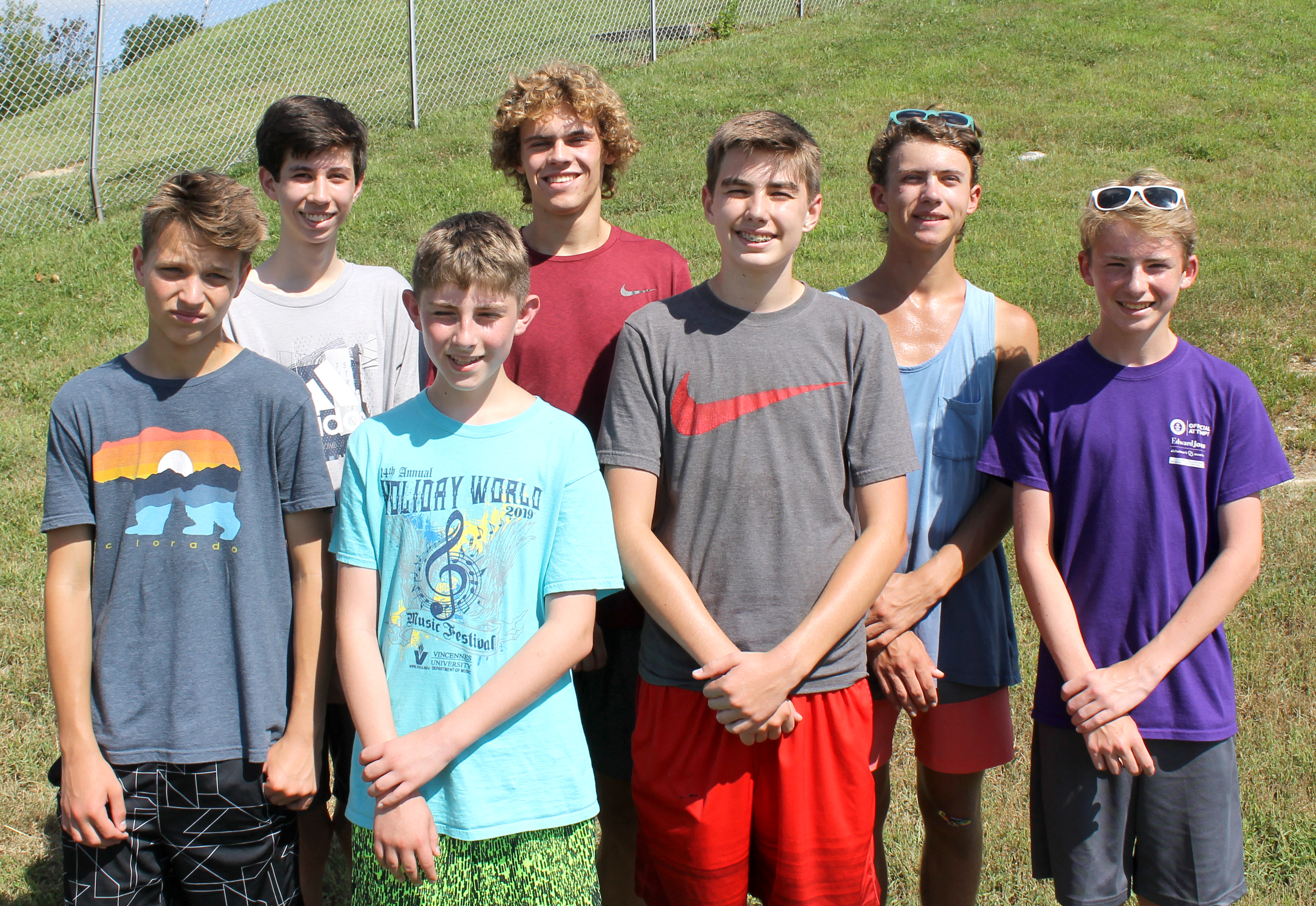 Pictured above: Oakville High head coach Steve Headrick says his boys cross country Tigers are young, but are running for a strong top five this year.

The Oakville High School boys cross country team is hoping for a bright future this season.

That’s the assessment from head coach Steve Headrick after the first week of practice.

“The boys are a young team this year,” Hedrick said. “We have quite a few new kids this year.

“We’ve picked up quite a few soccer players this season.”

Headrick sees a lot of potential in senior Jack Parcell.

“We’re looking to have a strong top five this year,” Headrick said. “There are so many new faces, it’ll be interesting to see how the boys do.”

Headrick has a few strong upperclassmen he thinks are strong contenders.

Juniors Drew Ganley and John Stephens are among them. Sophomore Andrew Blanchett is another.

“We’re going to work on trying to increase our numbers,” Headrick said. “We’re looking for new fresh blood. We’re hoping to push a few through districts this year.”

Headrick is no stranger to Oakville High School athletics. He graduated from OHS in 2006 and participated in track and field during his time as a student, when he was one of the best in Missouri.

Headrick was runner-up in the 2006 state championship in the 800-meter race and went on to run track and cross country at the University of Missouri-Columbia.

The cross country team will run in its first meet at the Fort Zumwalt North Twilight Invitational Saturday, Sept. 7.

The invitational, which is one of the only night races in St. Louis, will be held at the Pheasant Run Golf Course in O’Fallon.

The team’s second meet will be the Northwest Stan Nelson Invitational Tuesday, Sept. 17.

The final meet of the season, the Patriot Classic, will be held Thursday, Oct. 17 at Parkway South High School.