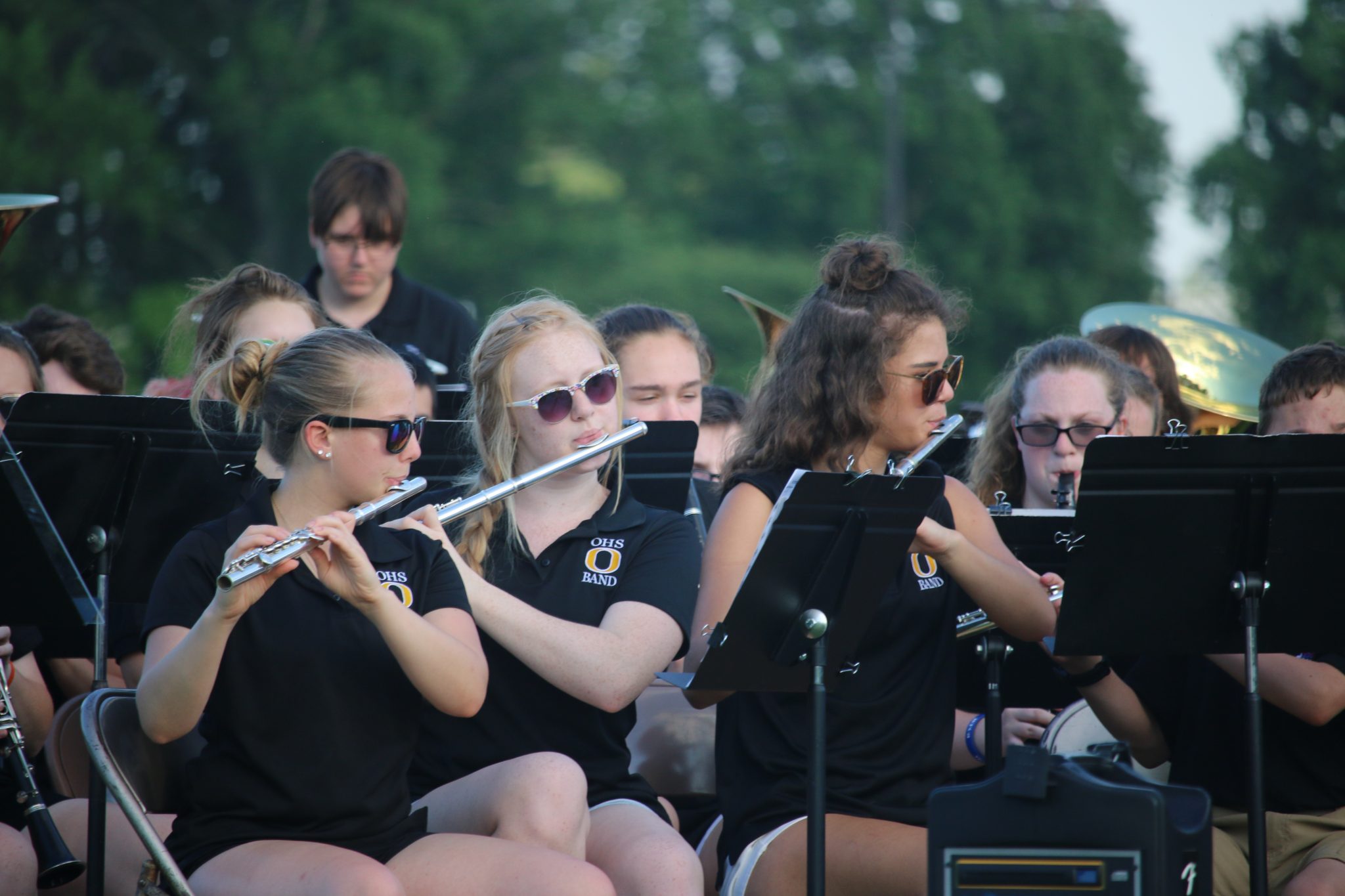 The Oakville High School Tiger Band is one of only a few bands from the United States that will perform this week at the 75th anniversary of D-Day.

On June 6, 1944, now known as D-Day, the Allied Invasion of Germany-occupied France and the beginning of the liberation of Europe from Nazi Germany began.

Both cemeteries will host public wreath-laying ceremonies. Prior to the parade, the OHS band will perform a 30-minute concert in the town square of St. Mere Eglise.

During their last days of school, leadership team members Christina Meyer, Jake AuBuchon, Matt Coombs and David O’Donnell were all looking forward to representing their country while they travel and perform with their classmates.

“I’m just excited to go and perform in France, because I love performing here and representing our city and sometimes our state, but we’re actually kind of representing the country as one of the few bands that are going,” senior flutist Christina said. “In the future, I want to impact the world in some way. So I get to take something I love doing, and I get to go overseas and do it, and I think that’s a really special thing.”

Besides practicing for the trip, the OHS band had to raise enough money to aid students in paying for the trip. Band members were offered several fundraising opportunities throughout the school year to help them pay for the trip.

Overall, the band raised $76,000 of its $500,000 goal, which will help cover costs associated with baggage fees, uniforms, vehicles and tips, music folders and student meals. The students and their parents will be left to cover the rest of the expenses themselves.

The band will perform three days in a row while in Normandy. While marching in the parade, band members will be carrying cards with individual veterans’ names on them.

With a $10 donation, the donor was allowed to write a veteran’s name on a card to be personally carried by band students while they perform on Omaha Beach. The band sold over 2,000 individual cards. The students will carry 15 each.