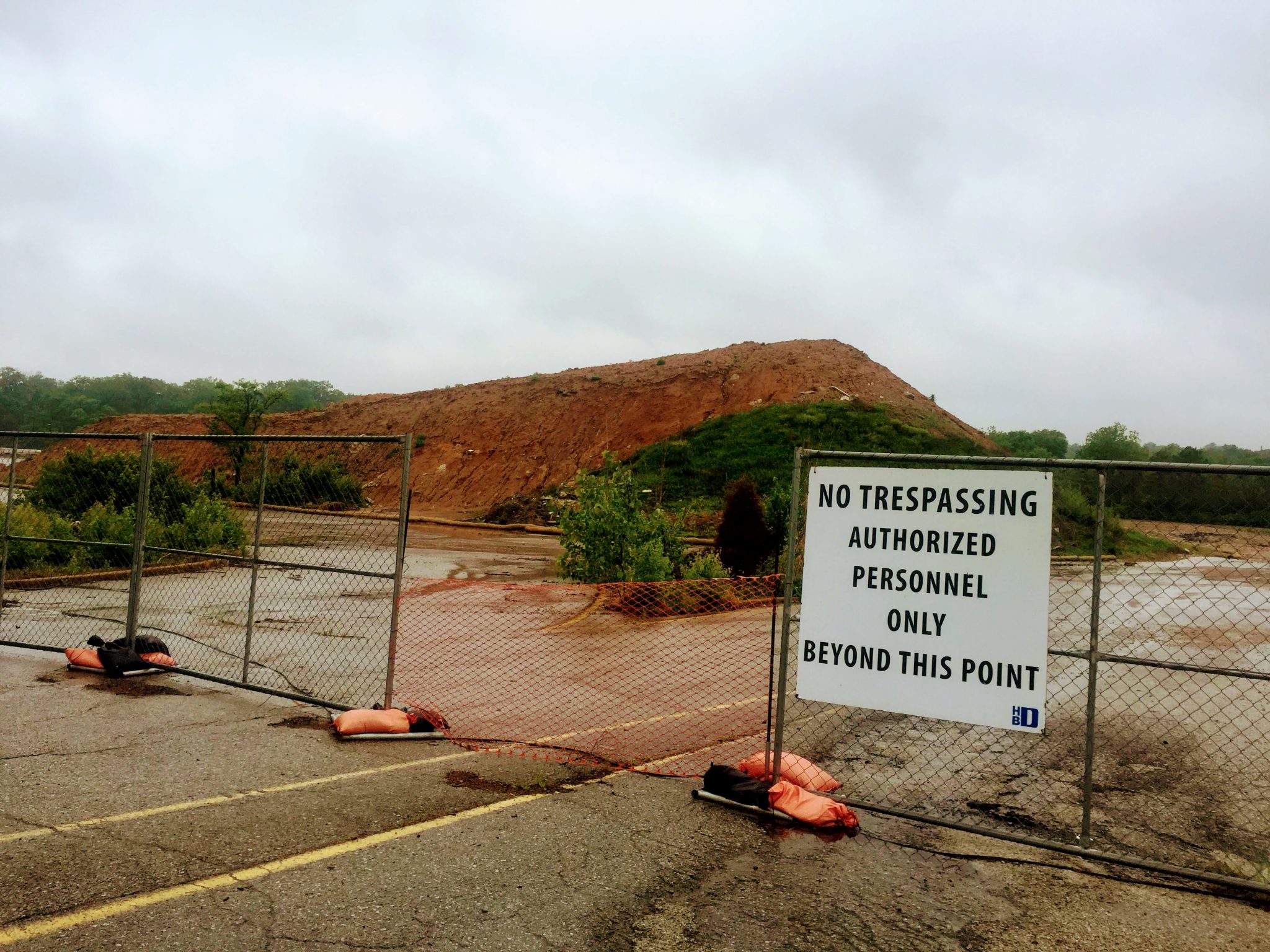 The city of Crestwood is monitoring what City Administrator Kris Simpson is calling the “dirt stockpile situation” on the former Crestwood Plaza mall site.

The 47-acre site of the demolished mall at Watson and Sappington roads is owned by Chicago-based UrbanStreet Group, which has a permit through July that allows temporary storage of dirt. UrbanStreet proposes a $104 million mixed-use development, but the project has so far stalled.

City officials met with UrbanStreet last week and the developer “informed us of some of their direction,” Simpson said, but not anything the city can release publicly yet.

But UrbanStreet said they will seek a grading permit in the next few weeks “so that they can grade out what has been affectionately referred to as ‘Mount Crestwood,’” Simpson said. “The eyesore’s being remedied, and that’s kind of the big thing that came out of our meeting Thursday.”

Before the meeting, the city identified two options for the developer.

“1. Present us with specific details about their project and begin the process of seeking the necessary approvals in order to begin construction. In this case, we would grant a reasonable extension of time to hold the fill dirt while they obtained these approvals.

“2. Seek a grading permit from us, so that they can begin grading out the dirt when their current permit expires. There will be no extension of time. If the deadline passes and they have not begun grading out the dirt, we will cite them for every day they are in violation.”

As for the mall itself, the end of the dirt mounds could pave the way for a redevelopment project, or not.

“We don’t have anything solid, and I’m reluctant to go on speculation,” Simpson said.

Before the meeting, the city administrator said, “There has been some back-and-forth communication indicating something may be in the works, but they have not shared any details with us yet. They’ve said these things before, and nothing has come to pass, so I’m skeptical until they’ve put paper in my hands showing signed contracts.”