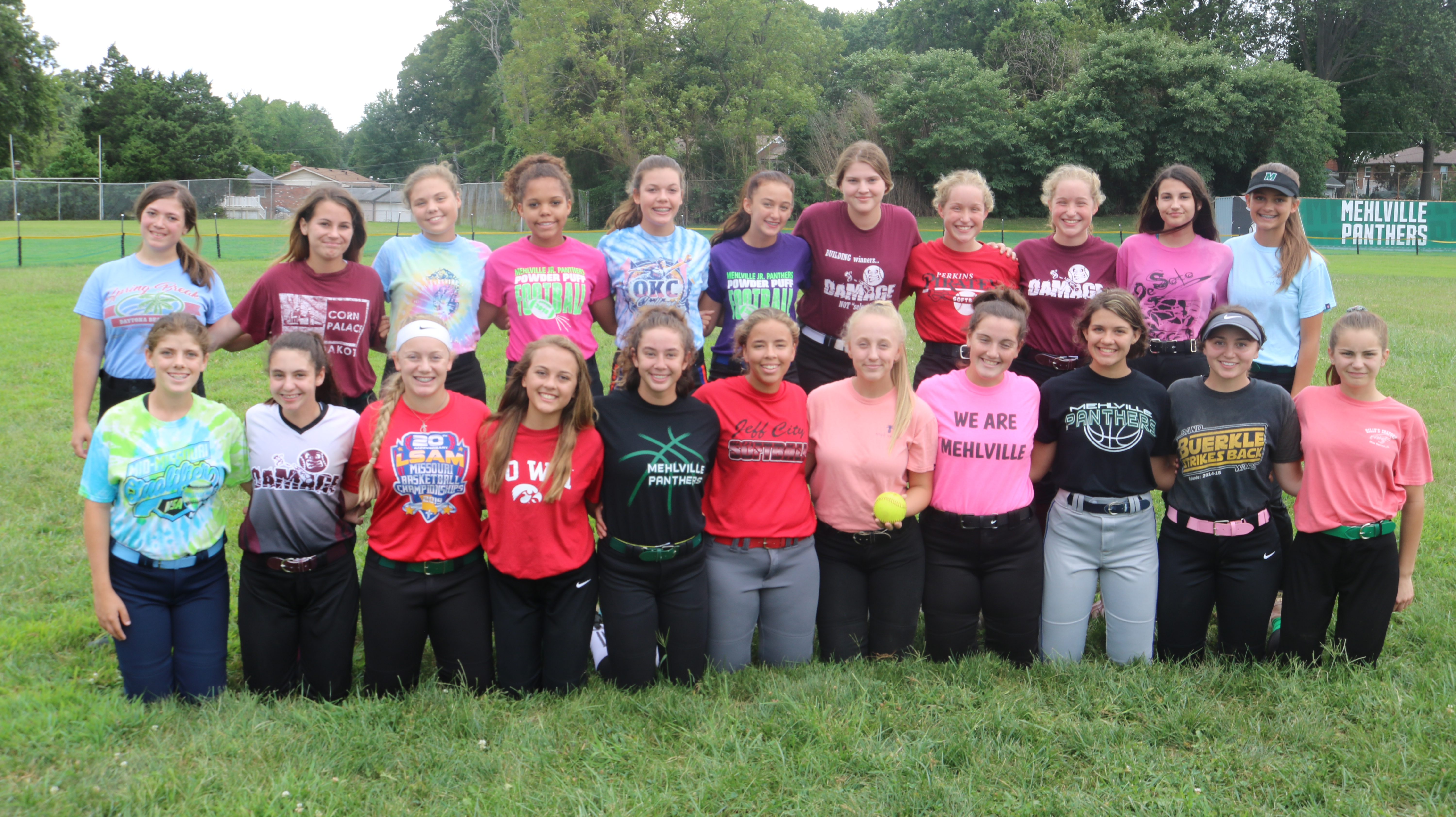 Pictured above: Mehlville High head coach Tim Ode is hoping for a turnaround this year after a losing season last year.

When you suffer one of the worst seasons in program history, there’s only one direction you can look toward — up.

Such is the case with the Mehlville girls softball team after suffering an 0-23 record during the 2018 campaign.

But the Panthers are hoping that last year’s setback is nothing less than a setup for success in 2019.

“We have a good core coming back,” Mehlville head coach Tim Ode said. “Our pitching is a concern because we really don’t have anyone that considers themselves a real pitcher, so we will probably be a bullpen by committee.”

The Panthers have four returning starters from last year’s squad, with third baseman Morgan Schmidt the senior leader of the team in 2019. During the 2018 season, Schmidt batted .300 with two walks.

“Morgan’s got the most experience and is our leader on the field,” Ode said. “She keeps the team grounded, and I think she’s swinging the bat better than ever and is pretty consistent with her approach.”

Playing to the left of Schmidt will be shortstop Jenna Benson. The junior infielder batted .353 last year with one RBI last season for Mehlville.

“Jenna’s started at shortstop since her freshman year and she’s our energy leader and a super competitor,” Ode said. “She plays hard from the first pitch to the last.”

Another junior that will factor heavily in the Panthers’ lineup this season is outfielder Lily Tremusini. Last year Tremusini struggled at the plate with a .167 batting average, but Ode believes that she’s starting to understand how to use her talent at the high-school level.

“Lily’s always had that raw athletic talent that you like to see in a player and now she’s figuring out how to use it,” Ode said. “She understands the pace of the varsity game much better now.”

Behind the plate for the 2019 season is sophomore Emilee Goebel. As a freshman she hit .278 with one RBI and three walks.

“Emilee battled in every inning for us last year,” Ode said. “She gained a lot of experience and knowledge behind the plate and she now knows what to expect.”

The Panthers head coach is also looking for seniors Hope Haller, Malia Thompson and Katie Glaser to give Mehlville a boost in the infield as well as the outfield.“

All three are super athletic players that can battle for any position on the team. They’re out there really working hard.”