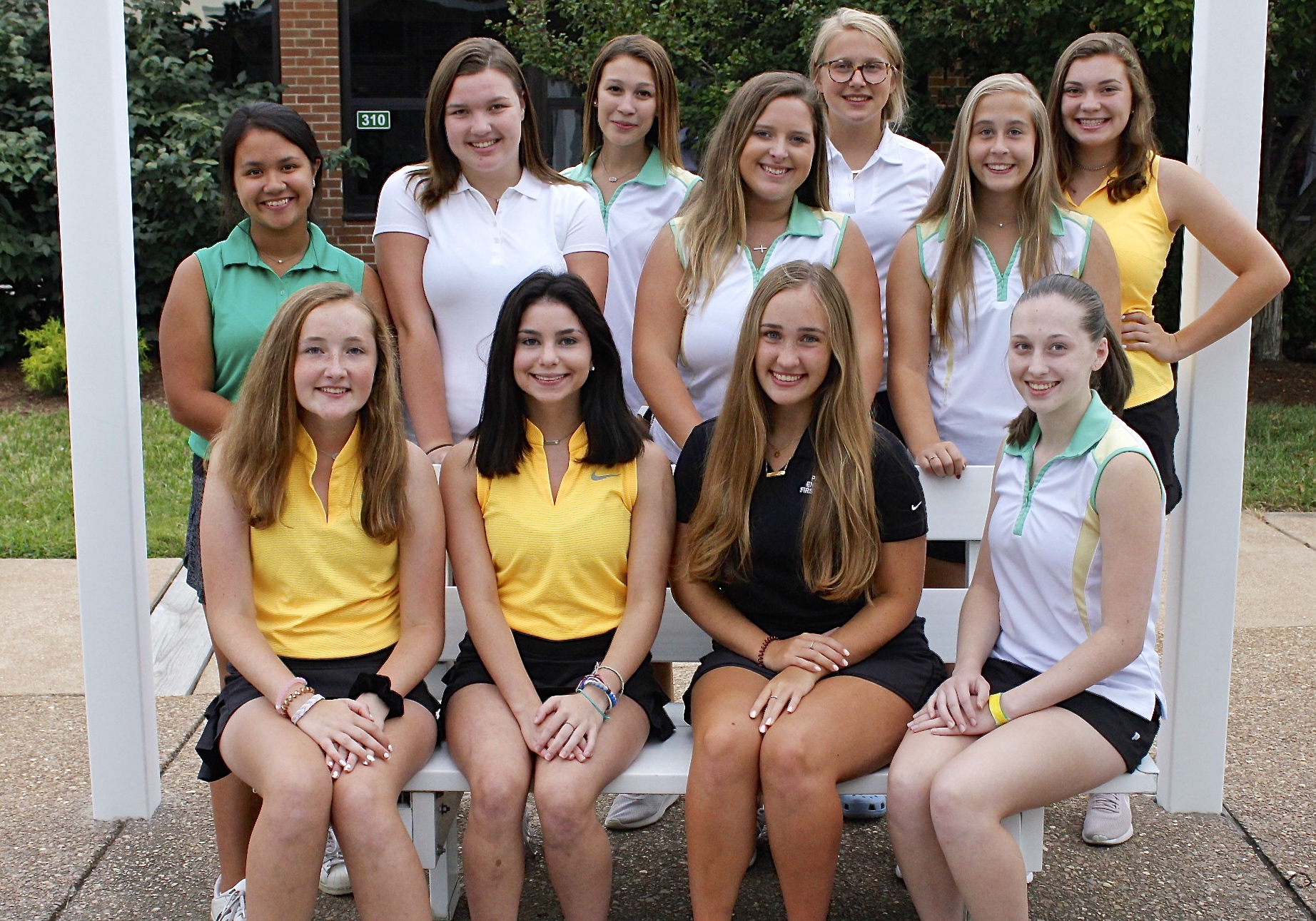 Pictured above: The Lindbergh girls golf team is driving for wins with the help of top player Sofia Gamayo, with a goal of qualifying for state, said coach Mike Tyler. Photo by Erin Achenbach.

The Lindbergh Flyers girls golf team is “in the hunt” this fall even after graduating six seniors.

“Our goal is to always qualify for state as a team, as well as being in the hunt for a conference and district championship,” Flyers head coach Mike Tyler said. “Right now we’re a little inconsistent, and we need to have everyone start to click at the same time.”

Junior Sofia Gamayo returns as Lindbergh’s top player on the links after taking 16th overall at the 2018 Missouri Class 2 state championships. Gamayo will serve as one of the Flyers’ co-captains.

“Sofia is a two-time state qualifier and is just a solid, all around player whose put-ting game is on fire right now,” Tyler said. “Her iron shot and approach shot has significantly improved, and she’s getting tons of looks on birdie putts.”

Senior Becca Treis will serve as Lindbergh’s other co-captain this season and looks to finish out her senior season on a high note.

“Becca works incredibly hard and has taken on the role of being our only senior and has really embraced that leadership role,” Tyler said. “We’re looking for big things from her this season.”

Junior Lydia Brinker is a golfer that Tyler believes will show significant improvement on the course this season after being recognized as the Flyers’ “most improved” player the last two years.

Another junior that will factor heavily into the Flyers lineup is Gigi Gassel.

“As soon as Gigi gets her timing down, she can hit the ball a mile because she’s so tall,” Tyler said. “Getting that timing down will make all the difference for her this season.”

Tyler is also optimistic about the contributions that freshman Catrina Conrow and Sidney O’Brien can make this season.

“They have tournament experience, so they know their way around the course,” Tyler said. “That means we can really work on refining their game as opposed to teaching the basics.”

The Flyers open up the season Wednesday, Sept. 4 against Mehlville at Fox Run.