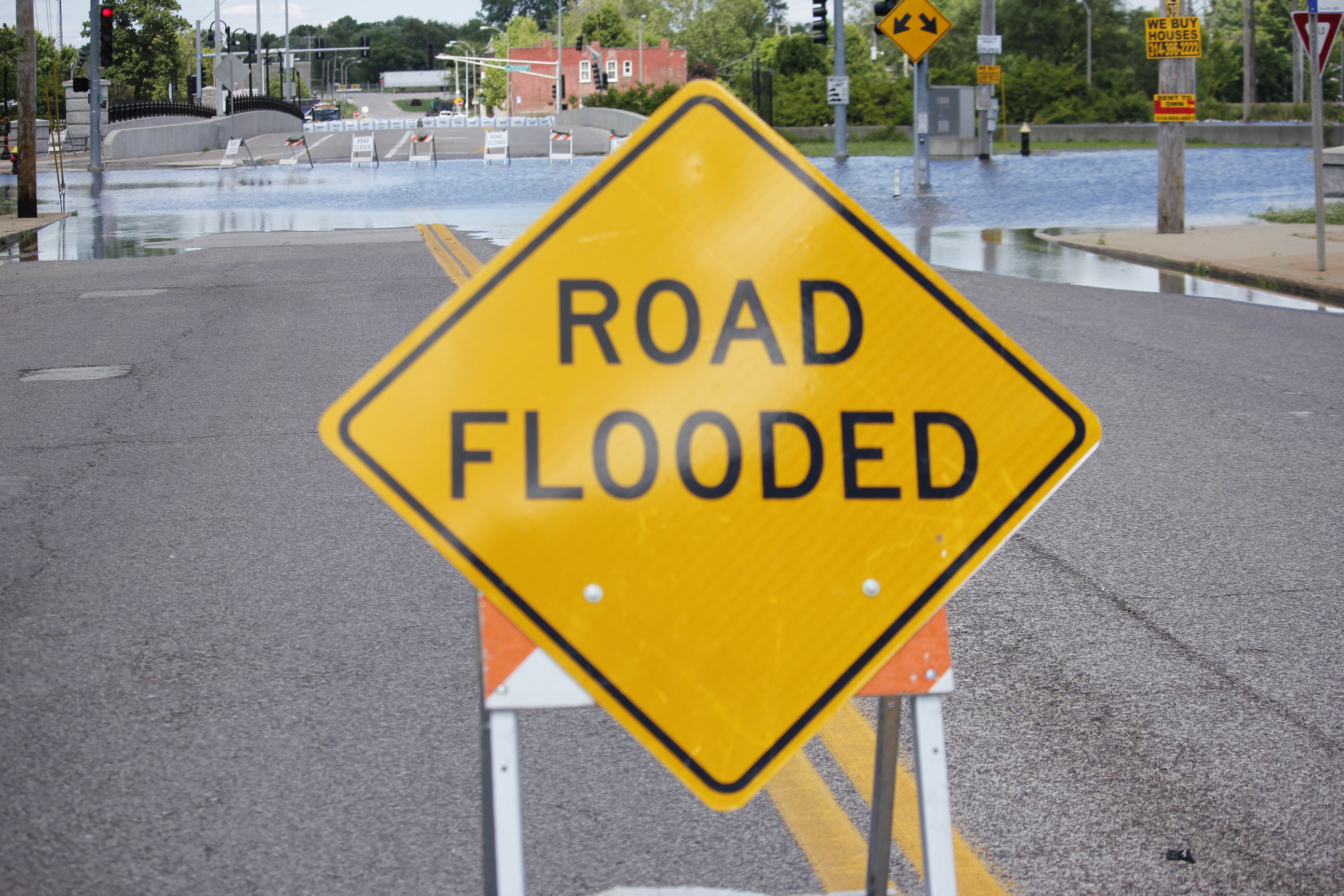 Pictured above: The intersection of River City Boulevard and Lemay Ferry Road is closed after being submerged by flood waters from the River des Peres Thursday, May 30. The Mississippi River, which backs up into the River des Peres, is expected to crest Saturday, June 8, at nearly 46 feet, about 4 feet lower than the record set in 1993. Photo by Erin Achenbach.

This is a breaking story and will be updated with new developments.

St. Louis County and state officials are closing roads across South County due to near-record flooding along the Mississippi River this week. Some of the closures have been happening on and off since March as river waters rose.

But the National Weather Service said Friday that the latest calculations show the Mississippi will crest in St. Louis Saturday at 45.8 feet, two days later than originally anticipated.

This year’s flood is expected to be the second-highest ever recorded for the Mississippi, trailing only the Great Flood of 1993.

Flood stage at Arnold is 24 feet. The Mississippi along Lemay has a flood stage of 30 feet.

The Missouri Department of Transportation, or MoDOT, closed the Interstate 55 South exit to River City Boulevard/Carondelet for flooding. The state also closed Route 267 from Adelia Avenue to Alabama Avenue.

This list will be updated as new roads are closed.

Baumgartner Road from Weber Quarry to Railroad Bridge No. 506.

Meramec Bottom Road from Kerth Road to Wells Road and from Hagemann to Tesson Ferry Road.

West Watson Road is closed at the ball fields through Andre’s and south of Gary Player Drive and the hump bridge. A detour is set up at Weber Hill.