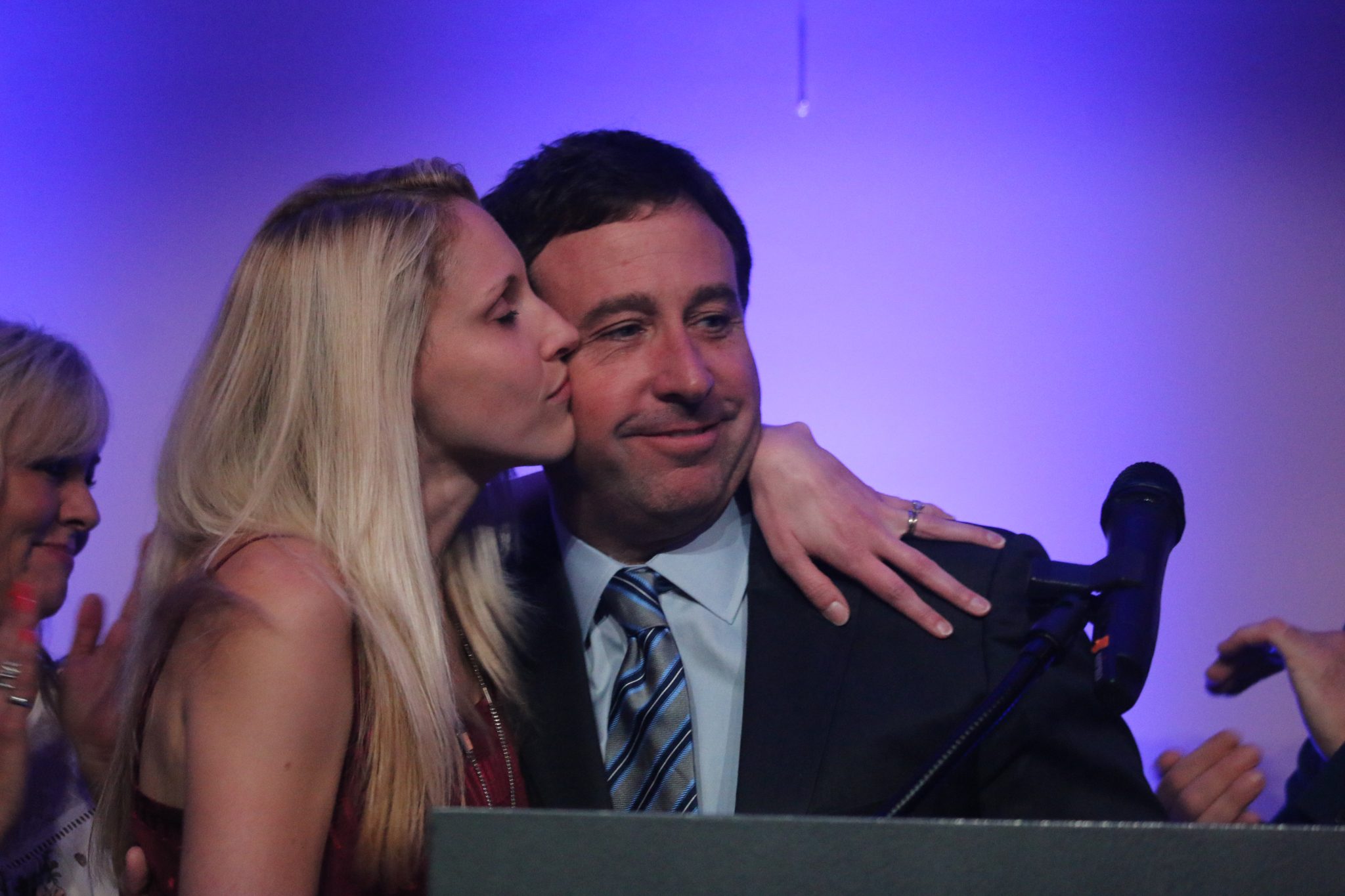 Voters in south county and across the state overwhelmingly voted against Missouri becoming the next “right-to-work” state with the defeat of Proposition A.

Stenger narrowly defeated Mantovani, although Mantovani said he was declining to concede with the prospect of a recount.

In a victory that could be compared to David winning against Goliath, Ferguson City Councilman Wesley Bell soundly defeated longtime Prosecuting Attorney Robert McCulloch, backed by a grassroots campaign and support from nationwide groups like the ACLU.

Two-term incumbent Pat Dolan, D-Richmond Heights, lost to newcomer Lisa Clancy of Maplewood. Clancy took 57.76 percent of the vote to Dolan’s 35.97 percent, 17,978 votes to 11,196. Third contender Michael Burton’s name still appeared on the ballot despite him dropping out of the race last week. He earned 6.26 percent of the vote, or 1,949 votes.

Stenger and Ladue businessman Mark Mantovani sparred over a number of issues during the campaign, including Stenger’s relationship with the County Council. 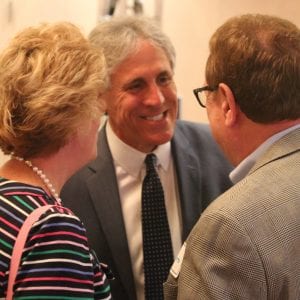 Mark Mantovani talks with Amy Stuber of Creve Coeur and John Snodgrass of Richmond Heights at his watch party Tuesday after absentee results came in. Photo by Jessica Belle Kramer.

“We’re in for a long night, but it’s going to be a pretty fun party later on,” Schoemehl told the crowd.

Mantovani made several speeches at his watch party, but never conceded. He said he wrote two speeches depending on a defeat or a victory, but not a third option for a neck-and-neck race.

“We’re kind of hanging on here by our fingernails,” Mantovani said. “But practically speaking, it doesn’t feel like the kind of thing you should concede.”

Across town at Stenger’s watch party at the LiUNA Event Center in Sunset Hills, Stenger didn’t emerge for five hours as the race remained close throughout the night and vote totals came in later than usual.

But when he did, he joked, “Another landslide,” referring to his narrow general-election victory in 2014 over Republican Rick Stream.

“This was a long hard fought campaign, but today’s victory shows that voters believe we’re moving St. Louis County in the right direction,” Stenger said. “We have brought real and positive change to St. Louis County over the last three-and-a half years.”

But Stenger said that he is not worried about a possible recount. In a recount after the race with Stream, Stenger gained votes.

Mantovani had a former city mayor on hand at his party, but Stenger’s party counted current St. Louis Mayor Lyda Krewson among his supporters.

“I want to acknowledge Mark Mantovani for running a hard, aggressive campaign, and as you heard him just moments ago, he fought to the very end,” Stenger said in his victory speech.

He also promised to work with the County Council, acknowledging that his relationship with council members in the last few months has been “confrontational and sometimes downright hostile.” But the things he said he’d gotten done in St. Louis County, like an opioid prescription-drug monitoring program that spread to the rest of the state, Proposition P for more police officers and shoring up the county pension system, could not have been done without the council’s support, he noted.

He declined to talk about the defeats of his close allies McCulloch and Dolan, saying he would need a few days to process. But he pledged to work with Bell in his new office.

And he’s definitely taking the day off tomorrow, he said.

Voters considered Proposition 2 and Proposition 3, amendments to the county Charter. A judge yanked Proposition 4, the campaign-finance Charter amendment, off the ballot. It still appeared, but votes weren’t counted.

Proposition 2, which would allow the County Council to hire its own attorney to counter the county counselor appointed by the county executive, passed by 11 votes, 50 percent to 50 percent, 124,685 votes to 124,674 votes.

Proposition 3 changes the definition of “employment” to match Missouri and IRS statutes and remove the Charter clause banning public employment of County Council members that could include independent contract work.

Murphy easily won the race to succeed the late Rep. Cloria Brown with 70 percent of the vote to Ron Rammaha’s 30 percent, 1,742 votes to 746 votes.