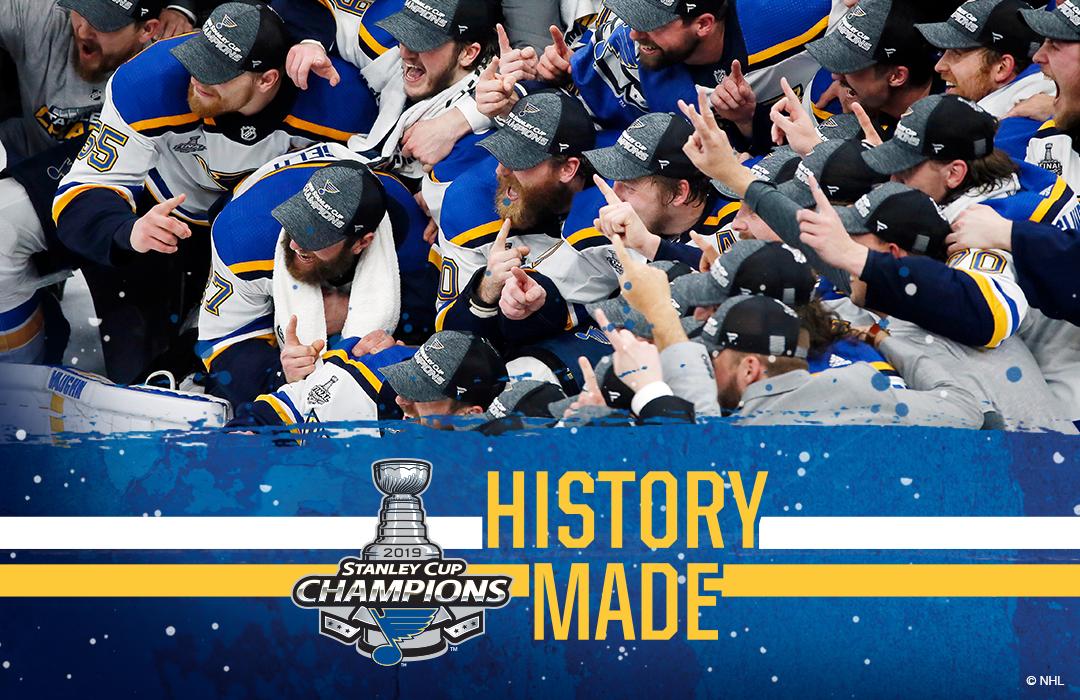 The St. Louis Blues weren’t in St. Louis when they won the Stanley Cup Wednesday night, but the team will get the chance to celebrate in its hometown with a victory parade for the ages Saturday.

The parade will take place at noon Saturday, June 15, the Blues posted on Twitter.

It will kick off at 18th and Market streets and end at Broadway and Market Street.

A rally will follow under the Gateway Arch to celebrate the team’s 4-1 win over the Boston Bruins. The team made history in all of professional sports by going from last place around New Year’s to first in June.

The Oakville High School Marching Tiger Band will perform in the parade to honor hometown hero Pat Maroon, who graduated from the school in 2007 and took less money to play for the Blues this year to be close to his son Anthony. The band is just returning from a trip to Normandy, France, to perform at the festivities for the 75th anniversary of D-Day, but before they left, they learned a rendition of “Gloria.”

Metro is encouraging parade-goers to take MetroLink to the festivities. Nearby stations to the start of the parade are Union Station and Civic Center, and the nearest stations to get to the rally at the Arch include 8th & Pine and Laclede’s Landing.

The Missouri History Museum is going to livestream the parade, which it says will be a more family friendly environment for those with young children who may not otherwise be able to actually experience the parade itself in what the museum is calling a “Blues Making History Celebration.” The event will feature face painting, balloons and children’s activities.

The museum also promises to open an exhibit on the Blues’ history-making season and is accepting mementoes that fans may have from this season. Fans with photos, tickets or other items they feel are worthy of preservation in the collection can email BluesArtifacts@mohistory.org to talk to a curator or archivist.

Scattered rain is expected Saturday morning and late afternoon, but the noon parade time may provide an opportunity for clear skies for a celebration more than 50 years in the making.

But even if the rain doesn’t stay away, Blues fans may be undeterred. Thousands of fans watching the game Wednesday night at Busch Stadium were caught in rain showers and still kept cheering for their team, umbrellas and all.

And rain or shine, we think we know what song they’ll be dancing down Market Street to.