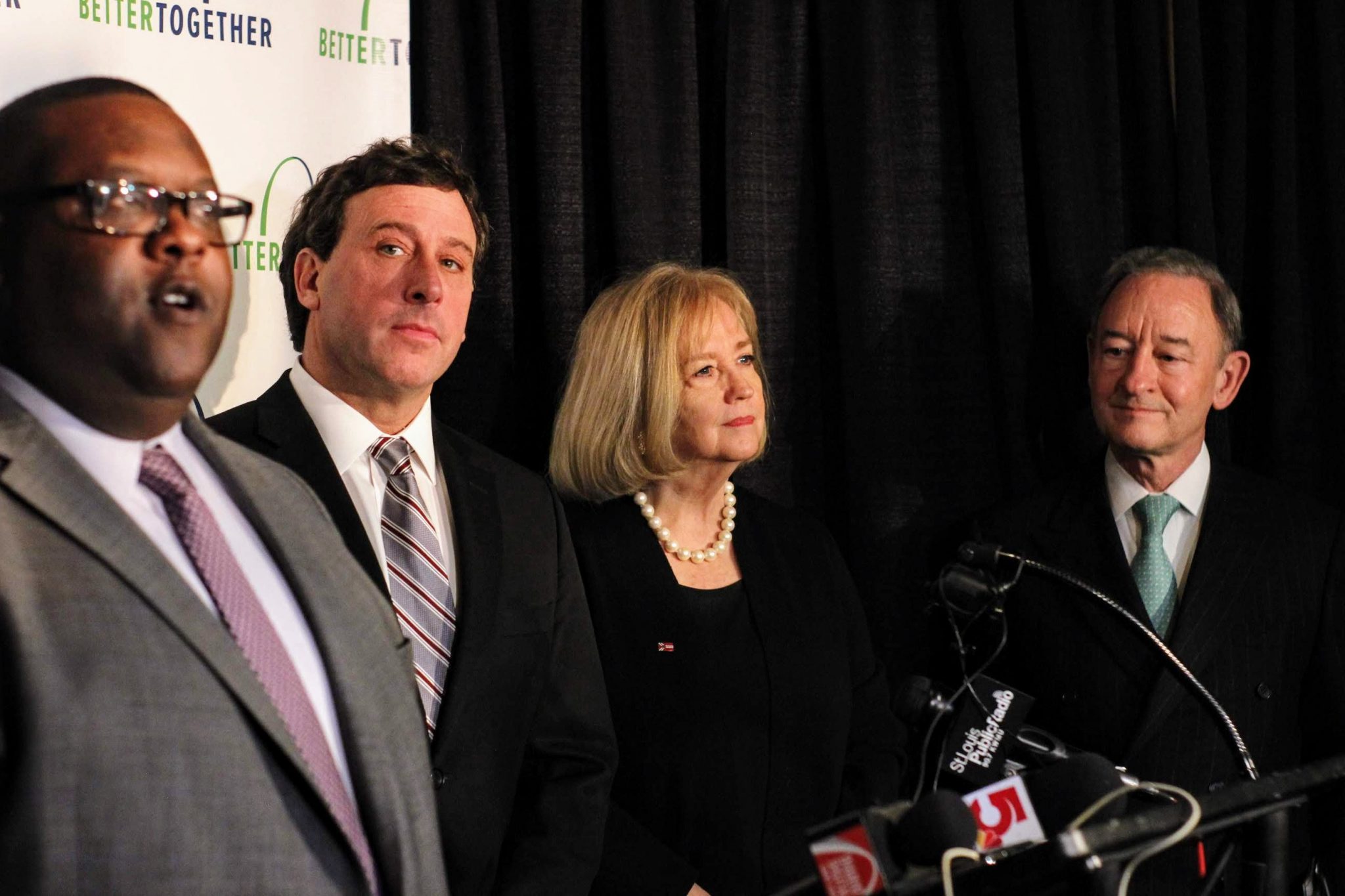 Above, some of the chief backers of the Better Together movement for one St. Louis and a city-county merger talk about the plan at its rollout Monday at the Cheshire Inn, including, from left to right, Better Together Deputy Director of Community-Based Studies Marius Johnson-Malone, St. Louis County Executive Steve Stenger, St. Louis Mayor Lyda Krewson and Washington University Chancellor Mark Wrighton, who will lead the campaign for a 2020 statewide vote on the merger. Photo by Erin Achenbach.