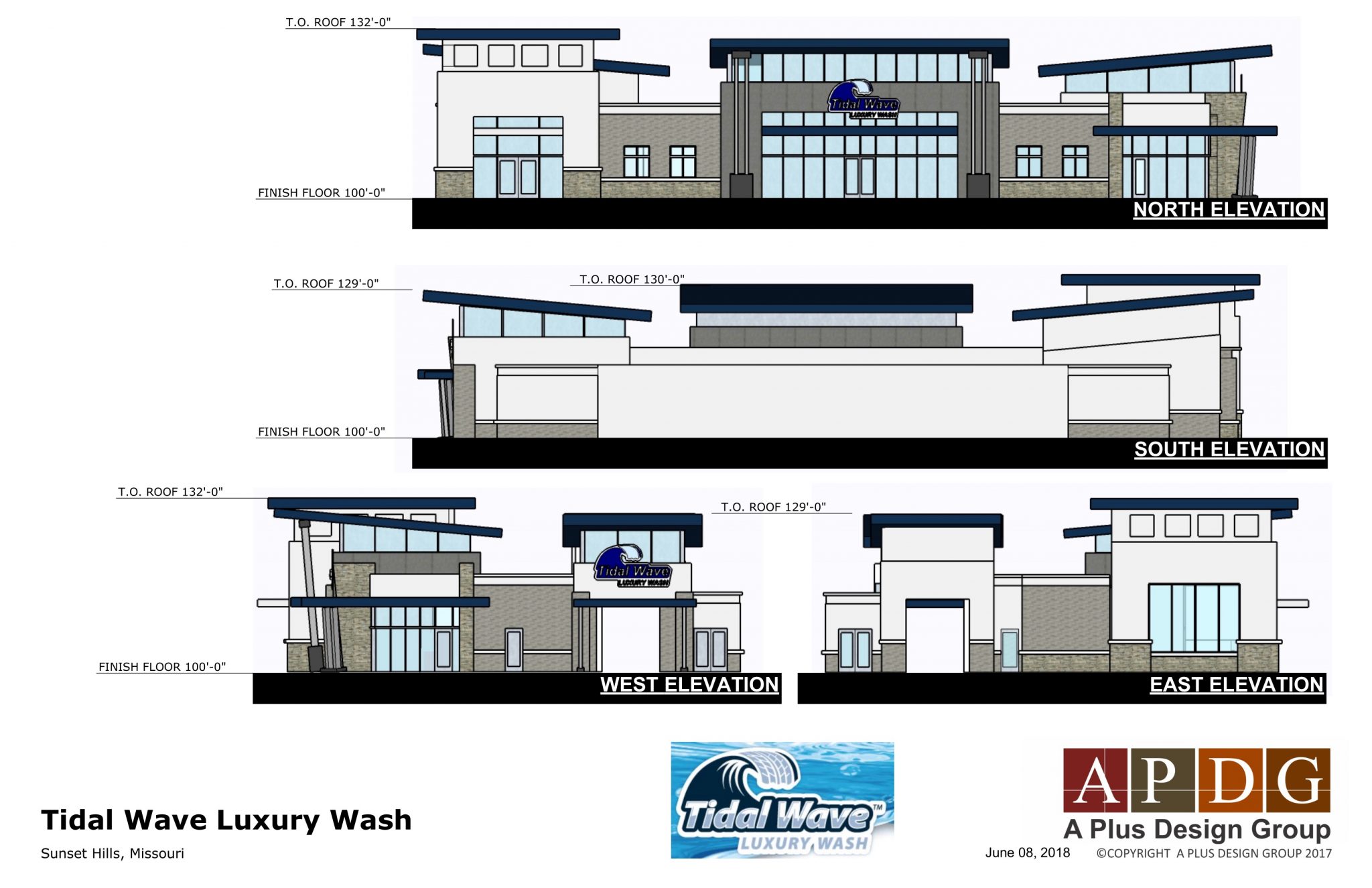 Pictured above: A rendering of the proposed Tidal Wave development at East Watson Road and Lindbergh Boulevard. Rendering courtesy of A Plus Design Group.

Debate over making right turns from the future location of the Tidal Wave gas station onto East Watson Road led to an ordinance being purposely failed by the Sunset Hills Board of Aldermen last week.

The Tidal Wave will be built at the former site of the demolished Econo Lodge.

Board President Mark Colombo said that he would like to see the city wait to pass any kind of ordinance preventing turns from Tidal Wave onto East Watson Road until the business is open and operating.

“I would like to see if we would hold off on that bill until the project is complete to see if there’s a problem in particular,” said Colombo. “I think this may cause unintended consequences… You’re pushing cars onto Lindbergh where there’s the potential for an accident or congestion.”

Colombo also cited concerns that once a “no-turn” sign is erected, the process to have it removed can be lengthy.

Ward 2 Alderman Casey Wong argued that a no-right-turn out of the Tidal Wave property on to East Watson Road was necessary to keep commercial traffic from the mainly residential street.

“Yes, we want to divert it onto Lindbergh so they’re not spinning onto East Watson and using it as a cut-through,” said Wong.

City Administrator Eric Sterman pointed out that the no-turn signs were not stipulations to each properties’ development plans and that signs could be put up at the pleasure of the aldermen, or not.

After consulting with City Attorney Robert E. Jones, the board decided to go back and do a second reading of the proposed ordinance, with the understanding that they would fail the bill so Jones could write it as two separate ordinances: one for no right turn from Tidal Wave onto East Watson and one for no left turn onto Sappington Barracks from Grimco.