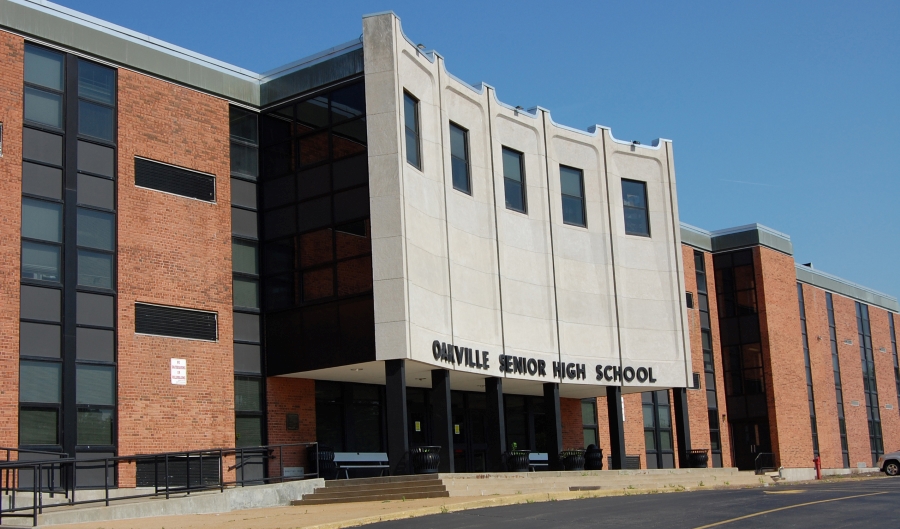 The Mehlville School District says students are safe in school today after two separate threats at Oakville schools were found to be unsubstantiated.

The threats involved both Oakville High School and Oakville Middle School, but were unrelated to each other. Since the two principals sent out emails about the incidents the same day — including many to parents with children at both schools — some parents receiving the emails Thursday believed the incidents were the same or related even though they were entirely separate incidents.

“The rumors kept blossoming throughout the day and even last night,” Mehlville Communications Director Jessica Pupillo said Friday. “The rumors are pretty wild. I was at Oakville High School this morning taking pictures in an English class… It’s calm, kids are in school. It’s safe to be at school today.”

A student at Oakville High School scrawled what appeared to be a threat on a desk Thursday, writing, “Don’t come to school on Jan. 25.”

Another student found the note and sent it out on Snapchat, a social media app, for fellow students to see.

OHS officials figured out who wrote the desk graffiti and that there was no actual threat to student safety, sending an email to parents later that day. At the time of publication, Pupillo was not sure if the St. Louis County Police Department was involved in that investigation.

“We have investigated the incident, and it is not a credible threat to student safety,” Oakville High School Principal Jan Kellerman said. “Please know that we take all rumors and threats involving school safety seriously.”

In a separate incident at Oakville Middle School, a student reported hearing a threat that could have been made as far back as last week that another student would bring a gun to school.

Principal Mike Salsman, Assistant Principal Patrick Bellinger and School Resource Officer Sam Lang, a county police officer, investigated the OMS threat and determined that it was not a threat to student safety.

Although the threat was to bring a gun to school on a previous day, rumors of a student bringing a gun to school persisted all week, prompting Salsman to send an email to parents Thursday noting that there was no threat to student safety.

“It’s a rumor that we can’t seem to reassure students and parents about, so we sent the letter yesterday,” Pupillo said. “And obviously any time we think there is a situation that could threaten the safety of our students and staff, we take all of those seriously.”

Salsman wrote in his email to parents, “We have found the rumors to be just that: rumors. There is no credible threat to student safety at Oakville Middle School.”

Both Kellerman and Salsman asked parents to ask their student to bring any threats to an adult at school immediately.

The incidents this week are the latest in a series of threats made on social media in the last few years in Mehlville, starting with a student who was arrested in 2016 for threatening to “shoot up” the school.

Parents on social media posted that the female student who Snapchatted the note was suspended for violating the school’s social-media policy.

But Pupillo said she was unable to comment on any matters related to student discipline and the incident.

Board of Education member Peggy Hassler, whose daughter attends Oakville High, posted on Facebook, “The problem is once it went to Snapchat kids were spreading the threat as a ‘rumor.’ For instance, it came to me from my daughter as ‘there’s a rumor that someone’s going to shoot up our school if you want to let someone know. I’m sure it is fake but…….’ I immediately called the school office and spoke to Mr. (Assistant Principal Brian) Brennan (and) he assured me they were aware of the incident, had figured out what kids did what offense and were currently taking care of the problem.”

As far as any suspension, Hassler wrote, “We never like hearing that any of our kids get suspended, but if we consistently brush things under the rug and don’t give them consequences can you imagine how quickly our schools would spiral out of control?“

She later added, “Just because the public doesn’t know every last detail of every disciplinary action taken at their schools does not mean it was not handled properly.”