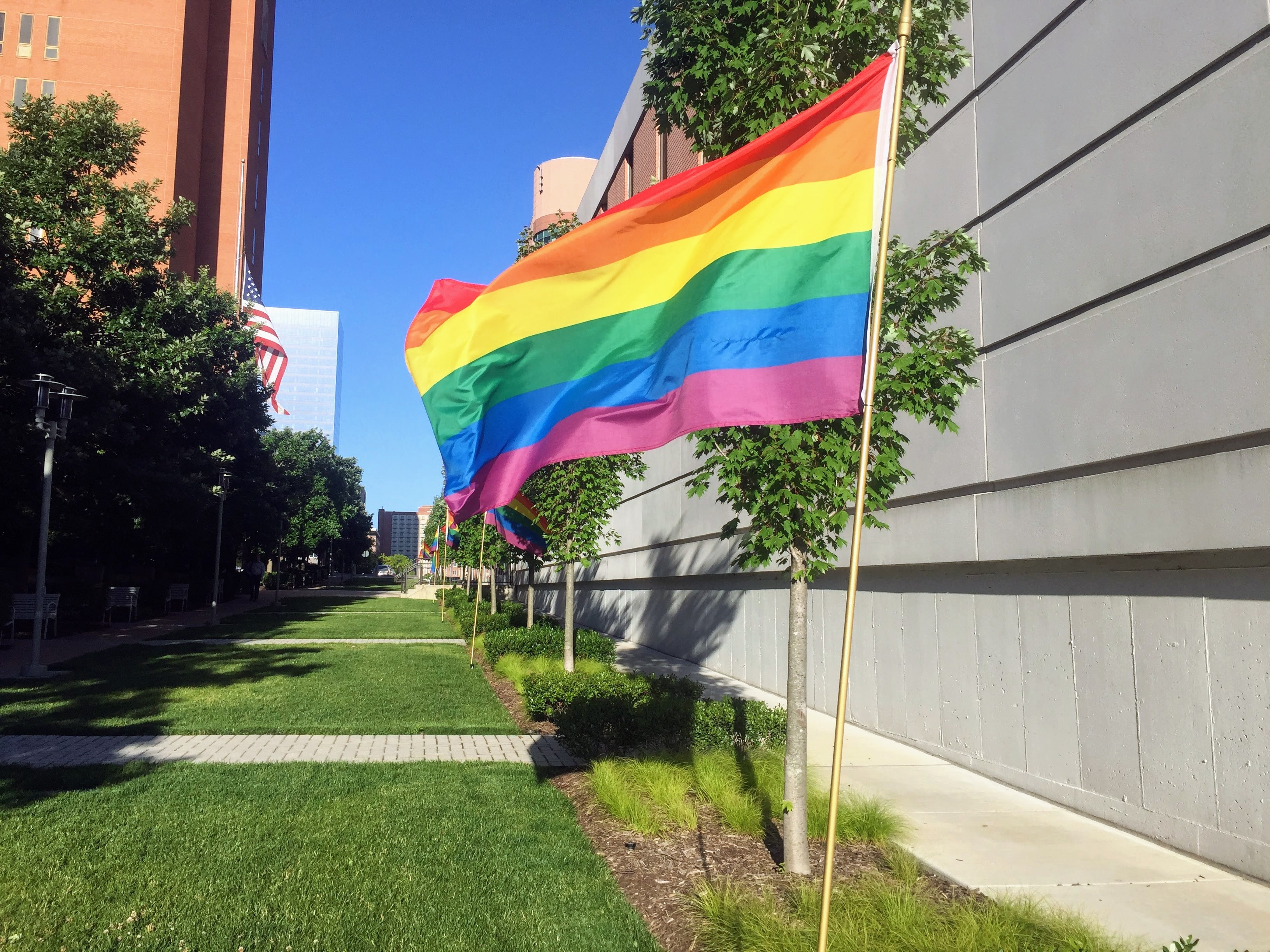 Pictured above: Rainbow flags lined the walkway between the county Government Center in Clayton and the courthouse in June. Photo by Gloria Lloyd.

St. Louis County emphasized gay pride much more than it ever has before for Pride Month in June, lining the Government Center with rainbow flags and temporarily turning the county logo into a rainbow.

But new County Executive Sam Page made a conscious decision when he came into office to celebrate the occasion in a noticeably more public way.

St. Louis County used this rainbow logo instead of its usual logo during the month of June.

“You’re noticing it because it is intentional,”  county Communications Director Doug Moore said. “It’s something that certainly counties of our size have been doing across the country for years, and for whatever reason St. Louis County is really not making much of an effort. He wants to do more next year.”

Page rode in the Pride parade June 30 in downtown St. Louis in his own convertible with his wife, Jennifer. That was something that former County Executive Steve Stenger always did too, although he typically rode alongside former 5th District County Councilman Pat Dolan, D-Richmond Heights. Page and Stenger are also Democrats.

“We hear you. We see you. We support you,” Page said at PrideFest.

But Page took his support several steps beyond anything the county had done before for Pride, spurred at the last minute in part by his Chief of Staff Winston Calvert, who used to serve as the St. Louis city counselor. The city of St. Louis visually commemorates Pride in ways that the county never has, including lighting up the courthouse with rainbow colors. 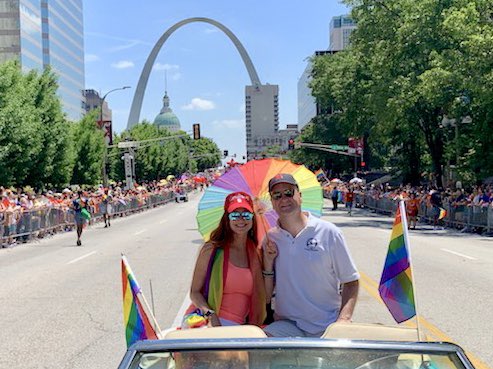 “They’re flying their pride flag and a transgender flag and they have just been a lot more out there, they do all sorts of things through the month of June,” said Moore, who Page brought into county government in April before he took office as county executive. “Winston and I were talking about it and Sam was there, and he said we need to do something in the county, it’s ridiculous that we’ve never flown flags here.”

Page contacted the county Parks Department, which said it “doesn’t cost very much” to make up some rainbow flags. Employees set the flags up themselves.

The flags lined the walkway by the Government Center in Clayton for weeks, until they were replaced by American flags for the 4th of July.

“His thing about equity and inclusion, he’s very passionate about it,” Moore said of Page. “I’m finding him to be much more… concerned about are we being fair? Are we representing everybody? Is this a best practice for government? That’s how he’s been approaching everything.”

The more visually striking support for LGBTQ pride was also inspired by the branding efforts of the Office of Strategy and Innovation, which was started by Stenger and is working on a strategic plan for the county.

“That department is really into doing these kinds of outward symbols that show hey, we care about everyone in the county, both the ones who work here and the ones who live here as well,” Moore said. 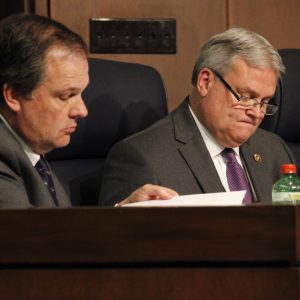 Fitch attended the parade, posing for a photo with Page and posting it to Twitter.

Harder said his opposition to the resolution stems from the initial decision by Pride St. Louis that in memory of the victims at Stonewall, officers from the St. Louis Metropolitan Police Department would not be allowed to walk in the parade.

The organization reversed that decision weeks later, on June 18, a move that was applauded by Mayor Lyda Krewson. She said banning the police was too exclusionary and not “in the spirit of our City.”

But the reversal was not without its own detractors: The Metro Trans Umbrella Group pulled out of its role as the parade’s grand marshal after the parade once again allowed uniformed police officers to march.

Historically, some in the LGBT community have been hesitant about allowing uniformed police officers in pride parades because of police actions that led to the Stonewall uprising in the first place.

But Harder said the decision to ban police in the first place was uncalled for.

Since Harder took office in 2015, he has never attended the meeting where the Pride Month resolution vote took place.

He said that came from the same opposition to police not walking in the parade.

And he felt like the olive branch should have been extended to the police, especially this year. 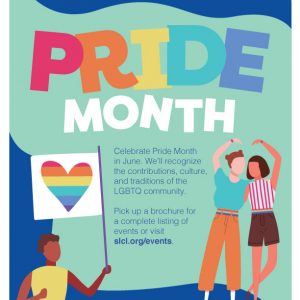 The St. Louis County Library passed out these brochures at its library branches as a special promotion for all its many Pride-themed events during June.

Until this year, the Pride resolution had traditionally been sponsored by Dolan. This year, it was co-sponsored by Clancy and Fitch.

For the 2018 resolution approved June 19, 2018, both Harder and then-3rd District Councilwoman Colleen Wasinger, R-Huntleigh, were absent. It passed 5-0.

On June 20, 2017, Dolan’s resolution “extending appreciation to Pride St. Louis, Inc. for its service to the community throughout the year, as well as best wishes” for a successful parade, passed 6-0. Harder was at the meeting but left just before the Pride vote.

The St. Louis County Library is separate from county government, but it also coordinated the celebration of Pride Month more this year throughout its dozens of branches.

“Celebrate Pride Month in June,” the library said in an email sent to its email list. “We’ll recognize the contributions, culture and traditions of the LGBTQ community.”

The library even printed a special brochure advertising its many Pride-themed events, ranging from creating “pride bling” at the Cliff Cave Branch in Oakville to a “Post Your Pride Affirmation Wall” and dance party at Grant’s View Library to an “Asexuality 101” event at the Oak Bend Branch. The headquarters hosted a “Love is Love” dance party.