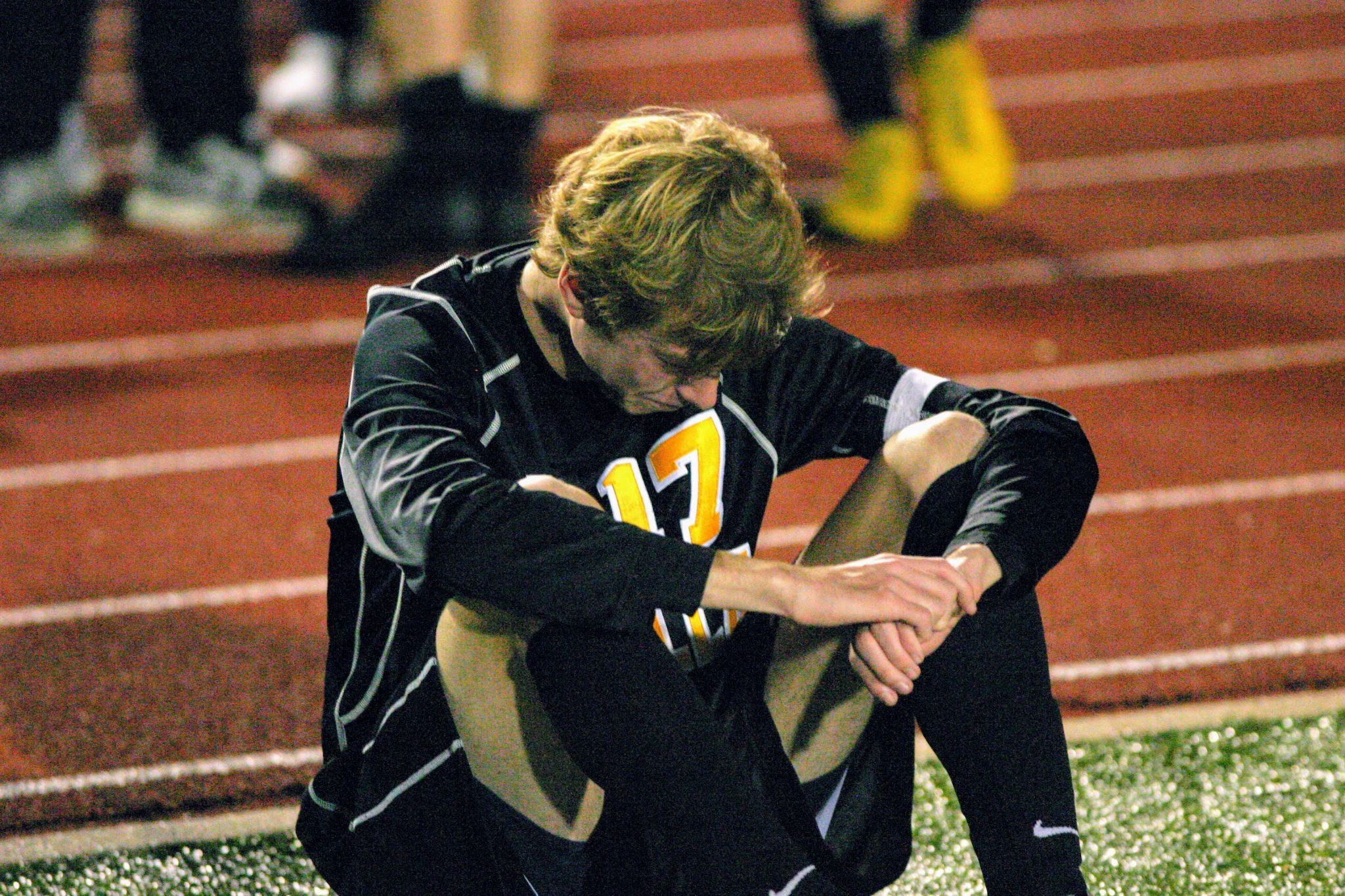 Pictured above: Oakville’s Jacob Bilyeu sits in frustration after the Tigers’ 2-0 loss at home to Marquette Nov. 6. Photo by Stephen Glover.

The dreams of a state championship came to an end last week for the Oakville Tigers district champion boys’ soccer team as it suffered a 2-0 loss at home to Marquette in the sectional championship Nov. 6.

Going into the sectional, Oakville (12-14) had won four of its last five games, including a 3-0 shutout of St. Louis University High to win the Missouri Class 4 District 4 championship. The Tigers’ district championship was their first under second-year head coach Jordan Klipsch, who succeeded longtime coach Dave Robben last year.

“This was one of the best games that we have played this season, because earlier in the season they beat us 6-1,” Klipsch said. “They (Marquette) are a very good team, and to come out against them and hold them to two goals, it was outstanding work by the boys. Today unfortunately wasn’t our night.”

The win for Marquette (20-3) marked the seventh straight win for the Mustangs, who ended their own season in the state quarterfinal Nov. 10 against DeSmet.

“It was a really tight game, and I thought that they (Oakville) kept us in check,” Marquette head coach Chris Kenny said. “We got a couple of good bounces and we finished them.”

Both squads battled to a 0-0 draw after one half of play. But at the 60-minute mark, Marquette’s Trent Dolson gave the Mustangs their game-winning goal and followed up that goal with his second of the game just two minutes later to bring the score to 2-0.

“Trent’s incredibly quick and explosive, and that was one of those few times that he did get free,” Kenny said. “On the second goal, we went out wide and played the cross and he put it in.”

The Tigers will graduate 13 seniors from this year’s squad, which means that Klipsch will start with a young squad for the 2019 season.

“This whole season has been a work in progress,” Klipsch said. “Thankfully the end of the season we began turning it on and started clicking, and everything was going right for us.”