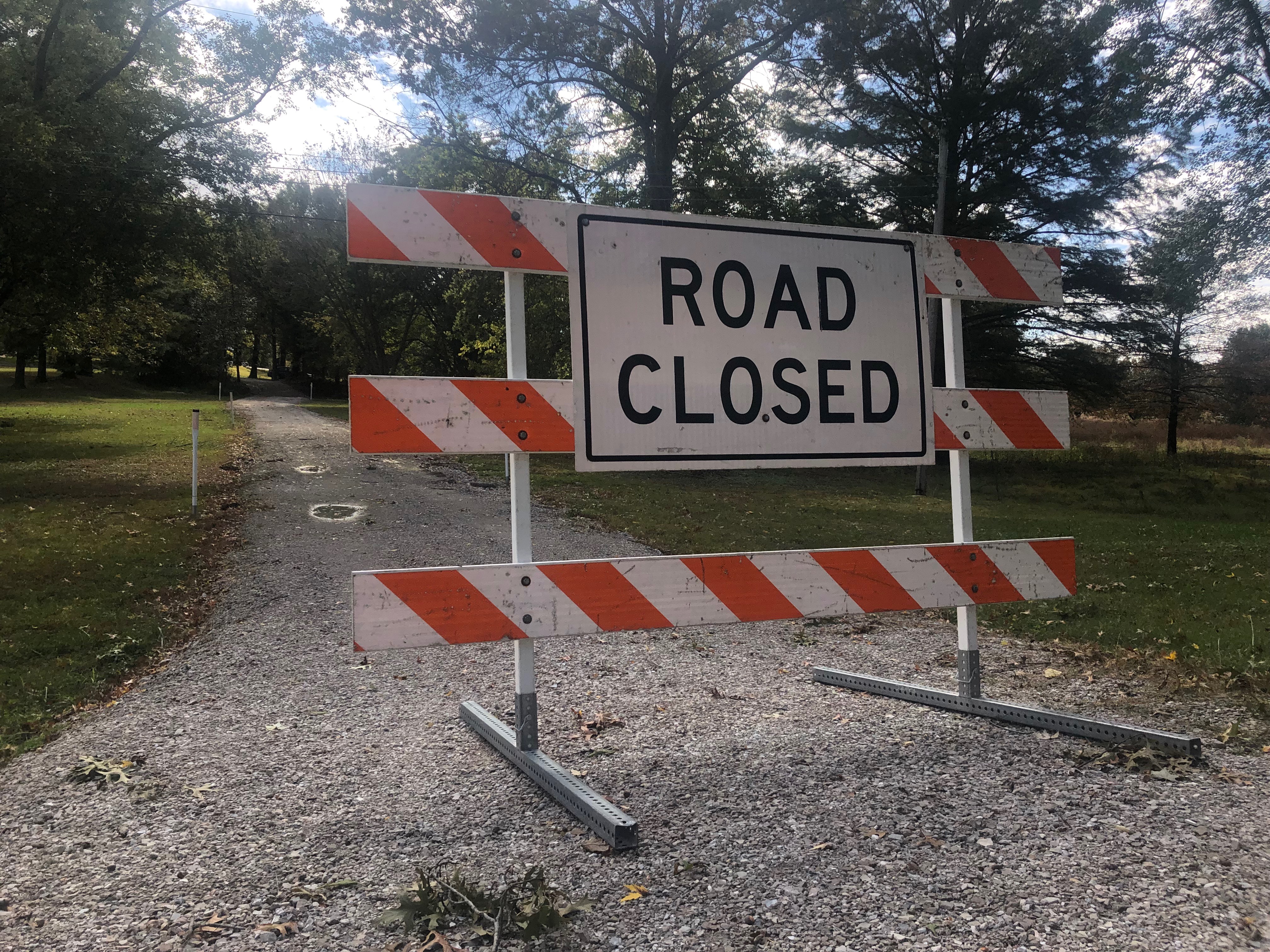 A showdown between Andre’s owner John Armengol Jr. and Sunset Hills city officials continues after the Board of Aldermen decided for now not to force him to remove a temporary road.

Andre’s Banquet and Catering operated a location out of Sunset Hills Golf Course for several years before owner Steven Bander donated the 122-acre golf course to the city last fall. At that time, Armengol purchased the former clubhouse and parking lot, and business continued as usual.

But when heavy flooding last spring left the main entrance road to the Andre’s facility underwater, Armengol built a temporary road to allow wedding receptions to go on. Neighbors agreed, with the promise that the road would be removed after the water receded, which it did in June.

And at the Oct. 8 Board of Aldermen meeting, aldermen declined to have City Attorney Robert E. Jones enforce an order that would require the temporary road be removed.

Mayor Pat Fribis made an executive decision to allow Armengol to install the makeshift road on city property while the former golf course was underwater, with the understanding that it would be removed once flooding conditions improved.

Six wedding receptions were scheduled for the banquet space, and Armengol could not move them to any of Andre’s other three in-house locations in Oakville, Fenton or Eureka since those locations were already booked.

However, once the waters receded, the road remained. At the Aug. 13 Board of Aldermen meeting, Armengol made his case to the board during public comment, requesting that he be allowed to keep the road intact only for use during flooding or for emergency vehicles. He gave the aldermen a letter from the Fenton Fire Protection District that supports maintaining the road in case of emergencies. 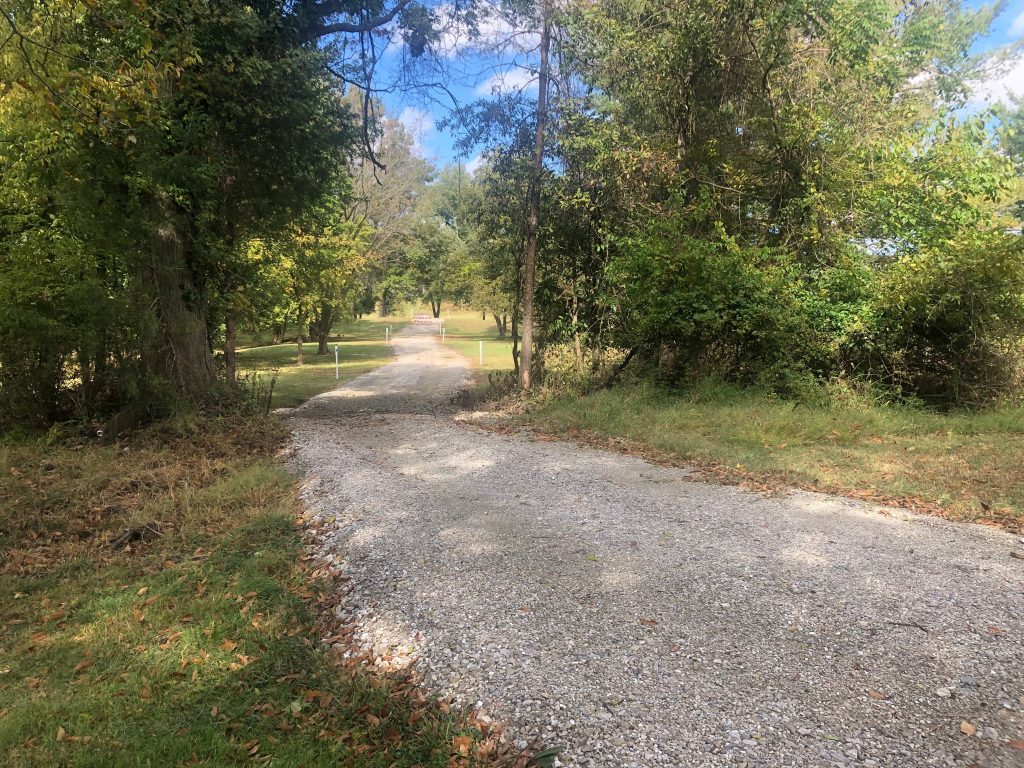 “Andre’s would like to propose a long-term lease, if possible, of this property and the temporary use of the road, with the knowledge of this road being used only, and I mean only, in flooding situations. Andre’s hopes to never use this road again, but that thought process would be foolish,” said Armengol. “This road property is in the flood plain and would be near impossible for the city to develop for future use or revenue.”

The matter was shelved until the next Board of Aldermen meeting Sept. 10, when Armengol once again implored the board during public comment to let him keep the road, telling officials he was willing to maintain the road and lease the land from the city.

“I feel that the piece of property is a zero-revenue generator for the city, and I’m here… to have this as a backup plan in case the main entrance floods, which is your main entrance as well… Just to be clear, this would only be used in emergencies only,” said Armengol, who presented the board with a mock draft lease agreement for him to lease the land from the city for $1,000 a year. “If that main entrance doesn’t flood, I’m still gonna pay the amount every year, and you guys will have revenue from a piece of property that I think we can all agree is a tough piece to do that on.”

Armengol left the meeting before the matter was taken up by the aldermen.

City Administrator Eric Sterman told the board that the land was purchased by the Federal Emergency Management Agency and turned over to the city two years ago, with a number of stipulations. The city can’t sell the land, or develop it. A city ordinance also doesn’t allow temporary, unpaved roads.

The aldermen once again pushed the issue down the road, giving Armengol an additional 30 days to figure out what to do. Ward 1 Alderman Ann McMunn, whose constituency includes the road’s neighbors, was the only alderman to disagree with the motion for the extension.

“I think it should be removed,” said McMunn.

Armengol appeared before the board for a third time at the Oct. 8 meeting. Prior to Armengol speaking, Robert Menzel, whose property neighbors the temporary road, told the board that it needed to be removed.

“John (Armengol) came to us and said that if we allowed him to put this temporary road in, it would be removed when the waters receded. It never got removed. My wife and I had seen the impact of the flood on his business and thought, ‘Oh yeah, let’s do it. He’s gonna remove it afterwards.’ He didn’t remove it. It’s just sitting there,” said Menzel. “It’s started to cause a bog, a backup, because of all these materials that are in here. It’s just going to get worse. The ground is starting to sink and fill up with nasty water.” 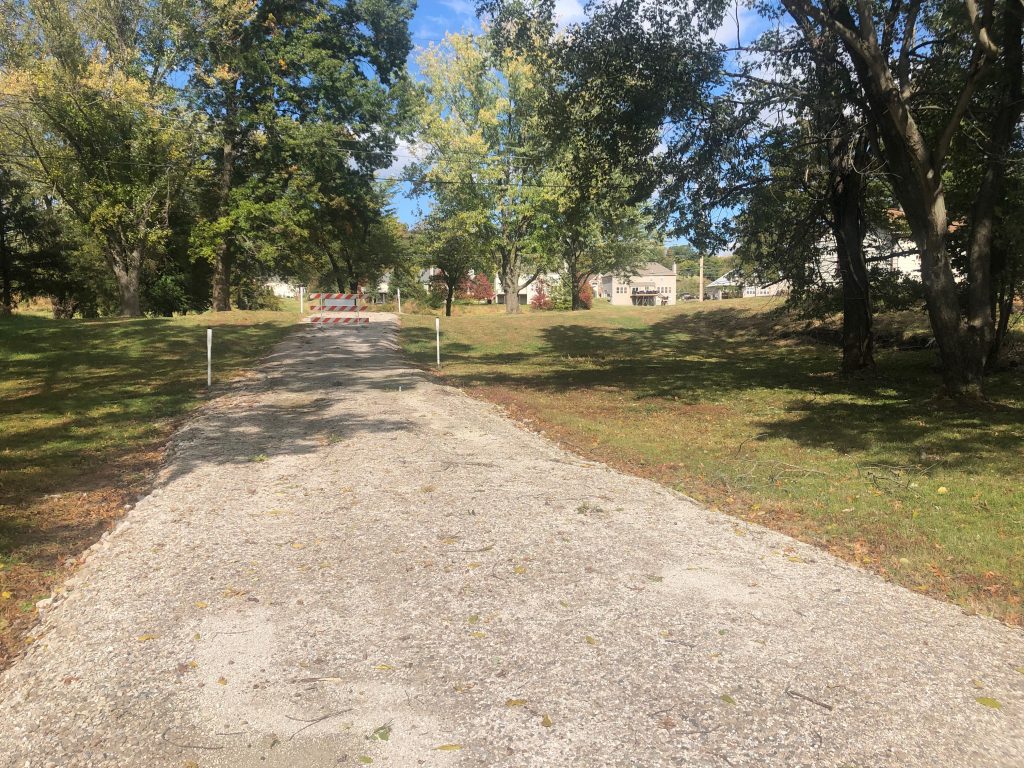 Armengol told the board that the road was crucial for his business, and would only be used in the event that flooding prevented access to the main entrance, or emergency vehicles need to access Andre’s.

“I have a couple plans. One… to beautify the sides of the road… With the beautification, it would be very difficult for anyone driving on West Watson to even notice that a temporary road exists there. I also took it a step further… and I have a drawing and bid to add four culverts underneath the road which would help,” said Armengol. “I’m trying to save my business at the Sunset Hills spot. People are not going to book… their daughter’s event at the location without the backup of a temporary entrance. As far as the FEMA situation goes, a temporary road is an option through a FEMA purchase.”

Armengol added that efforts to locate the property owners of land adjacent to the temporary road were fruitless. The suggestion had been brought up at previous meetings that Armengol buy that property instead and construct a permanent road.

The board did not come up with any decision at the meeting, other than telling Armengol to continue looking to purchase property for a permanent road and that the city would research legal options for leasing the flood-purchased land to Armengol.