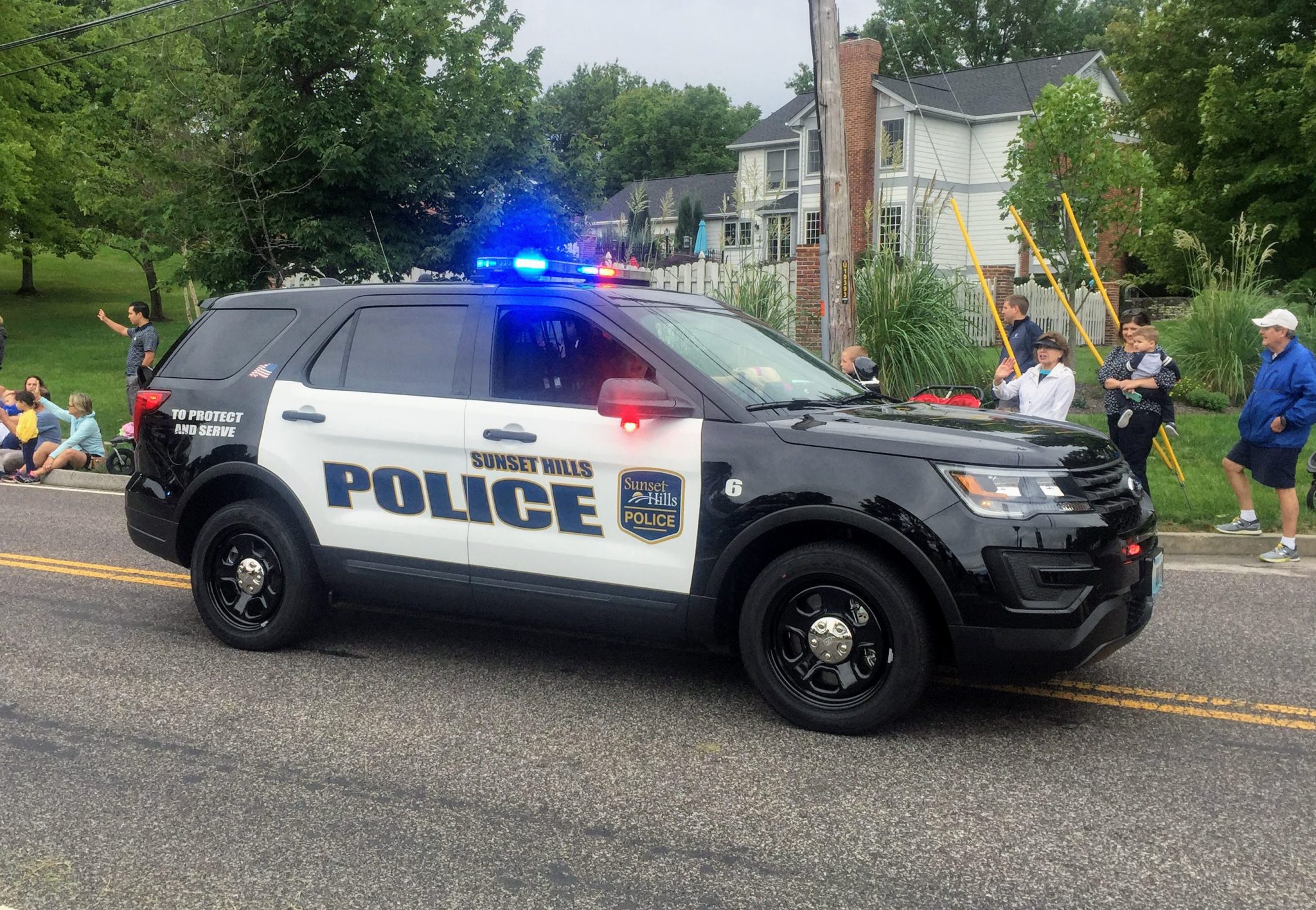 Pictured above: The Sunset Hills Police Department drives in the SunCrest Fest parade in September 2018. Photo by Gloria Lloyd.

Sunset Hills police are searching for two suspects after an armed robbery Monday morning at the BP gas station on South Lindbergh.

The BP gas station, 4504 S. Lindbergh Blvd., was robbed about 5:10 a.m. Monday by two men who entered the store and displayed a gun, the Sunset Hills Police Department said.

The first suspect, labeled Suspect 1, displayed a black semiautomatic handgun and ordered the male clerk to the floor, police said.

An undetermined amount of cash was stolen, and the two men fled in a white older model passenger car.

The clerk was not injured in the robbery.

Police gave this description of the two suspects:

Anyone with information regarding the identity of these suspects is asked to call the Sunset Hills Police Department at 314-849-4400.

No video of the robbery is available at this time, the department said.