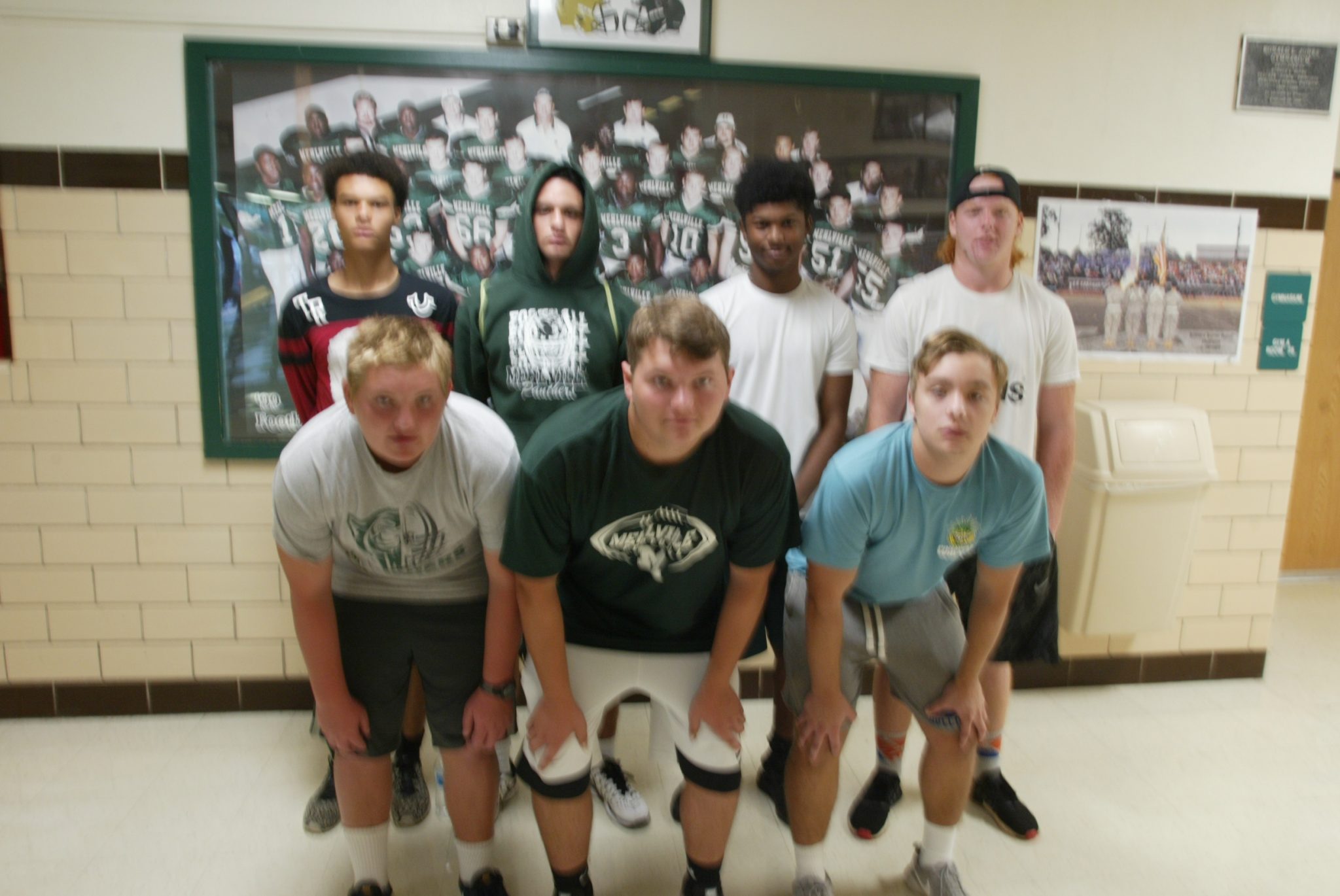 Mehlville High football head coach Kent Heinemann believes that hard work in the offseason will pay off on the field this fall. Photo by Bill Milligan

Last year was a tough year for the Mehlville Senior High varsity football team, and the Panthers are hoping that a successful summer campaign will improve on the team’s 2-8 record the last two years.

“It was a long summer, and the guys have worked really hard,” head coach Kent Heinemann said. “We’ve got a ways to go, but I’m excited about the way we’re going.”

Junior quarterback/defensive back Evan Robertson returns for the 2018 season after completing 61 of 118 passes for 921 yards and 10 touchdowns in 2017. The Panthers’ head coach is excited about the progress that Robertson has made since last year’s season.

“Physically, Evan has changed quite a bit,” Heinemann said. “He’s physically taller, thicker and more mature. We’re really happy with his progress in the offseason.”

Senior running back/defensive back Jai’ryn Pruitt returns as the team’s leading rusher with 83 carries for 630 yards rushing and five touchdowns. On the defensive side of the ball, Pruitt racked up 11 tackles and one fumble recovery.

“Jai’ryn’s very fast and very athletic,” Heinemann said. “He’s matured a lot since last year and is making even better decisions on the field.”

Another solid option in the Mehlville running game this year will be senior running back/linebacker Ibrahima Sy. During the 2017 season, Sy carried the ball 26 times for 132 yards rushing and 4 touchdowns. On defense, Sy led the Panthers with eight sacks while also amassing 71 tackles and one fumble recovery. Sy is “just a tough-nosed football player,” Heinemann said.

Other standouts on the squad are seniors Pierre Baker and Tyler Hemmelgarn and juniors Mitchell Walters, Will McCaine and Charlie Galentine.

Left tackle Walters is “not getting the publicity that the kids at the private schools get,” Heinemann said. “But in the end, I think that Mitchell is going to be a Division I-caliber kid.”

McCaine is “a year older, is more mature and much more of a leader,” Heinemann said. And just like the team, placekicker/punter Galentine is also stronger, he said.