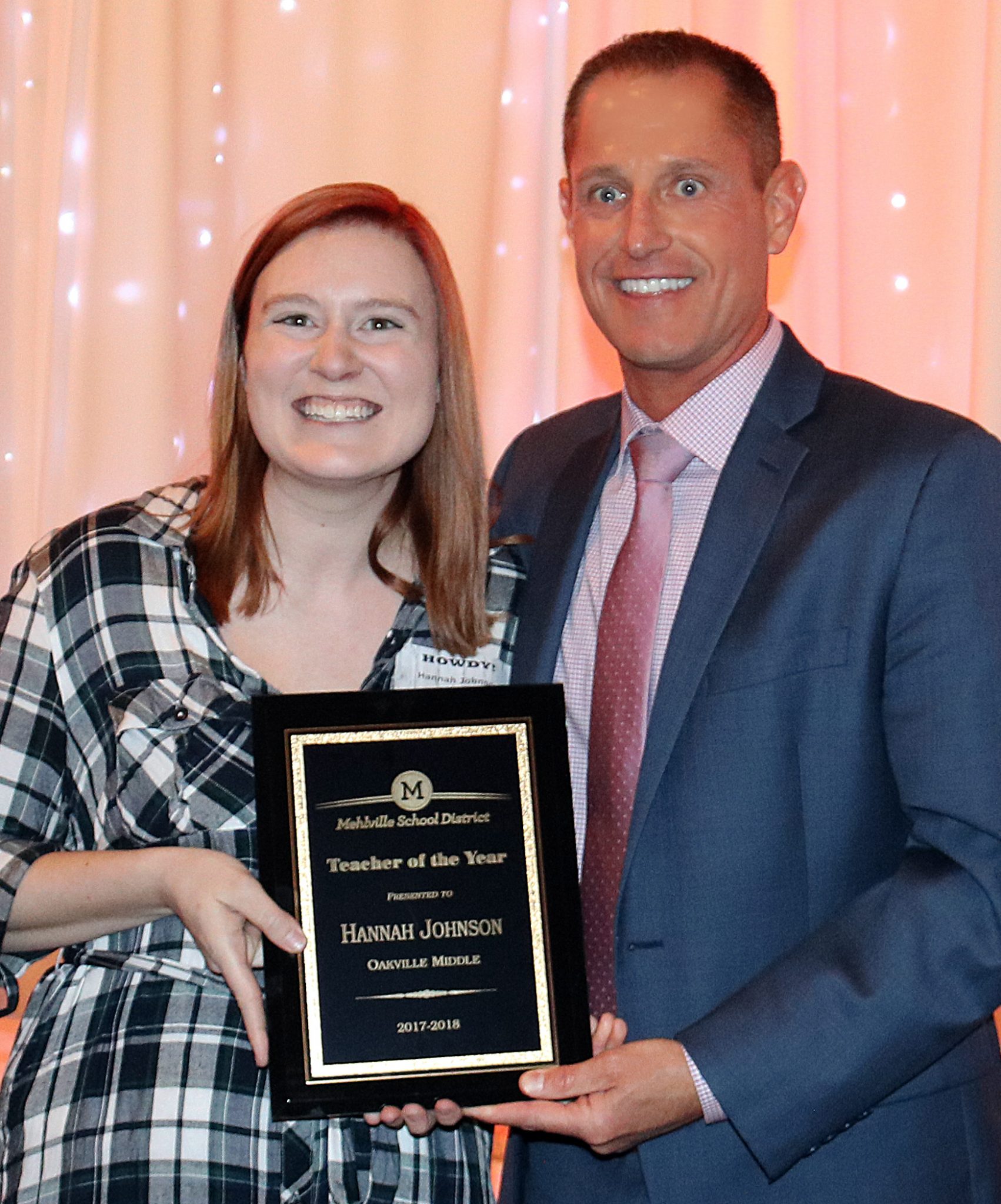 Oakville Middle teacher Hannah Johnson was honored last week as the Mehlville School District Teacher of the Year for the 2017-2018 school year.

The honor was presented during the district’s annual Recognition Night celebration.

Johnson was selected from a group of 19 teachers who were chosen as Teachers of the Year by their individual schools, according to a district news release.

This is Johnson’s fifth year at Oakville Middle. She teaches sixth-grade English Language Arts. She previously taught for one year at Point Elementary.

Oakville Middle Principal Mike Salsman said, “Hannah is a teacher who brings her classroom to life. Students in her class are always exploring, questioning and discovering the world around them through reading, writing and critical thinking.”

Teachers at Oakville Middle praise Johnson’s involvement as a STEM innovator and for helping with the standards-based grading pilot program at the school.

Johnson now advances to become a candidate in the selection of the Missouri Teacher of the Year.