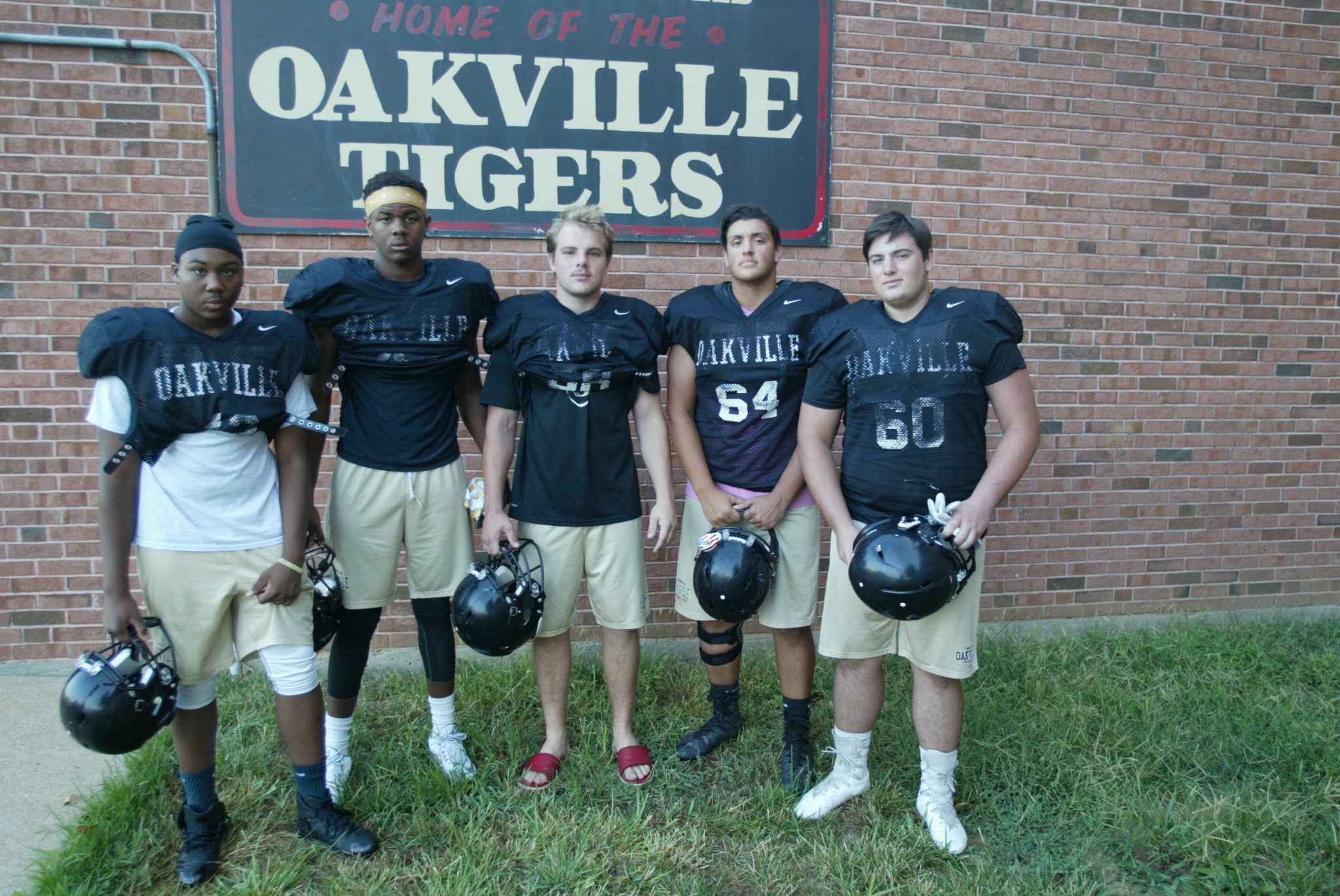 On the heels of a long and disappointing season that ended with a small taste of victory last year, the Oakville High School varsity football team will try to use its late-season success to its advantage and improve overall in 2017.

The Tigers went just 2-8 last year, winning two of their last three games, and head coach Arlee Conners told the Call that he hopes to build on that success.

“Well, after going 2-8 last year, expectations are to do better than that,” he said. “That was definitely very trying. We started off last year 0-7. Some of those games we should have won, and those kids came through in the end.

“They had a good strong finish, so we hope to capitalize on that.”

Highlighting a list of returning starters from last season is middle linebacker Chase Giorgi, who was an All-Conference player last year.

“He is our leader on defense,” Conners said.

Interior linemen who will anchor both the offense and defense are Connor Mandrell and Tyler Eaton. The Tigers also return their lead receiver from last year, Gerrelle Golden.

Feeding him passes will be quarterback Jordan Jost, who started half of the season last year.

“He was in there for the wins that we were able to get,” Conners said. “He was quarterback for those wins, and he showed a lot of progress last year and we hope that continues through this year.”

As the season gets underway, the coach said he will lean on his defense a little bit more.

“Strength is definitely defense. We’ve got some pretty veteran quality kids that have a good reputation on defense,” he said. “Offensively, we don’t have too many guys that have had a lot of opportunities.

“But defensively, we have more people, so we feel that is going to be the strong suit of the game …”

Executing the details is going to be a key factor in having success this season.

“It’s the same every year about making teams beat you,” Con-ners said. “You can’t beat yourself, and we just got to be sound in the things we do, try to limit the negative plays and the penalties and things like that and let the chips fall where they may — make the other team beat us, not beat ourselves. I think that’s what we did a lot last year.”