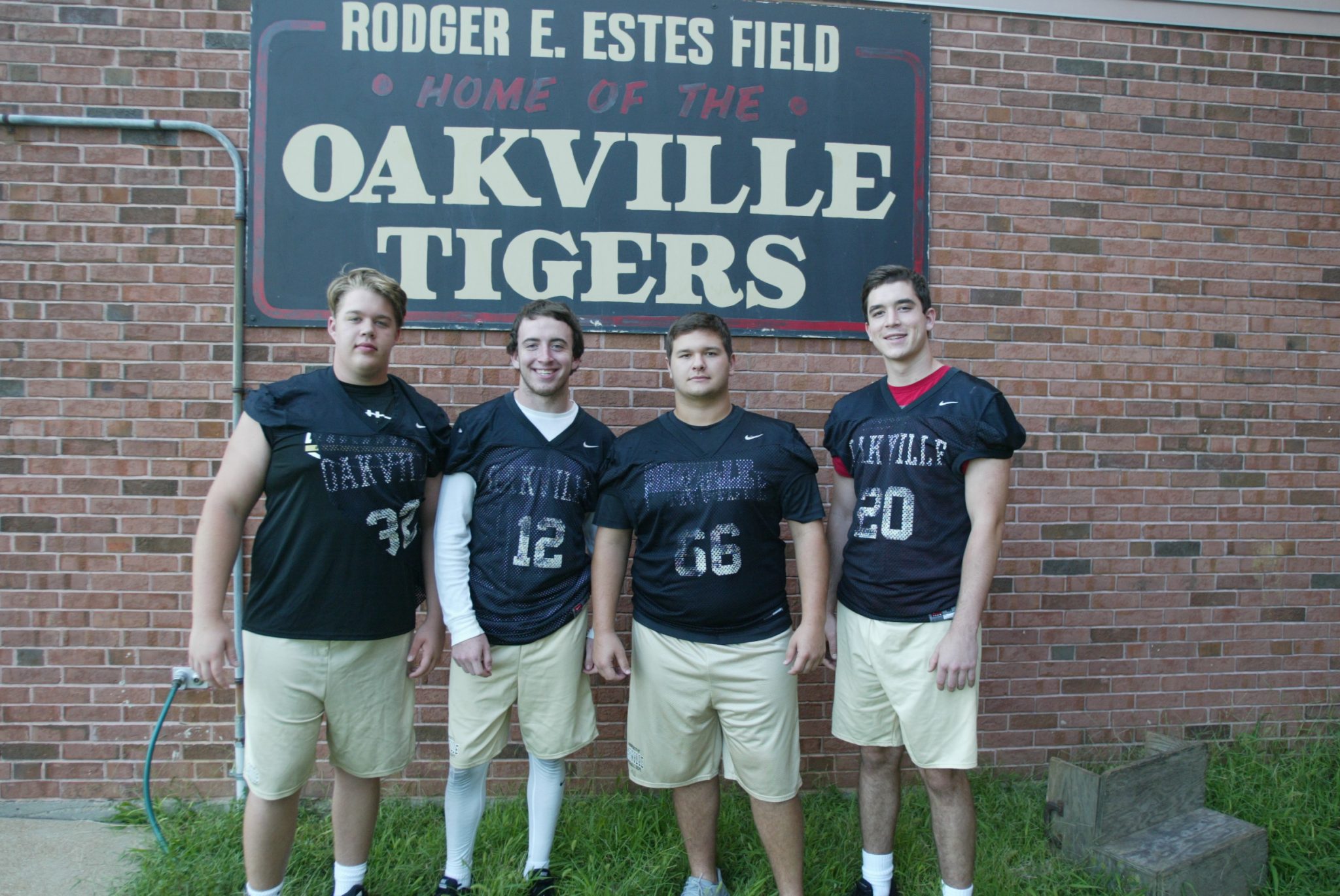 Oakville High head coach Arlee Conners is pleased with the hard work his players put in during the offseason and hopes that translates to wins on the field this fall. Photo by Bill Milligan

After a solid summer campaign, the Oakville Senior High varsity football team is looking forward to seeing what kind of progress they’ve made after going 3-7 during the 2017 season.

“We’re coming around,” Oakville head coach Arlee Conners said. “We’ve got a lot of kids on the team, and I can definitely see the improvement. I really like the direction that this team is going.”

Conners believes that the Tigers can be a formidable opponent as long as his squad plays smart football.

“Being a young team, the key to our success is going to be eliminating mistakes and negative plays,” Conners said. “We eliminate those, and I feel good about playing anyone on our schedule.”

The Tigers have several seniors returning on the offensive and defensive side of the ball that Conners is looking forward to coaching this season.

Wide receiver and defensive back Gerrelle Golden should prove to be one of the top seniors in the St. Louis area after leading the Tigers with 43 receptions for 620 yards and a total of 11 touchdowns. On defense, Golden recorded 13 tackles with three interceptions and one fumble recovery. Golden is the younger brother of Arizona Cardinals defensive end Markus Golden.

“Gerrelle is going to be a big part of what we are able to do this season,” Conners said.

“We’re going to put a lot of emphasis on getting the ball in his hands, as he’s one of the top guys in the area.”

Senior center and nose guard Tyson Eaton is another player that Conners is expecting to have a breakout season.

“Tyson’s been on the varsity team since his freshman year,” Conners said. “We’re really expecting big things from him this season.”

“He won’t be the first sophomore quarterback in my time at Oakville,” Conners said. “He’s a true student of the game and just has a good feeling and awareness on the field that we feel as if he can manage the offense in the way that we want.”

The Tigers opened up the 2018 season at home against Hazelwood West on Friday, Aug. 24 — after press time.