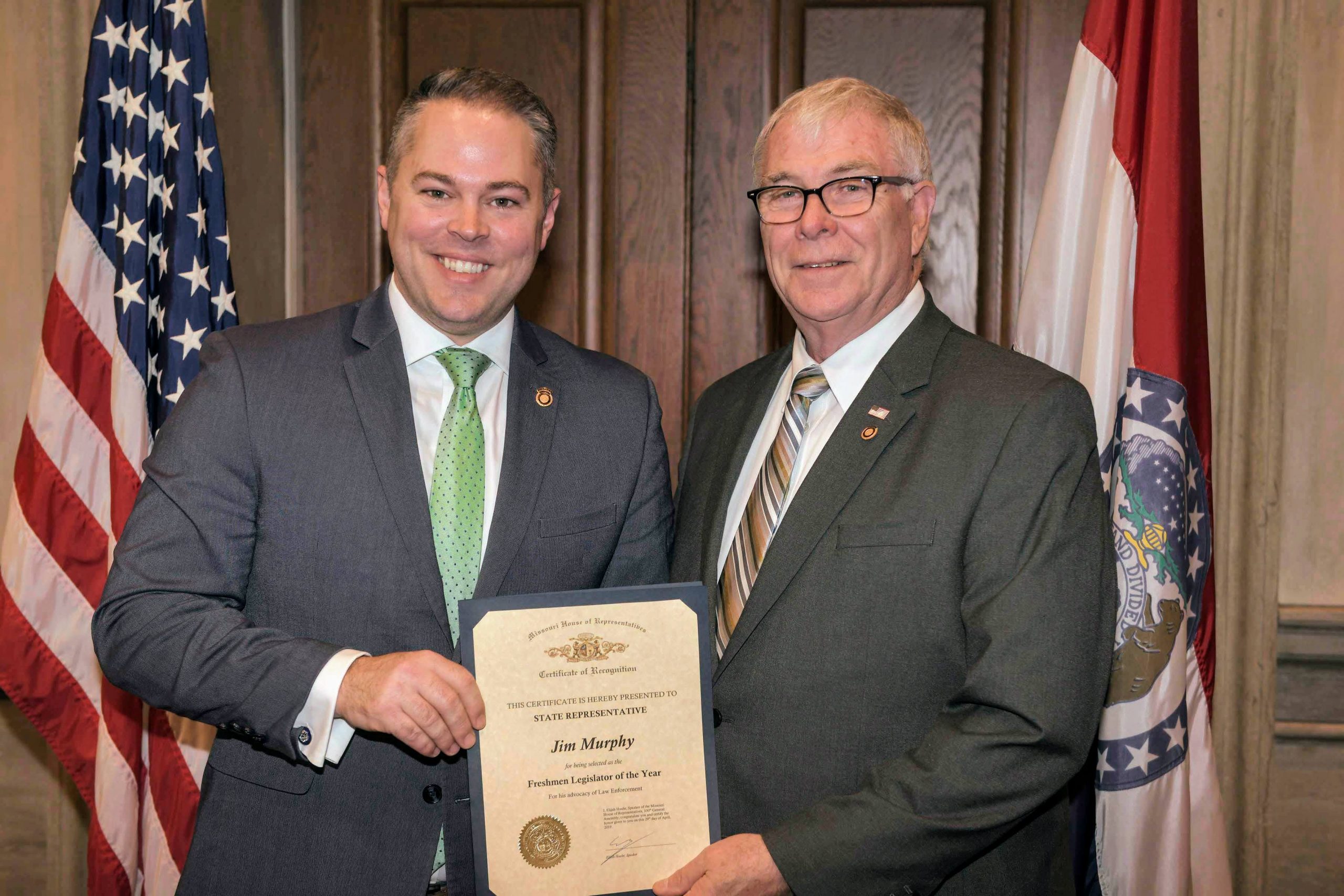 Rep. Jim Murphy, R-Oakville, announced that he is running for re-election in the 94th District. ‘It has been a great honor representing the 94th and there is much work left to be done,’ Murphy said in his announcement. “During my first session I… stood up against the city-county merger and fought for the rights of the unborn, worked on criminal justice reform and I proudly spoke out on behalf of our great law enforcement… I… took part in numerous seminars and retreats on education, pharmaceuticals, drug trafficking and health issues. I did this so that I can make informed decisions on issues based on fact rather than political rhetoric.”

One of Murphy’s bills, the Cloria Brown Memorial Highway Bill, was the first bill passed by the 100th General Assembly in 2019 and the first bill signed into law by Gov. Parson.

“It is believed this is the first time in Missouri’s history that a freshman’s bill was the first bill truly passed by the General Assembly,” Murphy said.

Murphy was recognized by Missouri House Speaker Elijah Haahr as ‘Freshman Legislator of the Year’ during the 2019 legislative session, an award that honors Murphy’s efforts to change Missouri law to give law enforcement an additional option to ensure criminals are prosecuted.

He was also named a champion of business by the Missouri Chamber of Commerce.