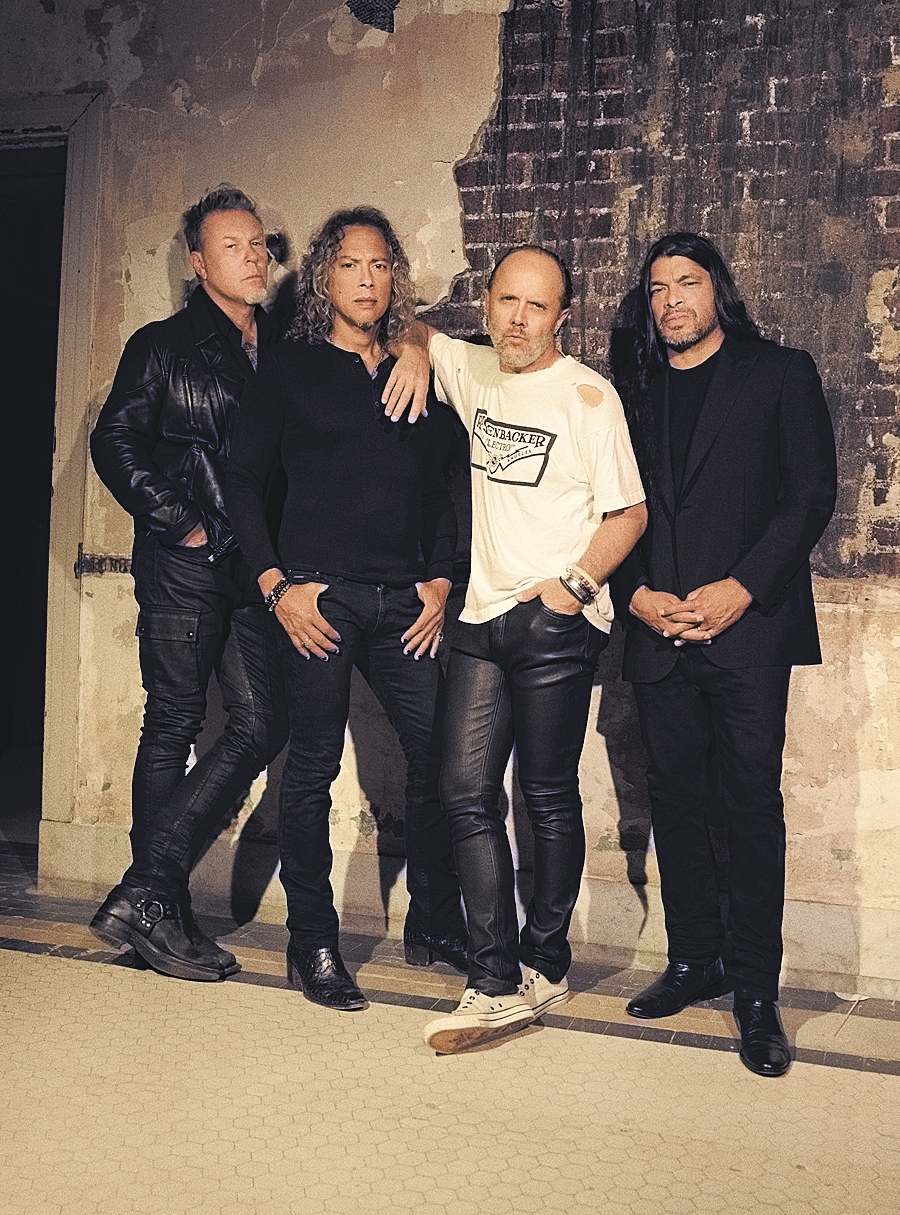 By ALAN SCULLEY
For the Call

It’s said absence makes the heart grow fonder.
That seems to have been the case for Metallica.
Despite going eight years between studio albums and not doing a full-fledged tour for more than six years, Metallica may have returned more popular than at any time in the past 25 years with their latest album, “Hardwired … to Self-Destruct.”
The album debuted at No. 1 on the Billboard Top 200 chart and has topped 3 million copies sold worldwide so far, an impressive — perhaps downright astonishing — showing at a time when rock artists have struggled to sell albums.
Now, Metallica didn’t totally drop out of sight after finishing its tour supporting the 2008 album, “Death Magnetic” and last November’s release of “Hardwired … to Self-Destruct.”
There was a 2011 collaborative album with the late Lou Reed, “Lulu”; a 2013 concert film/drama, “Metallica: Through the Never”; a mini-tour in 2014; and since then, a few high-profile television appearances and occasional concerts.
But clearly a lot of acts would have lost some momentum by staying off the music- world grid to that extent for the better part of six years.
Guitarist Kirk Hammett, though, has some thoughts about why Metallica returned so emphatically with “Hardwired … to Self-Destruct.”
“I think for right now there’s a little bit of a vacuum in like us and bands that sound like us,” he said. “There are a lot of great new bands out there, but I think people yearn for something that they know is made in a real sense. I think there’s a bit of authenticity that comes with us that might not be attached to some of the more contemporary bands.
“We can be counted on to deliver in some form or another, something that’s real and authentic and something that has integrity,” Hammett said. “I think that really means a lot to some people these days when a lot of music is just kind of like made by pressing a button … People can count on us showing up with our instruments and actually making music right there in the moment.
“And we deliver. Whatever you hear on our album, we can play live. I will not even like try to count how many bands are incapable of that. I think that’s part of it.”
The idea that Metallica stands apart on the music scene is a theme that echoed through this interview with Hammett. He noted that there has always been an outsider mentality to Metallica, and this existed from the moment in 1983 when he joined guitarist/singer James Hetfield, drummer Lars Ulrich and late bassist Cliff Burton — who died in a 1986 bus accident on tour — in the group.
“Maybe that’s part of what drives us,” Hammett said. “That outsiderness shapes our musical thinking. I’m not going to dive into that too deeply, but I think it plays a big part in our overall attitudes and perspective.”
Certainly Metallica’s thrashy, fast-paced sound that was introduced on the 1983 album “Kill ’Em All” was a different type of metal at the time. And while the group tightened up its song arrangements and added a dose of melody on the 1991 self-titled release commonly known as the “Black Album” — a move that helped the album sell 16 million copies in the United States alone — Metallica was still harder and heavier than most metal bands.
The band hasn’t softened its sound since, and if anything, “Death Magnetic” and now “Hardwired … to Self-Destruct” have been seen as at least a partial return to the faster and harder early sound of Metallica.
Hammett agrees there is a return-to-roots element to “Hardwired…to Self Destruct,” and said the band has naturally gravitated to this place musically.
Metallica is integrating the new songs into the live sets on its run of outdoor stadiums in the United States that extends to early August. Hammett said playing in stadiums is a different experience than even large arenas, and the band has had to learn some skills to connect with audiences in this setting.
“You try to communicate with wider, sweeping gestures,” he said. “You try to make as much eye contact as possible, which is super important in a big stadium because if you just sit there and you’re not making eye contact, you might as well be in a room somewhere looking down.
“And it’s a lot more work,” Hammett said. “You have to cover the stage. The stage is about 75 yards, 100 yards, which is as long as a football field. And it’s just more work. But we’ve been doing it for a long, long time. We’re accustomed to going into stadium mode.”
Metallica will perform at 6 p.m. Sunday, June 4, at Busch Stadium, 700 Clark St., St. Louis.